The Kings Felipe VI and Letizia will preside over the traditional Military Easter this Friday at the Royal Palace of Madrid which, after two years of limitation due to the pandemic, will once again have the usual number of guests at the event, the starting signal for the military year. 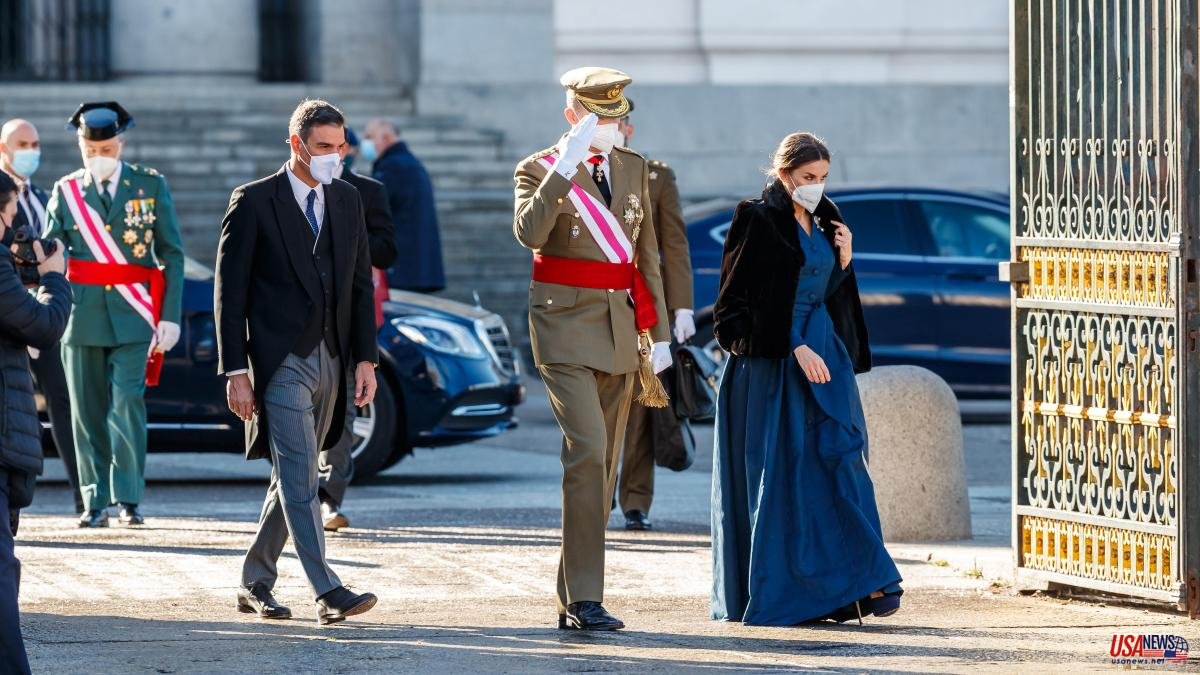 The Kings Felipe VI and Letizia will preside over the traditional Military Easter this Friday at the Royal Palace of Madrid which, after two years of limitation due to the pandemic, will once again have the usual number of guests at the event, the starting signal for the military year.

This will be the ninth time that Don Felipe presides over the ceremony, which dates back to the reign of Carlos III. The then monarch wanted to commemorate the recovery of Mahón (Menorca) in 1782 from the hands of the British and for this he ordered the viceroys, captain generals, governors and commanders to gather the garrisons every January 6 to convey their congratulations.

After in the last two years due to the restrictions due to Covid-19 only a third of the usual guests could attend the event, this time 169 people are expected to attend, including the President of the Government, Pedro Sánchez , the Minister of Defense, Margarita Robles, and the Minister of the Interior, Fernando Grande Marlaska, as well as all the members of the military leadership, as reported by Zarzuela.

The appointment, in addition to beginning the military year, makes it possible to take stock of the previous year and set lines of action for the following twelve months.

If in 2022 the King valued the actions of the Armed Forces in situations such as the evacuation of Kabul, the Filomena storm or the eruption of the La Palma volcano, on this occasion his speech will most likely mention the war in Ukraine and the the contribution that is being made from Spain.

The event will start at noon with the arrival of the Kings at Plaza la Almudena, where Sánchez will receive them. Then, in the Patio de la Armería of the Royal Palace, they will be greeted by both Robles and Marlaska as well as the Chief of Defense Staff (JEMAD), Admiral General Teodoro Esteban López Calderón, for whom it is his first Easter in the post; and the Chief of the Military Quarter, General Emilio Juan Gracia Cirugeda.

Next, honors will be rendered (national anthem and 21-gun salute) and the King will review. After that, Don Felipe and Doña Letizia will go inside the Royal Palace, where after ascending the Ambassadors Stairs and after passing through the Throne Room, they will settle in the Gasparini Room to greet all the guests.

Once the greeting is over, both will move to the Throne Room, where the King will award decorations to a total of 20 troops from all the armies and the Civil Guard and of all types of graduation, Zarzuela has specified.

After that, the Minister of Defense will take the floor before Don Felipe offers his speech, with which the act itself will be considered finished. This year, once again, what the Casa del Rey calls a "social act" is scheduled to take place and will allow the Kings to converse in the Hall of Columns with all the guests.

Previously, Don Felipe and Doña Letizia will hold a brief meeting with Sánchez, Robles, Marlaska and the main authorities of the Ministry of Defense and Civil Guard, while the Minister of Defense is expected to be in charge of offering a small toast during the cocktail.