The King will start the New Year in Brazil

The King will debut in New Year in Brazil, where he will travel at dawn on the 1st to attend the inauguration of the new president Luiz Inácio Lula da Silva that same day. 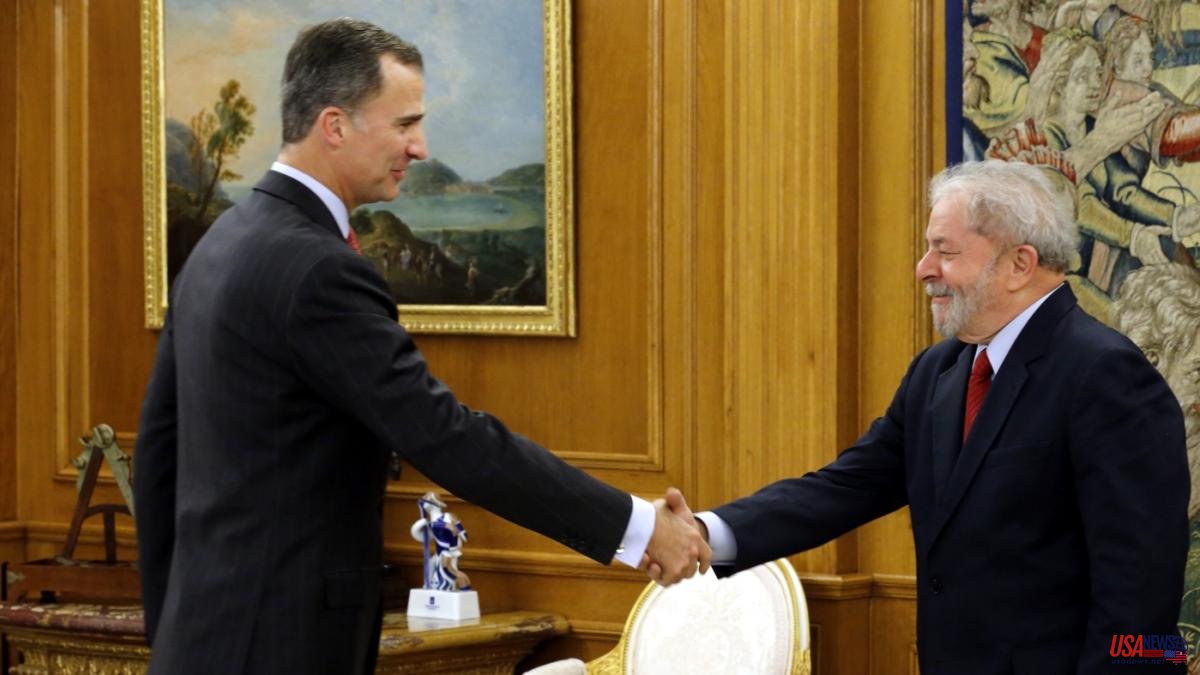 The King will debut in New Year in Brazil, where he will travel at dawn on the 1st to attend the inauguration of the new president Luiz Inácio Lula da Silva that same day. The Head of State will be accompanied by the Second Vice President and Minister of Labor and Social Economy, Yolanda Díaz, and the Minister of Foreign Affairs, European Union and Cooperation, José Manuel Albares.

The transfer of power ceremony in Brazil will be the eightieth that he has attended in Latin America, since he was present in January 1996 at the inauguration of Álvaro Arzú in Guatemala. Felipe de Borbón has attended, first as Prince of Asturias, and later as Head of State, practically all of the presidential relays, after King Juan Carlos, in agreement with the Government of Felipe González, decided to entrust the heir with the representation of Spain in the Ibero-American countries, a preferential area of ​​attention of Spanish foreign policy. The objective was to build a new field of relations marked, until then, by the colonial history that united Spain with America for four centuries.

As Prince of Asturias, he attended 69 inaugurations. After the proclamation of Felipe VI, it was King Juan Carlos who inherited the task of representing Spain in the Ibero-American takeovers, but after his presence in those of Uruguay, Brazil and Argentina, the formula did not work. Despite the predicament of the previous monarch in Latin America, neither his physical condition nor his spirit were the ones indicated for these tasks.

Once again it was Felipe de Borbón who, according to the Government, first with the one chaired by Mariano Rajoy and now with that of Pedro Sánchez, assumed the representation of Spain in the presidential transfers.

In the 27 years that have elapsed since his first commission, he has been in contact with practically all of the Ibero-American leaders, which has allowed him to learn first-hand about the current situation in this priority area for the interests of Spain which, given the shared history, has become position as a privileged interlocutor. In almost three decades, he has been a direct witness to the changes in leadership and the progress processes in various countries; The presence of Felipe de Borbón, as prince and as King, always has the endorsement of the Government and in accordance with the relations with the different countries. Since Felipe de Borbón began to travel to the inaugurations, Latin America has advanced in processes of democratization and development in which Spain has been attentive and involved.

During 2022, the King has been present at the inaugurations of Xiomara Castro (Honduras); Gabriel Boric (Chile), Rodrigo Chaves (Costa Rica) and Gustavo Petro (Colombia).

Felipe de Borbón has made official trips to practically all Latin American countries, the last ones already as state visits, such as the one he made to Cuba in November 2019, a pending issue for King Juan Carlos. After his proclamation in 2014, he has also attended the Ibero-American summits held in American territory: Veracruz (Mexico); Cartagena de Indias (Colombia) and Antigua (Guatemala), in addition to the one held in Andorra in 2021

In the note made public this Tuesday by the Ministry of Foreign Affairs, it is noted that the attendance of the King and the two members of the Government "reaffirms Spain's will to continue strengthening the solid ties of friendship that unite Spain and Brazil, ties that are accompanied by shared values ​​that benefit our citizens." The Presidency of the Federative Republic of Brazil has also announced the presence at the ceremony of the presidents of Portugal, Germany, Angola, Argentina, Bolivia, Cape Verde, Chile, Colombia, Costa Rica, Guinea-Bissau, and East Timor.