The jurist Dolors Feliu, new president of the ANC

The national secretariat of the Catalan National Assembly (ANC) has elected the jurist Dolors Feliu (Roda de Ter, 1964) as president of the entity and will thus relieve the economist Elisenda Paluzie. 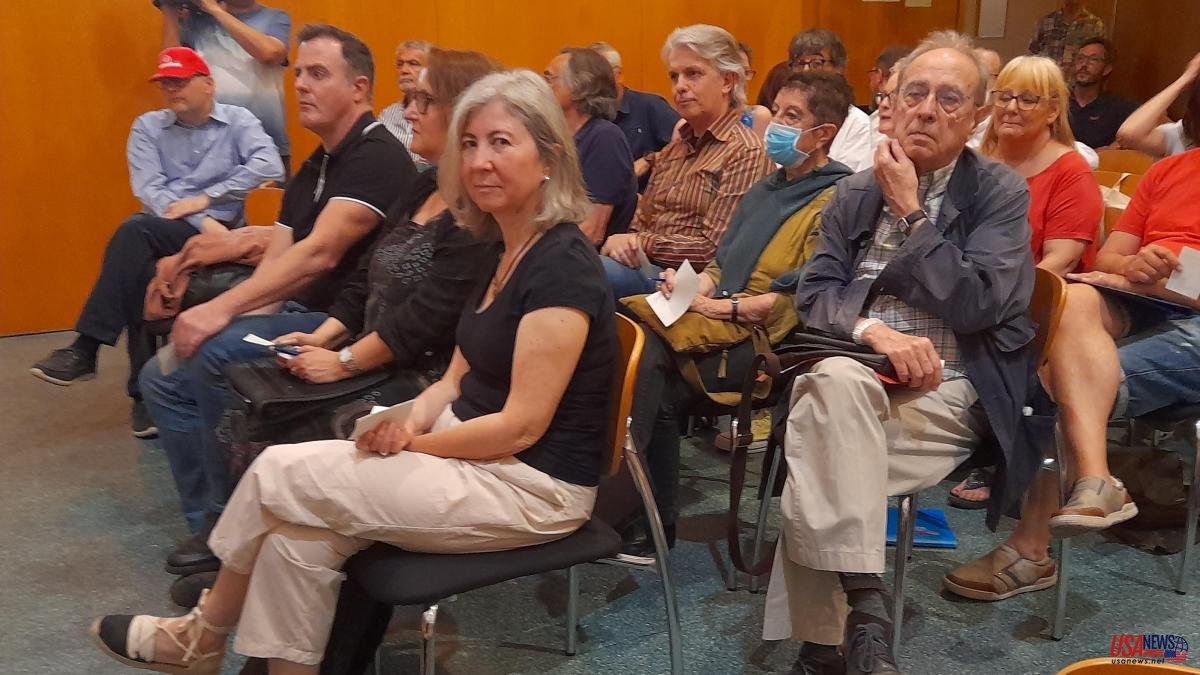 The national secretariat of the Catalan National Assembly (ANC) has elected the jurist Dolors Feliu (Roda de Ter, 1964) as president of the entity and will thus relieve the economist Elisenda Paluzie. After the votes of the seventy members of the management, meeting this morning in Vilafranca del Penedès, the new leader of the association has finally prevailed over the clown and activist Jordi Pesarrodona (Sant Mateu de Bages, 1960), who had also opted for president. Feliu has obtained 48 votes, while Pesarrodona has obtained the support of 16 members of the management.

Of all the leadership changes in the independence sphere carried out so far, that of the ANC has been the only statutorily forced one. The entity's regulations prevent its organic positions (presidency, vice-presidency, secretary and treasurer) from being held for more than two terms. Feliu will be at the head of an entity that is not experiencing its best moments precisely on the tenth anniversary of its creation, with the lowest degree of pro-independence mobilization since the ruling of the Constitutional Court on the Statute, in 2010. However, the Assembly continues maintaining some success in the demonstrations for the Onze de Setembre.

Paluzie had led the association since 2018. During his mandate, he experienced its peak with the protests over the 1-O ruling, in October 2019, led by Tsunami Democràtic, but the covid pandemic and a political landscape led by Esquerra Republican from the Palau de la Generalitat more inclined to dialogue with the Government, they have undermined the capacity of influence of the Assembly, much more willing to unilateralism and confrontation against the State. This is precisely one of the reasons why, in the last roadmap, the partners approved the possibility of drawing up a "civic list" to run for the elections to the Parliament apart from the pro-independence parties.

That the ANC is experiencing low hours was also reflected in last week's elections. As happened with Jordi Sànchez on two occasions, Feliu will be president despite not being the most voted for by the full members of the ANC. In first place was Jordi Pesarrodona, and in third position, the writer and former deputy of the CUP, Julià de Jòdar. In any case, if in 2020 some 57,000 votes were counted, this year they barely exceeded 28,000.

Dolors Feliu is a lawyer by profession and started as the favorite for the presidency of the ANC before Pesarrodona's irruption. She has experience in the Generalitat, where she served as director of the Serveis Consultius i Coordinació Jurídica between 2011 and 2019, with the governments of Artur Mas, Carles Puigdemont and Quim Torra. In fact, Feliu was a member of Convergència and the PDECat from 2008 to 2018. Likewise, his political experience extends to the electoral level, since he took part in the Junts pel Sí list that was presented in the elections of September 27, 2015. He was at the Consell per la República, but decided to step aside in April this year to focus on the ANC.

Pesarrodona is also second vice president of the Assembly of Representatives of the Consell per la República, which Carles Puigdemont chairs from Waterloo. His name was in vogue in 2017, for a photo he took with a clown nose next to a civil guard during the searches of September 20, 2017. He was a councilor for ERC in the Sant Joan de Vilatorrada City Council from 2011 to 2018, but left the party shortly after in disagreement over the abandonment of the unilateralism of those of Oriol Junqueras as the preferred route. In 2020 he was sentenced to fourteen months of disqualification from public office for his participation in 1-O. In 2021, he presented himself as number 33 on the Junts per Catalunya list for the regional elections on February 14.