The investigating judge number 7 of Barcelona has left Roger Español, the citizen who lost an eye due to the impact of a rubber ball, for an attack against the authority, one step away from trial, and four agents of the National Police for their actions in the altercations that took place in Sardenya street in Barcelona and its surroundings on October 1, 2017 during the Catalan independence referendum illegalized by the Constitutional Court. 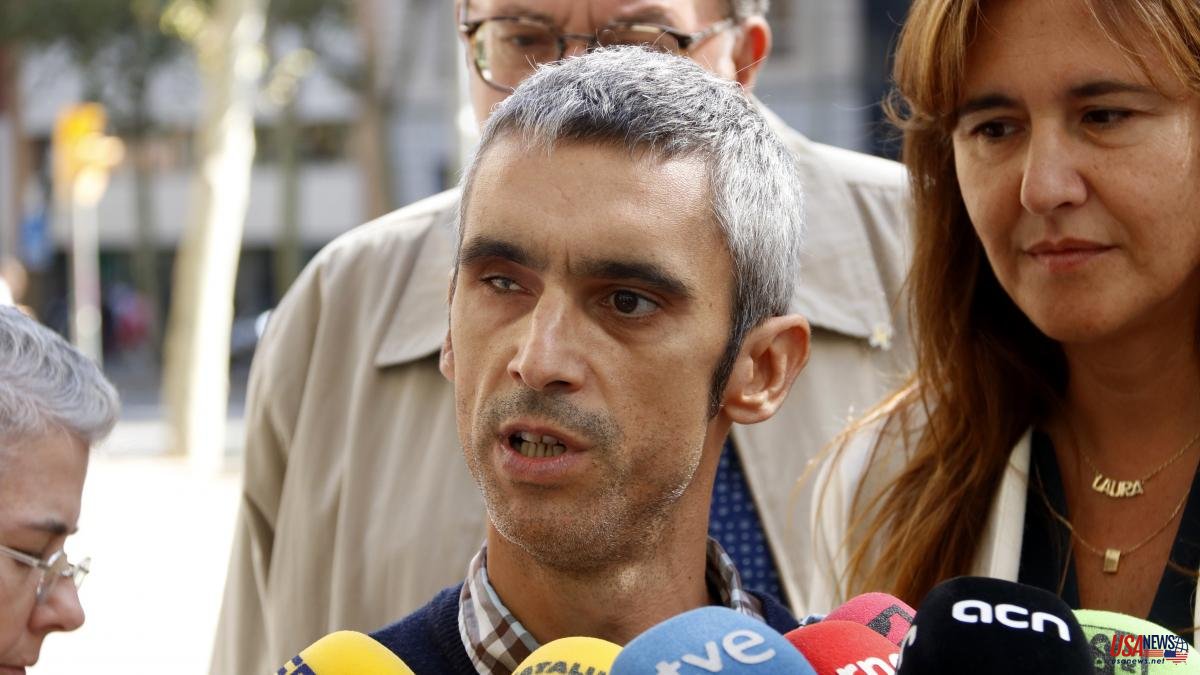 The investigating judge number 7 of Barcelona has left Roger Español, the citizen who lost an eye due to the impact of a rubber ball, for an attack against the authority, one step away from trial, and four agents of the National Police for their actions in the altercations that took place in Sardenya street in Barcelona and its surroundings on October 1, 2017 during the Catalan independence referendum illegalized by the Constitutional Court.

In an order known this Tuesday, Judge Francisco Miralles Carrió has issued the indictment for the four agents for a crime of injury and for Español, who was later a JxCat candidate for the Senate, for a crime of "attack" on agents of the authority .

Specifically, the magistrate processes the agent who shot the rubber ball that injured Español, "failing to comply with the security measures contemplated in the circular on the use of riot gear." It also prosecutes the person most responsible for police action, "who was the first to use police defense against people sitting on the ground, thus ordering its use by his subordinates, and who ordered and allowed his subordinates to use rubber balls outside of the foreseen assumptions". And he extends the prosecution to two more agents for the use of the defense on people sitting on the ground, "allegedly failing to comply with the regulations regarding the progressive use of means and the use of police defense."

The judge has also agreed not to prosecute for the same facts and, therefore, provisionally and partially file the case for another seven gunmen from the National Police Corps who acted that day at the gates of the Ramon Lull institute, where the events occurred.

The Mossos d'Esquadra identified in February 2020 the gunman who shot Español in an expert report commissioned by the judge. This identification allowed the judge to continue with the criminal case that led to the indictment of up to eleven gunmen from the National Police and Roger Español himself, as a result of the videos that show him throwing a fence at a group of national police officers in retreat.

According to the resolution, Roger Español suffered a blown right eye, with fractures in the anterior and lateral walls of the right maxillary sinus, the lateral and inferior right orbital walls, the nasal process of the right maxilla and the anterior margin of the right zygomatic arch. The treatment consisted of suturing the ocular wounds under general anesthesia, application of viscoelastic, anti-inflammatories and antibiotics; psychological therapy, treatment of insomnia and antidepressants, all surgical medical treatment.

Of the injuries, Español healed in 120 days in which he remained disabled, of which nine were hospitalization. As sequelae, he lost the vision of his right eye, in addition to an important "aesthetic damage" derived from the trauma, paresthesia / hypoaesthesia of the upper quadrant of the right maxilla and anxiety-depressive symptoms.

From the recordings that appear in the case, an account of the facts that the judge exposes in his resolution emerges. In total, according to the police report provided, 17 rubber bullets were fired. One of those shots hit a person in the leg. Another of the shots hit Español in the face, who fell to the ground. According to the videographic expert report carried out by the Mossos d'Esquadra, the ball first hit the ground and bounced in the direction of the wounded man.

The agent who fired the shot was identified in the video of the events, being the one with the number UC563. The order to shoot, which can be heard in the videos provided, was made by agent UC50, the head of that police group on the ground.

From the content of the images, it does not appear that the shots fired were carried out in compliance with the circular on the use of riot gear, since the minimum distance of 25 meters is not respected, nor does the exceptional situation exist, with direct and extremely dangerous attacks required by the same for shooting balls at a distance less than that mentioned.

Prior to the shot being fired, it is observed in the recordings how Español attacks the agents on more than one occasion and, specifically, at a certain moment before suffering his serious injuries, he throws a metal fence at an agent and also kicks one of those fences, who collides with an agent from behind, without it being known that his action directly caused a specific injury to any of them.