Magistrate Carmen Casado of Madrid's contentious-administrative court 30 has decided to lift the precautionary suspension of the issuance of the commemorative stamp for the centenary of the Communist Party of Spain (PCE) that she herself issued when admitting the Lawyers Association's lawsuit for processing. 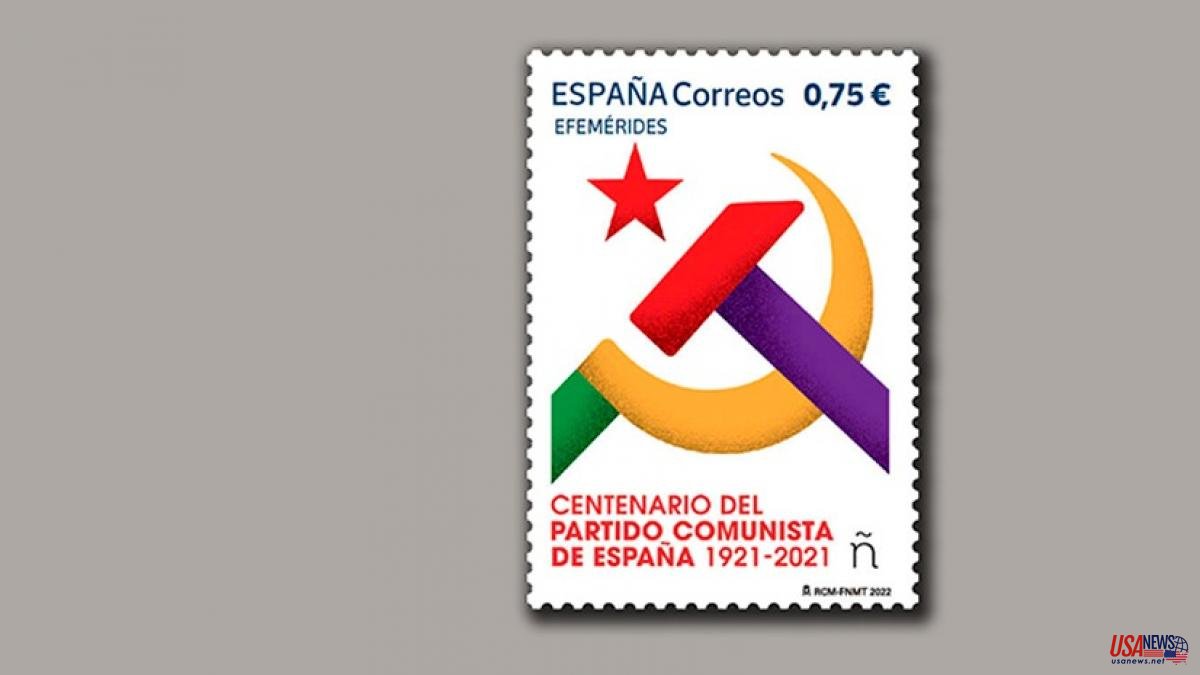 Magistrate Carmen Casado of Madrid's contentious-administrative court 30 has decided to lift the precautionary suspension of the issuance of the commemorative stamp for the centenary of the Communist Party of Spain (PCE) that she herself issued when admitting the Lawyers Association's lawsuit for processing. Christians. The aforementioned association understood that the issuance of the stamp violated the duty of neutrality of public administrations, but the judge has finally dismissed the claim, understanding that the competent Administration has followed "the legally established procedure".

On November 12, the judge issued an order provisionally suspending the issuance of the commemorative stamp of the political organization founded in 1921 and legalized in the first years of democracy, on April 9, 1977. The stamp, which was to be published sale on November 14 with a print run of 135,000 copies and a postage value of 0.75 euro cents, it can now be marketed.

The magistrate attended the petition presented by the ultra Christian Lawyers association, dedicated to "the legal defense of religious freedom, life, family and all citizens who see their rights and freedoms injured because of their faith," according to Without going into the merits of the matter, the magistrate admitted the request until resolving that it arrived this Friday.

In the resolution, the judge exempts Sociedad Estatal Correos y Telégrafos S.A from liability, to which it attributes, by law, "only a few functions of distribution and sale of postage stamps. They were the Undersecretariat of Transport, Mobility and Urban Agenda and the of the Treasury who agreed to "authorize" the issuance of the commemorative stamp, but the magistrate understands that her decision "was adopted by the competent body to resolve" and "once the legally established procedure has been followed" in Royal Decree 1637/2011. The fact that this resolution has not been subject to any challenge means that for the judge it becomes "firm and consented".

With these arguments, the judicial resolution dismisses the association's claim, which it orders to impose the costs caused to the plaintiff in the judicial process.