The judge of the National Court Manuel García Castellón has agreed to summon three former ETA chiefs who were part of the Executive Committee of the terrorist group for their alleged responsibility in the kidnapping and murder of the Ermua PP councilor Miguel Ángel Blanco 25 years ago. 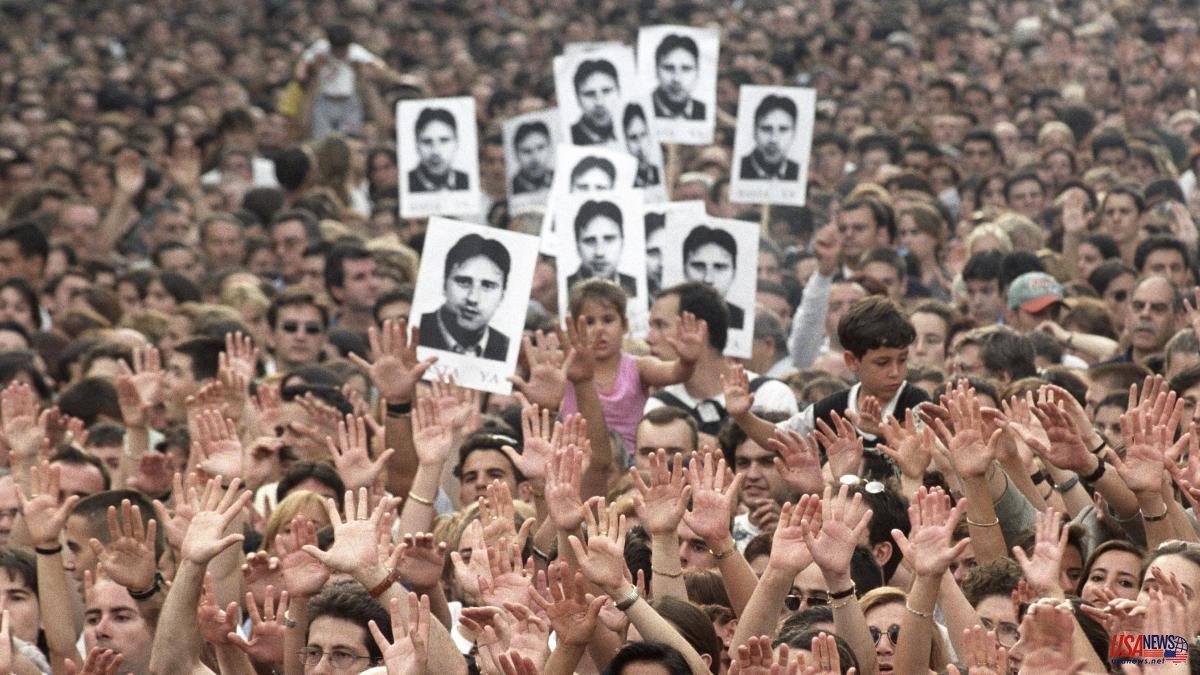 The judge of the National Court Manuel García Castellón has agreed to summon three former ETA chiefs who were part of the Executive Committee of the terrorist group for their alleged responsibility in the kidnapping and murder of the Ermua PP councilor Miguel Ángel Blanco 25 years ago. years.

In a car, the magistrate directs the procedure, initiated as a result of a complaint from the Dignity and Justice Association, against José Javier Arizcuren Ruiz, "Kantauri"; Miguel Albisu Iriarte, "Mikel Antza", and María Soledad Iparraguire, "Anboto", for crimes of terrorist kidnapping and terrorist murder. The judge also considers Ignacio de Gracia Arregui, “Iñaki de Rentería, responsible for the events, although in his case the crimes are considered prescribed.

The head of the Central Court of Instruction 6 makes this decision after receiving the report from the Civil Guard commissioned by the court in order to determine the members of the Executive Committee of ETA (ZUBA) and their possible participation in the kidnapping and murder of the councilor of Ermua.

According to said report, those investigated, despite not being the material executors, had "participation in commission by omission, taking into account the dominant position held by the executive body of the terrorist organization with real capacity during the more than 48 hours in which the kidnapping was prolonged, in order to stop it, being able to deduce from the refusal to do so a manifest intention in the production of the result”.

The judge, who since he was the instructor of the case 25 years ago, relates how after the fall of the leadership of ETA in Bidart, in 1992, the terrorist organization designed a new political-military strategy aimed at ensuring that all forms of struggle caused a constant confrontation with the Government of Spain at all levels, in such a way that it destabilized it with greater intensity than it had endured up to that moment.

Between 1993 and 1994, the new Executive Committee planned and launched the so-called "destabilization strategy", which included the designation of political officials of the PP and the PSOE as targets of ETA, as well as the commission of other attacks or terrorist actions of great destabilizing power such as the kidnapping, for 532 days, of the prison official José Antonio Ortega Lara or the attempted attack against a member of the Royal Family.

The three responsible for the terrorist group now under investigation were part of this new Executive Committee, the letter points out.

In 1997 and within the framework of this "destabilization strategy", the "Direction" of ETA, its "Executive Committee", says the judge, decided to commit terrorist actions against members of the Popular Party, which carried out government tasks in Spain , using a new procedure: the kidnapping of a militant of said formation under the threat of assassination if the Government did not accede to the demands that were raised.

That year, says the order, “the kidnapping of a Popular Party councilor was an absolute priority for the ETA “Management”, an action that had to be carried out precisely in the summer and . This is stated in the documents issued by the leaders of the terrorist organization, in this case handwritten organic communications by the person in charge of the "illegal" commandos of ETA José Javier Arizkuren Ruiz, "Kantauri", addressed to one of his commandos, the so-called Bizkaia ”.

“The victim of this action, Miguel Ángel Blanco, in his capacity as a member of the aforementioned political party, had become a preferential target of ETA, not only of the Donosti command, but of the entire terrorist organization, through the “Executive Committee” of the same, that in the summer of 1997 urgently sought to kidnap and assassinate an elected official of the aforementioned political formation.

The organic communications addressed on those dates by the head of ETA's "Military Apparatus", Kantauri, to another command of "liberated" members of the terrorist organization, the Bizkaia command, made this clear.

For the magistrate, taking into account ETA's way of acting in which its main management structure, its "Executive Committee", was the body where terrorist actions committed by ETA action commandos were decided, planned, directed and authorized , it is unlikely that a terrorist action such as the one carried out against the PP councilor would be carried out by a command without prior decision and planning, as well as concrete and specific orders, emanating from the main management structure of ETA, its Executive committee.

In this sense, states the order, from the analysis of the documents about the apprehended gang and the study of its structure and internal functioning, it can be concluded “that the members of the ETA “Executive Committee” at the time the kidnapping of the PP councilor could have prevented his assassination.”

According to the judge, the members of the ETA "Executive Committee" already mentioned had sufficient command and decision-making capacity over the terrorist activity of the organization to have been able to make the decision not to kidnap the victim, as well as to avoid the ultimate outcome of the kidnapping by having been able to give the Donosti commando the express and specific order to release him.

But despite the multiple calls that, after the kidnapping of the victim, were made by the vast majority of Spanish civil society and the ruling political class at that time, the instructor continues the members of the "Executive Committee" of ETA "They did not carry out any act to end the kidnapping (action committed by the members of the Donosti commando following their guidelines) or the death of the victim, evidencing an unequivocal will in the production of the result", highlights the instructor.

"At no time -he adds- did they try to avoid or prevent, being able to do so, the murder. The terrorist action that the Donosti command carried out could not materialize on its own initiative, but rather it was carried out following the orders and with the express authorization of its superiors, the members of the ETA "Executive Committee".

Likewise, it indicates that they were fully aware of the existence of the kidnapping, not only because they had decided, planned and ordered it, but also because they took responsibility for their kidnapping through the social media shortly after carrying it out, and for the elaboration of the statement justifying the terrorist action, and they were fully aware that they had the means at their disposal to put an end to this situation and its possible final result, the murder of the victim, he concludes.