The Basque journalist Pablo González, who has been in pretrial detention in Poland since February 28 after being accused of espionage for Russia, yesterday received for the first time the visit of his partner, Oihana Goiriena, who found him "well, physically and mentally ". 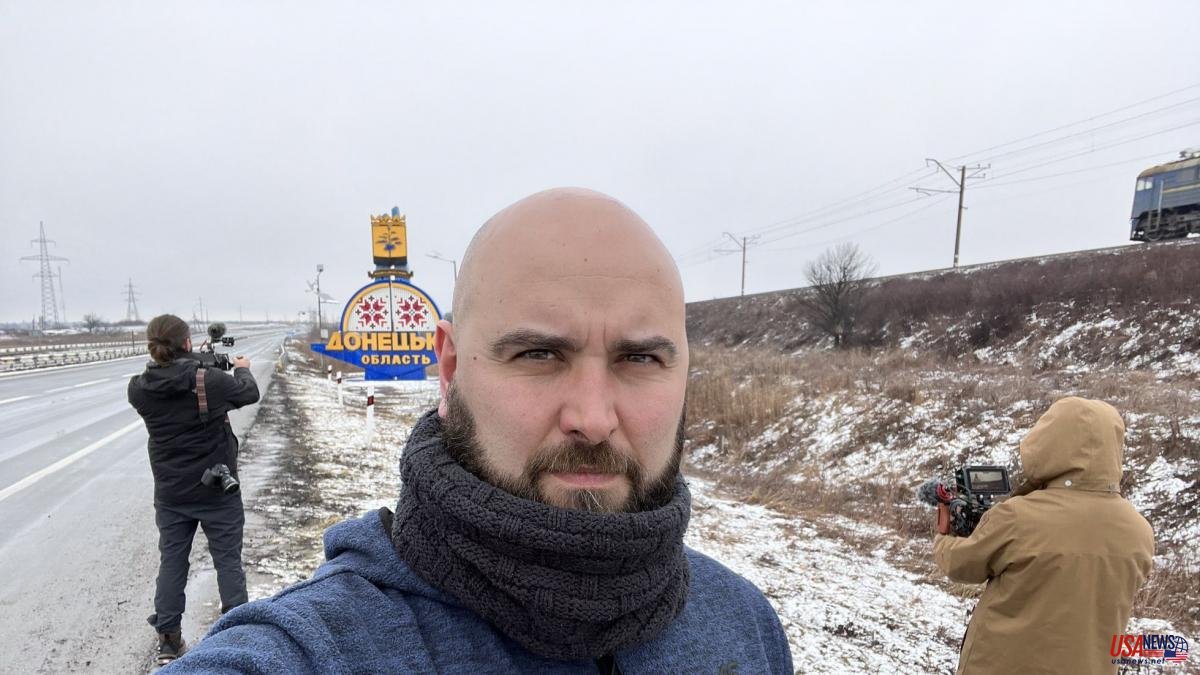 The Basque journalist Pablo González, who has been in pretrial detention in Poland since February 28 after being accused of espionage for Russia, yesterday received for the first time the visit of his partner, Oihana Goiriena, who found him "well, physically and mentally ".

The visit in the Radom prison lasted about two hours - with extra time granted by the prison authorities - and took place under the surveillance of a Polish intelligence officer, according to González's wife in a statement.

Despite the lack of privacy in the meeting, Oihana Goiriena brought her husband, of Russian origin and dual nationality, up to date on everything that had happened in these almost nine months with respect to their children and the rest of their family, both in Spain as in Russia.

He also conveyed the "multiple demonstrations of support" that they have received from numerous people, friends, the media, journalists, some politicians, associations and institutions.

After González's arrest last February at the Polish-Ukrainian border, his loved ones created a Twitter profile with the label

During the meeting, the journalist asked his wife to thank all those who care about his situation and stated that "knowing that he is no longer alone fills him with energy to continue steadfast in this battle, which will not be short or easy , but that we are going to continue together until we get him released," said Goiriena.

Oihana Goiriena has traveled to Poland accompanied by the lawyer Gonzalo Boye, who coordinates the new team of legal representatives of the journalist and has been in charge of obtaining this direct communication. After the meeting, they also met with the Spanish consul in Warsaw, who they informed of the visit and the changes in the journalist's defense.

"We have not informed that we would see Pablo until the visit has taken place in order to be able to do it discreetly and within an intimate environment, but also so as not to generate situations that could have prevented it," Goiriena assured.

Pablo González received the José María Portell Award for Freedom of Expression from the Basque College of Journalists on November 8. The journalist received this award, which others such as Rosa María Calaf, David Beriain and Roberto Fraile have also received, just when it was 253 days since his arrest. “We need independent professionals, but their work cannot always be under suspicion”, declared Goiriena when collecting the award.