The Italian art of killing a match

Having a job in football consists of two or three things, very simple: knowing how to slow down a game, knowing your weaknesses well and unnerving the opponent at the slightest opportunity. 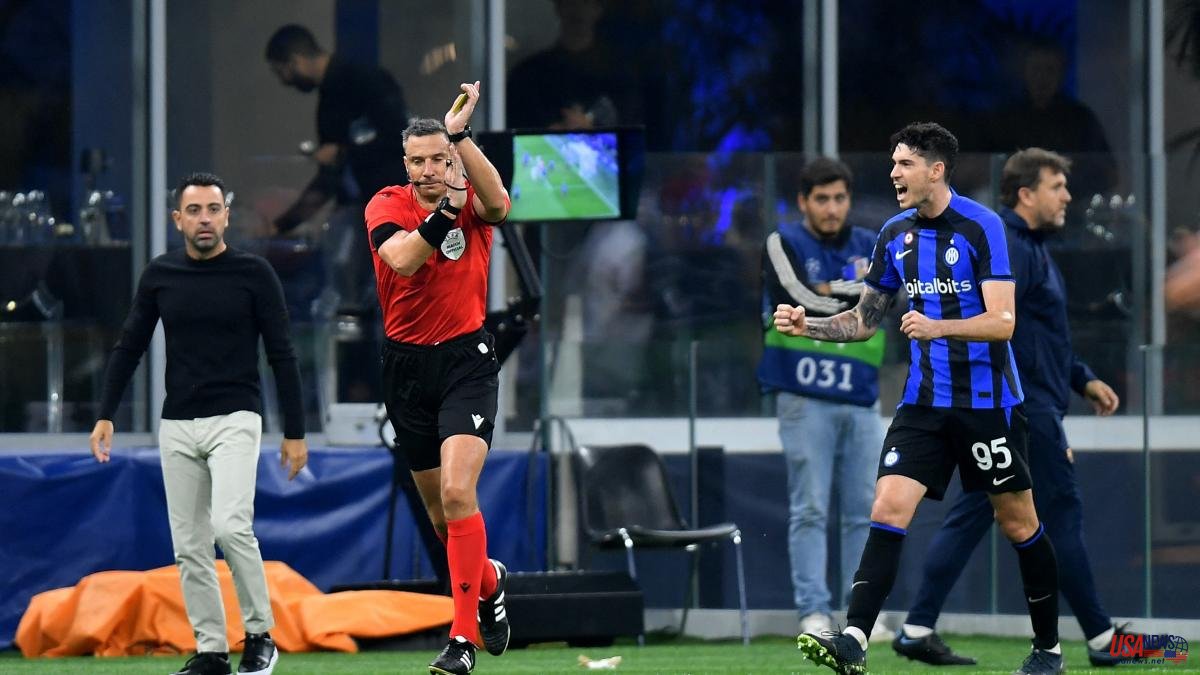 Having a job in football consists of two or three things, very simple: knowing how to slow down a game, knowing your weaknesses well and unnerving the opponent at the slightest opportunity. Inter Milan, the antithesis of joy, took the three points by trade and a bonus that smiled at him: the VAR, whose questionable decisions contributed to stopping the game, an extra tailored to interist interests. That VAR is here to stay – as the poet would say – we already know, that it fixes, shines and gives splendor to arbitration decisions, too, but it is a pity that it indirectly reinforces anti-football – slowing down the pace in the final stretch –.

From the good times of calcium, this formidable ability to manage a goal in favor has remained. Inter avoided those typical arreones of the team that, playing clumsy, knows they are superior. Does that invalidate his victory and the three points? Absolutely. Having a job, in the Champions League or on the Singapore stock market, is a merit as great as it is in football. Like the way to annul Lewandowski, another show of office. Curiously, the braking to verify the plays rewarded the team who was most miserly.

Barça obscenely exhibited its shortcomings, for the second time in a Champions League trip. To this day, thinking about Europe is a chimera, another mirage of a season governed by illusions, that volatile feeling, which when faced with realism –Inter, last night– flies out the window, like love in the houses where ruin enters.

Inter's skill and pragmatism are the second blow Barça has received in a competition that is still big for them. And louder: a bad Bayern is far superior to an Inter with a trade. A goal at the end of the first half is not a psychological blow – that would be a goal in the first minute of the second half – but a box test: at the break, you already know that you have 45 minutes to win. And Barça, like bad students, trusted everything at the end, when it crashed against the VAR and the Inter trade.