The isolation of the West

The Western world can congratulate itself on the common front achieved in the face of Russian aggression against Ukraine. 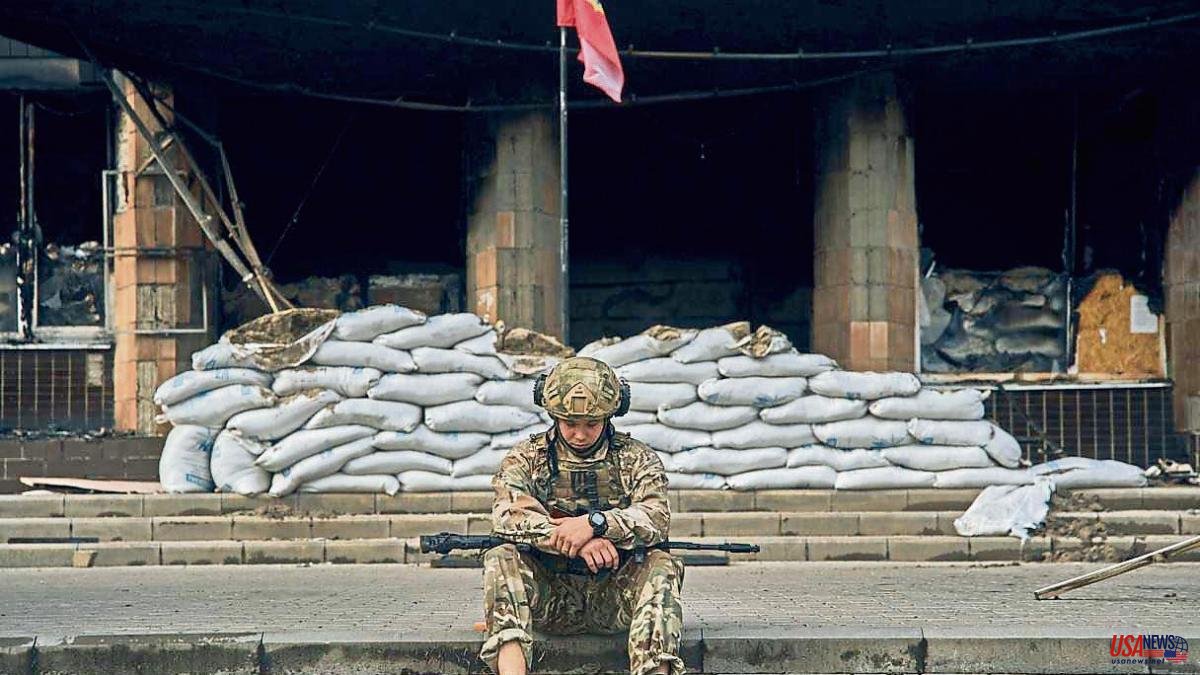 The Western world can congratulate itself on the common front achieved in the face of Russian aggression against Ukraine. Solidarity and unity of points of view and decisions have not wavered at any time in these seven months of war. And that, before Russia (and, consequently, also before Washington), the geopolitical positions of Germany, France and Italy on the one hand and, on the other, of the Netherlands and Poland are very far apart. Despite this, the will to preserve European cohesion has always prevailed over the perceptions transmitted by the specific history of each country. Never before has NATO, declared brain-dead by Emmanuel Macron in November 2019, looked so solid, so united, or so in top form. And to such an extent that two traditionally neutral countries, Sweden and Finland, have deemed it essential to join it, and to do so in a hurry. Never since the end of the cold war has the need for a US presence been so claimed by European countries. The United States appears as the only country capable of dealing with a Russian military threat perceived as a structuring strategic circumstance. Fear of war drives Europeans to seek protection. Forgotten are the disbandment of Kabul and the consequent loss of US strategic credibility.

However, this seamless solidarity of Western countries, both with Ukraine and within the Western family, should not hide from us a more uncomfortable reality for us. The western world is united, it is indisputable; but it is also relatively isolated. Westerners have agreed to agree to seven rounds of sanctions against Moscow. Outside the Western world, and with the exception of South Korea, Japan, Australia, and New Zealand (which are not Western geographically, but geopolitically), no country has adopted them. The third world has long been gone, but the countries of the global south, be they emerging or emerging countries, or less advanced countries, have all refused to follow the Westerners in enacting sanctions against Russia. This is a case of the West versus the rest, Westerners versus the rest of the world. Consequently, sanctions to weaken Russia are not enough to change Vladimir Putin's policy.

That is why it is not accurate to speak of a new cold war. At the time of the cold war, the countries that constituted the former third world had to choose between allying with Moscow or with Washington. Now, the countries of the “global south” want to have relations with each other, just as they refuse to choose between Beijing and Washington. In addition, if they are asked to choose, it is not certain that they will mostly opt for the West. The reasons are multiple. Some countries have historical relations with Moscow since the days of the cold war and decolonization. South Africa does not forget, for example, Moscow's help in the fight against the Western-backed apartheid regime. Other countries depend on Russia for their military equipment or the security of established regimes. India, whose army is largely supplied by Moscow, does not want to risk seeing its supply line cut off. Saudi Arabia and the United Arab Emirates are linked to Moscow in setting production volumes and thus prices of energy commodities. Although, above all, these countries widely consider that they do not have to obediently and blindly follow the Westerners and that it is they themselves who must decide their own policy, based on their own interests. They reproach Western countries for a certain hypocrisy: they are willing to welcome Ukrainian refugees, but reject those who arrive from other continents; they are fastidious about applying international law when Russia blatantly transgresses it, but they have not hesitated in the past to take more than a few liberties with Moscow. They do not reproach Western countries for their values, but for using them opportunistically according to their convenience and applying them according to a variable geometry.

If Westerners continue to define a diplomatic agenda among themselves in the belief that they can easily impose it on the rest of the world, they will be in for serious disappointment. It is absolutely essential to reflect and accept that the time when other countries had no other options than to follow the western line docilely is now behind us. The Western community must realize that it is not the international community, but only a fraction, and that it must take other sensitivities into account if it is to achieve any results.