The iryo train that yesterday made its first inaugural trip with passengers from Madrid to Valencia, will take a total of 1. 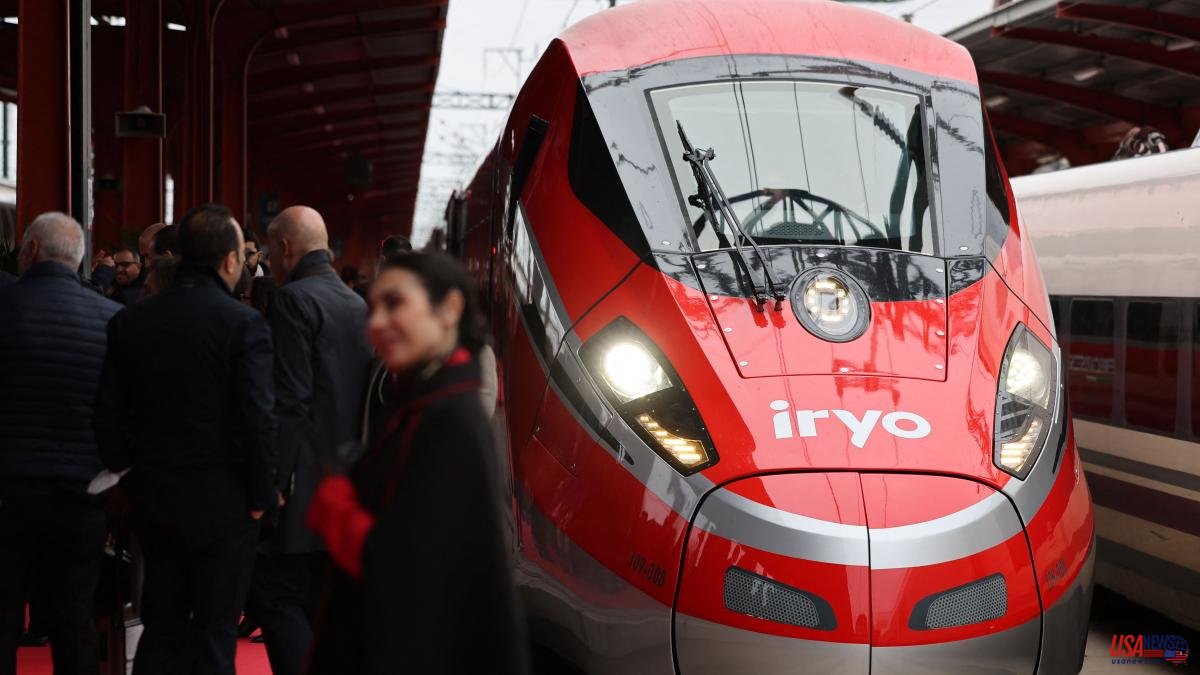 The iryo train that yesterday made its first inaugural trip with passengers from Madrid to Valencia, will take a total of 1.25 million people to cap i casal in the coming years. And when the connection is also extended to Alicante, it is expected that there will be 560,000 travelers with origin and destination in the south of the Community. This is the estimate made by the company, which yesterday dressed the Joaquín Sorolla station in Valencia with a red carpet to welcome the new train, the Frecciarossa 1000.

It was a gala reception to which the authorities were not lacking with the minister of the branch leading the journey from Madrid. Raquel Sánchez shared a table of four in one of the carriages with the president of iryo, Carlos Bertomeu, the CEO of Trenitalia, Luigi Corradi and the president of Adif, Maria Luisa Domínguez. At the foot of the platform, the Government delegate Pilar Bernabé, Minister Rebeca Torró and President Ximo Puig were waiting, who in his parliament recalled that yesterday it was 163 years since the first railway connection between Madrid and Valencia.

With the introduction of iryo, the liberalization of the Spanish railway system is consolidated, in which there are already three operators offering four products. The Renfe trains were joined a year ago by those of AVLO, then those of Ouigo and now those of iryo.

In its connections with Valencia, the AVLO has been running since February 21, the Ouigo since October 8, while the iryo will start its commercial trips between Madrid Chamartín Clara Campoamor and Valencia-Joaquín Sorolla on December 16 with 16 daily trains. Travelers traveling from Madrid-Puerta de Atocha to Barcelona-Sants will be able to try it as of this Friday, November 25, with a total of 32 frequencies between both points.

Already in 2023, on March 31 the connections with Seville, Malaga, Antequera and Córdoba will be launched and, finally, on June 2 it will reach Albacete and Alicante, in this case with four daily trains.

The company gave figures yesterday of its impact on the Valencian economy, which estimates a direct contribution to the Valencian Community of 14.8 million euros, in wages and taxes, in addition to the estimate of 244 million euros in tourist spending. It will also create 262 direct and indirect jobs (crew, operations, maintenance, etc.).

The fact of having chosen Valencia as the company's headquarters will also have an impact on the figures, "I want to deeply thank Carlos Bertomeu who has trusted Valencia to have the headquarters and make the inaugural trip of the operation, thank you for having taken this decision”, said the president, a strong defender of decentralization. However, the company's operational headquarters are in Madrid due to "the very radial nature of the railway network," say iryo sources.

Carlos Bertomeu, for his part, pointed out that yesterday was "a great day for the Spanish liberalization process and stressed that "personalisation, flexibility, sustainability and an integral conception are already part of mobility in Spain".