Ireland, although modernized, is one of the most intrinsically conservative countries in Europe and the Western world, as evidenced by the long-standing influence of the Church, which has been slow to legalize abortion and divorce, and which has been a long time since its independence. 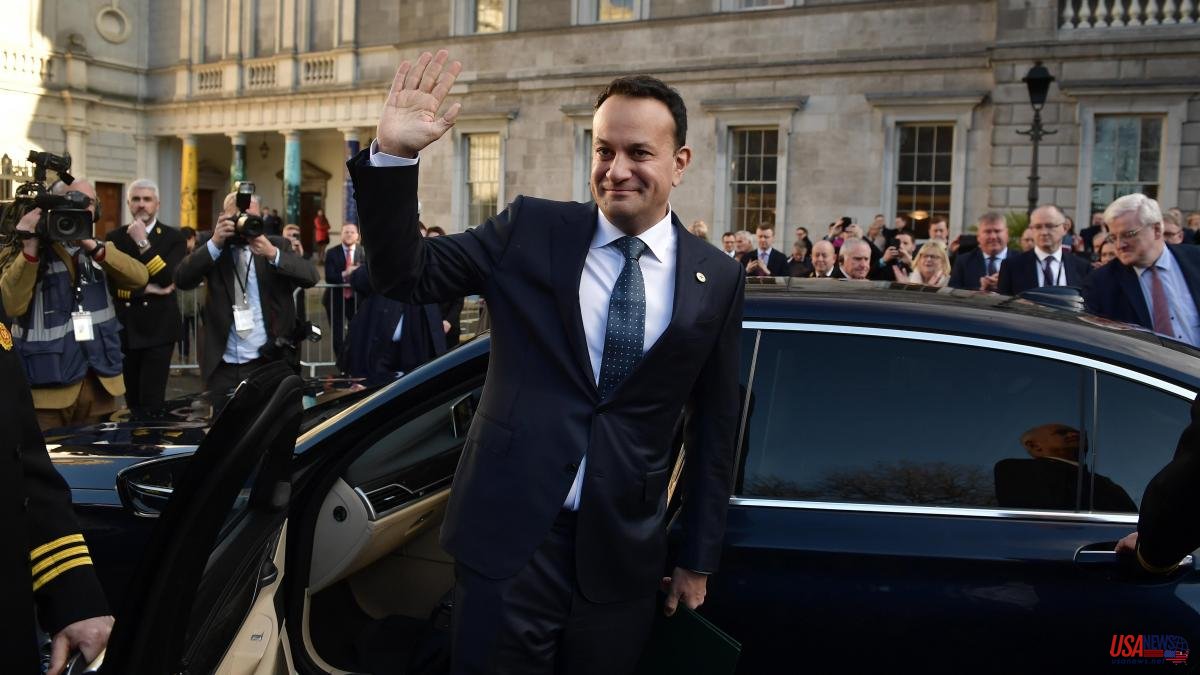 Ireland, although modernized, is one of the most intrinsically conservative countries in Europe and the Western world, as evidenced by the long-standing influence of the Church, which has been slow to legalize abortion and divorce, and which has been a long time since its independence. century, two center-right parties have taken turns in power (communism and the radical left are insignificant). For this reason, many raise their hands to their heads at the inexorable advance of Sinn Féin and the prospect of it ruling after the general elections scheduled for two years from now (March 2025 as the limit).

Sinn Féin was born in 1905 as a progressive, nationalist, republican, pro-Irish, anti-monarchist and anti-British party. It opposed the Anglo-Irish treaty of 1921 that established the partition of the island and has always fought for reunification, sometimes with more than dubious methods (although it has never officially admitted it, it was the political arm of the IRA during the troubles). Those under 35 don't know or don't want to know much about the violence in Ulster from the 1960s to the mid-1990s, which left more than 3,500 dead, but much of the older population still associates it with terrorism, he considers it undemocratic, and is horrified by the fact that it cherishes power.

In the last elections it already obtained the majority of first preferences (in Ireland you can vote for several parties in a proportional system of a single transferable vote), and it was tied for seats with the second because it did not present enough candidates in some constituencies, an error that will not commit again. The two traditional center-right parties, Fianna Fáil (FF) and Fine Gael (FG), to prevent him from governing despite the popular mandate obtained, formed a curious coalition with turns in power. The first two years, Michéal Martin, from FF, was taoiseach (prime minister), and a few days ago he was replaced by Leo Varadkar, from FG. The political and ideological differences between the two, representatives of the middle classes and the economic elites, are minimal.

But Sinn Féin has continued to advance, it monopolizes the youth vote and has 35% support (versus 21% for each of its main rivals), with a center-left program focused on housing construction (its lack makes it be more expensive than in New York), freeze rents for three years, reform healthcare, public spending on infrastructure (economic growth is higher than the EU average), deal with the increase in the cost of living, raise taxes on companies and the richest, recognize the Palestinian state, combat climate change and call a referendum on reunification. A great dominator of social networks, he is Leninist in terms of internal organization, but pragmatic in politics and does not use inflammatory language. He knows how conservative and allergic to change the country is.

The establishment is doing everything it can to tarnish its image, and now it is trying to exploit the connection of its leader, Mary Lou McDonald, with a member of a criminal gang who made small donations and was a Sinn Féin councilor, and whose name has come out brought up during a highly publicized trial held in Dublin for a fight between gangs that occurred six years ago in a hotel in the capital. The popularity of the group, however, has hardly been affected.

Two men linked to the terrorist past, Gerry Adams and Martin McGuinness, decided on the transition from bullets to ballot boxes as the best strategy for the reunification of the island, and achieved their presence in three parliaments (the Dáil, Westminster and Stormont). But there are two women, McDonald and Michelle O'Neill – their number two and leader in Ulster – who have removed the toxicity associated with the Sinn Féin brand, they have purified it. The first would now be the prime minister of the North if it were not for the unionist boycott of the autonomous institutions, and the second could be so within two years in the Republic. They are the ones who are about to revolutionize the politics of the island.