The war in Ukraine is being a deluge of fire, in both directions, a high intensity conflict that is rapidly emptying the arsenals. 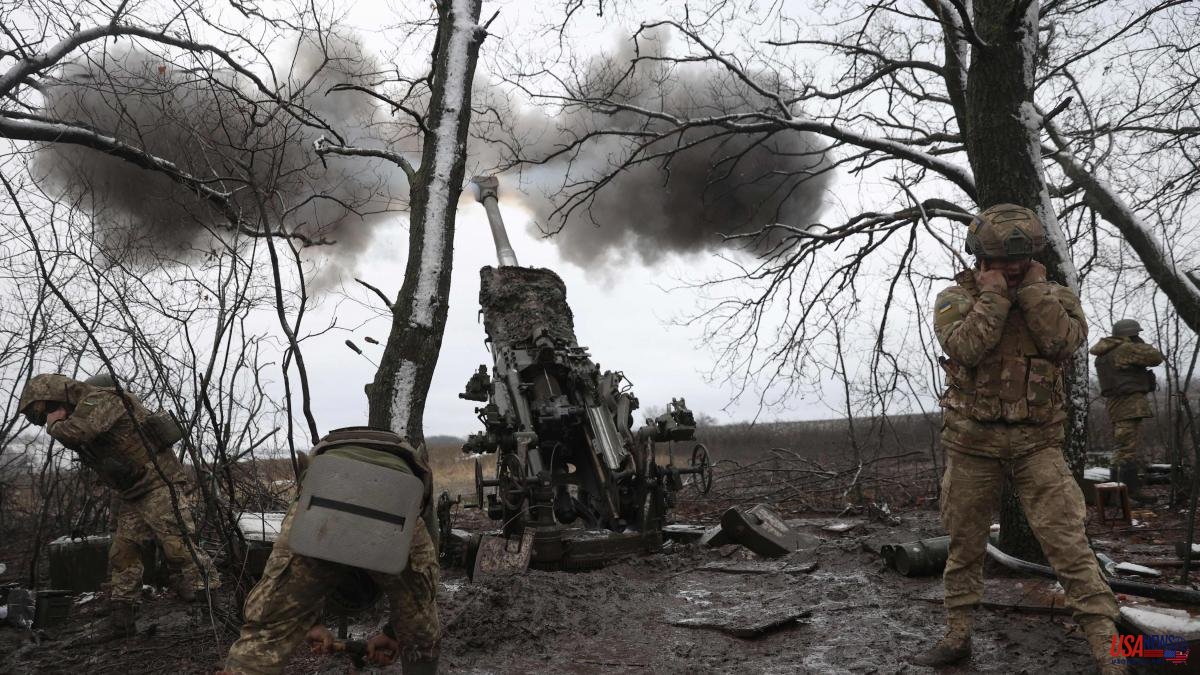 The war in Ukraine is being a deluge of fire, in both directions, a high intensity conflict that is rapidly emptying the arsenals. Kyiv's allies suffer hardship and also, of course, Russia. Even in the United States, despite its gigantic military-industrial complex, there is concern about a shortage of certain types of weapons such as howitzers, anti-tank and anti-aircraft missiles.

Among Western countries, the problem with delivering so many weapons and ammunition to Ukraine is that it leaves their own armies vulnerable, with insufficient arsenals should they face another major war in the near future. It also affects the good training of the troops, since for this they must use real weapons. Stocks are in some cases low and that compromises national defense.

For the United States in particular, the danger is being left unprotected in the event of a conflict in a hot area like Taiwan or the Korean peninsula. The US announcement to buy shells from South Korea to supply Ukraine has already caused controversy in Seoul.

In France, far-right leader Marine Le Pen believes that her country should stop delivering more Caesar cannons to Kyiv because this is done "to the detriment of our own security." The Caesars, with a range of 40 kilometers and quick mobility to avoid counterattacks, have been very effective, along with US Himar missile launchers, in Ukraine's advances since last summer to recapture territory Russia seized from them. Paris has so far delivered 18 Caesar units, to which could be added another six that were originally intended for Denmark. Each Caesar system costs about five million euros.

"Helping Ukraine to the best of our ability is something honorable, but we cannot do it to the detriment of our own security, of the security of our people," said the president of the National Rally (RN) parliamentary group and former candidate for the Elysée in the last three elections in an interview with the CNews channel. Le Pen insisted that the heavy material being transferred to Ukraine today "is material that France lacks" and "weakens and puts our internal security at risk." The far-right deputy was in favor of continuing to advise and train Ukrainians, and to give them "protection material", such as bulletproof vests.

According to military experts quoted by the newspaper Le Monde, the Russians and Ukrainians launched up to 60,000 and 20,000 shells a day, respectively, in the most intense phase of the fighting, last summer. It was an unsustainable pace, which is why it was later reduced, in each case, to 20,000 and 7,000 shells.

Supplies to Ukraine have reached a critical level in terms of multiple rocket launchers and anti-tank missiles, weapons that have done a lot of damage to the Russian forces but are not inexhaustible. The Americans alone have sent almost 50,000 anti-tank missiles, including 8,500 Javelins, small arms that wreaked havoc on the tank columns that initially approached Kyiv and had to give up the assault on the capital. It was a before and after in the war.

The problem with the Javelins is that the production rate is about 2,100 a year, a very insufficient figure at the present juncture. Although the Pentagon puts pressure on the manufacturers –Lockheed Martin and Raytheon–, doubling or tripling the assembly lines is not improvised. Washington has also been generous by providing Stinger anti-aircraft missiles – a third of its estimated reserves – some 3,000 Swithblade and Phoenix Ghost drones, as well as 155-millimeter artillery pieces and more than a million howitzers of various calibers. Replacing this volume of material requires a colossal budget and industrial effort.

The real extent of the Russian material losses is unknown, but the Western services, based on the images received, assess them very highly.

The Oryx website, which counts the destruction of material from the two contenders, believes that Russia has already lost just over 1,500 tanks, among those destroyed, damaged, abandoned and captured. US Defense Secretary Lloyd Austin said the day before yesterday that Moscow's shortfalls in artillery ammunition are “significant”, which is why it has had to request help from Iran and North Korea. The Pentagon chief made these remarks on the flight back to Washington after an international tour that included Southeast Asia and during which he met his Chinese counterpart, Wei Fenghe. Austin, a retired four-star general, stressed that the kind of war being fought in Ukraine requires a lot of ammunition. "I'm not sure they have those kinds of munitions to keep it going," he added, alluding to Russia.

On the same day that Austin made these statements, the Biden Administration announced additional aid to Ukraine worth $400 million. This new package includes ammunition for anti-aircraft defense systems, very active in the face of the rain of Russian missiles, and for Himar systems, as well as conventional howitzers. 200 generators will also be sent to alleviate the emergency caused by the systematic Russian attacks on Ukrainian power plants.

The depletion of arsenals has not surprised military experts. Since the end of the cold war, many countries, especially European ones, have invested much less in conventional defense, since the main threat seemed to come from asymmetric conflicts such as against jihadist terrorism. The conflicts that occurred –in Iraq, Afghanistan or Libya– were with armies much less endowed than the Russian one. The war in Ukraine awakens us from lethargy and shows that we must be better prepared for a classic, high-intensity war.