The Iniesta disciple who challenges Espanyol

The life of a footballer on his way to success can take unexpected turns. 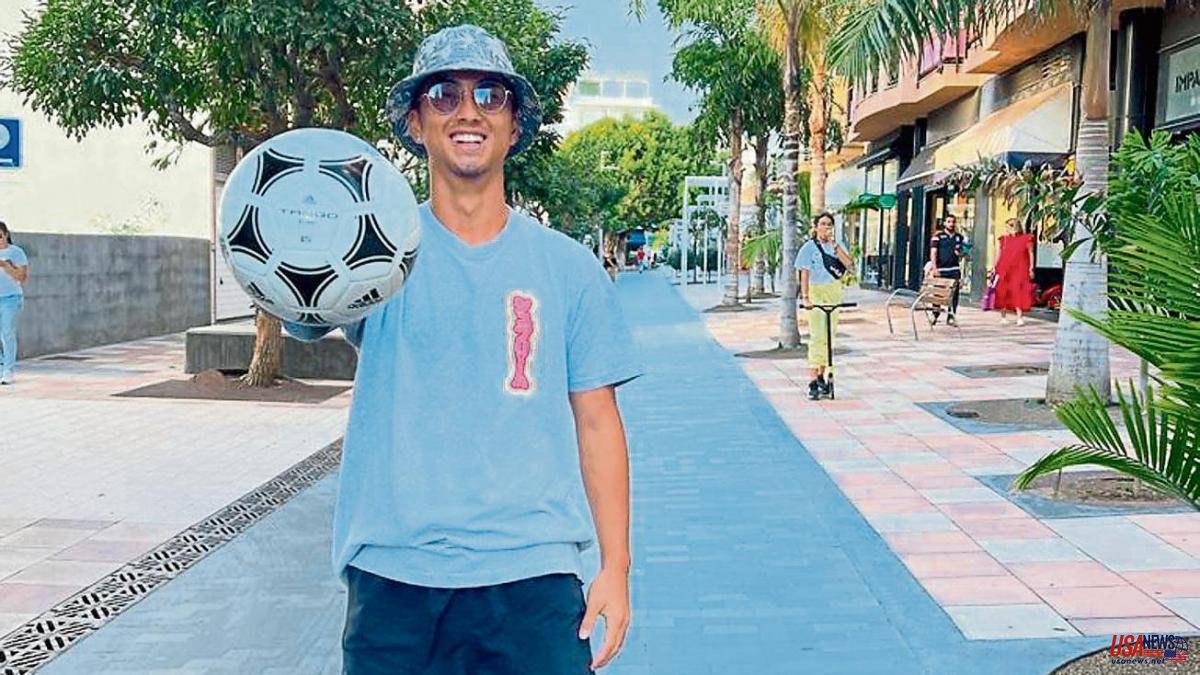 The life of a footballer on his way to success can take unexpected turns. It is possible to grow up in football on a Japanese island without a football tradition and a year later be on another, identical in size to La Palma but 13,000 kilometers away, playing in the second Spanish federation. The story of Mitsuki Hidaka (Osaka, 2003) was born on the small island of Awaji, a neighbor of Kobe. She there she took her first steps at the AIOI institute, where she was one of the most outstanding promises. That made her, at the age of ten, travel to Barcelona for a test with Espanyol, which she will face tonight (10 p.m.) in a Cup match.

“When I was 10 years old I came to Spain and I spent three or four weeks training with Espanyol. Ten years after my turn to play against them, it makes me think that I have something special with Espanyol”, confesses to La Vanguardia Hidaka, who in January 2022 was recruited by Vissel Kobe, a team led by former Azulgrana Andrés Iniesta.

“Being able to train and play with him is not normal. Unlike. Having him by my side… it was just as I saw it in the videos on social networks. Training with him was not only a lesson, it was also a lesson that football can be played easily. That's what I tried to absorb from him." The circumstance also occurs that Hidako was born the same day as the Manchego but 19 years later. “I would like to think that I have something similar to him. The fact that our birthdays coincided and we played on the same team made me feel that I also had something, but in reality what I have to thank is my mother for making me born that day, ”he points out from La Palma.

After a few months in the Japanese team, Jorge Muñoz, his great supporter and current sports director of CD Atlético El Paso, who had been Juanma Lillo's assistant in 2019 at Vissel, decided to negotiate his loan for one season. Since then he has become a fixture in this recently promoted team that is contesting the Cup for the first time in its history. “I want to play as much as possible in Spain. Of course I would like to be a professional and play in higher categories. My goal is to get to play in the Champions League and thus be able to help my country”.

The indisputable success of Japanese football in Qatar, after the victories against Spain and Germany, has revived the dreams of many young footballers who, like Hidako, see more and more doors open to them from Europe. “The level of the players has improved, but at the same time I think there were already players of that quality who could have played years ago in Europe, only they were not recognized at that time. Little by little we have managed to get to know us. And the World Cup will help all this much more ”, he concludes.