The Stade de France in Paris will decide the new champion of the Champions League for the 2021-2022 academic year. 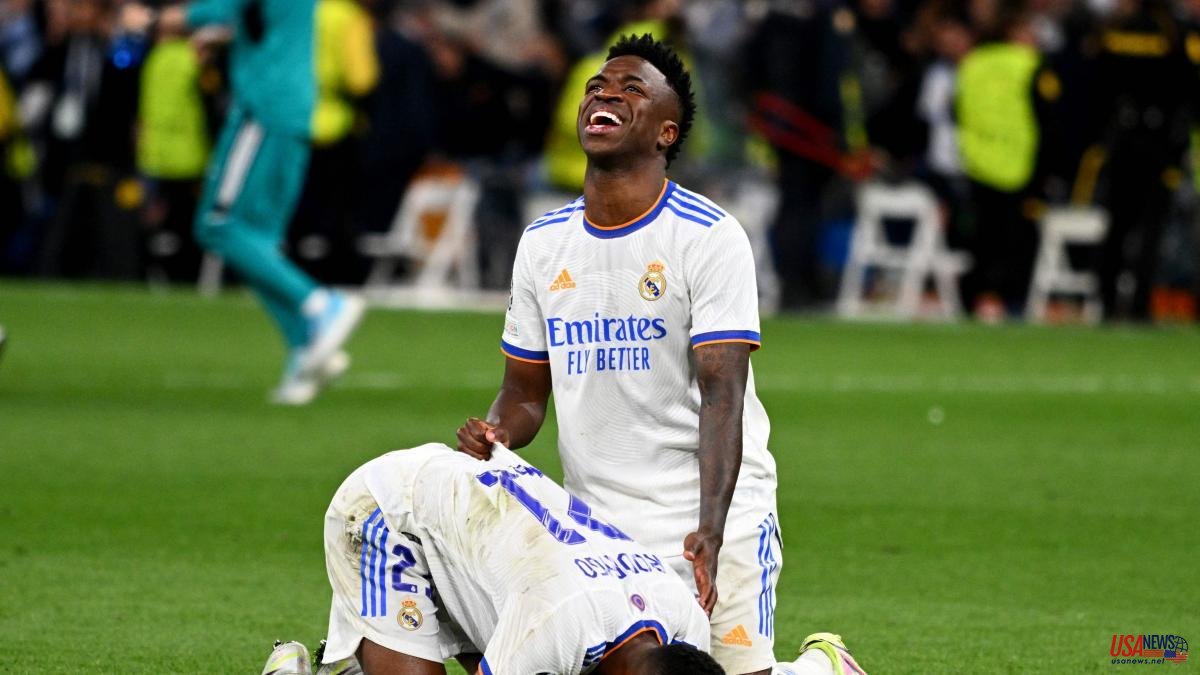 The Stade de France in Paris will decide the new champion of the Champions League for the 2021-2022 academic year. Liverpool and Real Madrid will fight for the European throne in a match with many nuances and without a clear favourite. These are my 5 keys from Real Madrid's perspective for the final:

Ancelotti's big question lies in starting with a 4-3-3 with a very hard-working winger like Rodrygo or directly with a 4-4-2 with Valverde adding more midfield value to the white team. Apparently in the last qualifiers against Chelsea and Manchester City it seems that the latter will be the option that the Italian coach opts for, but the former should not be ruled out. Moreover, it is very likely that, depending on the course of the game, you can see a Madrid that puts both systems into practice. Most likely, it will start with Valverde and end with Rodrygo.

One of the duels that will decide the final will take place in this sector of the field and between two of the most decisive footballers of each of the teams. Liverpool's right-back is a very good offensive element but he has problems both in falling back to cover his back and in some defensive concepts (outlining or coverage). That is why Vinícius can generate a lot of danger out there if the team manages to supply him with quick balls and he is fine in dribbling as usual. Demanding game for the Brazilian but also for the net side. Whoever comes out the winner of this match will help a lot so that his team can reach the title.

There is no doubt that the Frenchman is Real Madrid's most definitive player. And not only because of his ability to score or assist, which of course too, but because the white game flows in most cases from his movements with and without the ball. When he leaves the zone he drags markers and spawns. He touches, leaves, assists, joins rivals, improves the previous action and appears by surprise. He enters to finish off the run and surprise. Because he has an innate ability to match his dynamic arrivals with the completion of the play. Something that prevents any marker from being able to lock on him defensively. We will see how Van Dijk and Matip or Konaté decide to defend him but any decision could be a problem for the Reds. Going out with Benzema entails leaving spaces and does not guarantee you to steal. Staying in the zone means that he is going to receive. The French contest will mark the final.

Given the great pressure from Klopp's men (one of the best in the world) it will be vital for Real Madrid to come out well. And to do that he's going to need good collective placements but also the talent of certain key players. The most, the two interiors: Kroos and Modric. Two privileged soccer players to solve through quality this type of maneuvers of the rivals as well as to set the tempo of the match that most interests their own interests at all times. In this sense and, despite the fact that he does not arrive physically, Alaba's participation will also be important so that the first pass is reliable in the face of rival harassment. Three key names if Ancelotti's men want to play part of the match in the opposite field.

Finally, a point that we all know and that even the biggest teams have suffered. Recently PSG, Chelsea or Manchester City. And there is no team that moves as well in emergency situations as Real Madrid. Partly because they know how to play these games and partly because history makes their rivals doubt. It is highly likely that there will be moments like this during the final and this is where Madrid can assert one of its greatest qualities. Taking advantage of moments of maximum nervousness is not easy and the Madrid team always does it.