The independence debate is blurred in social networks

The independence debate languishes in the networks. 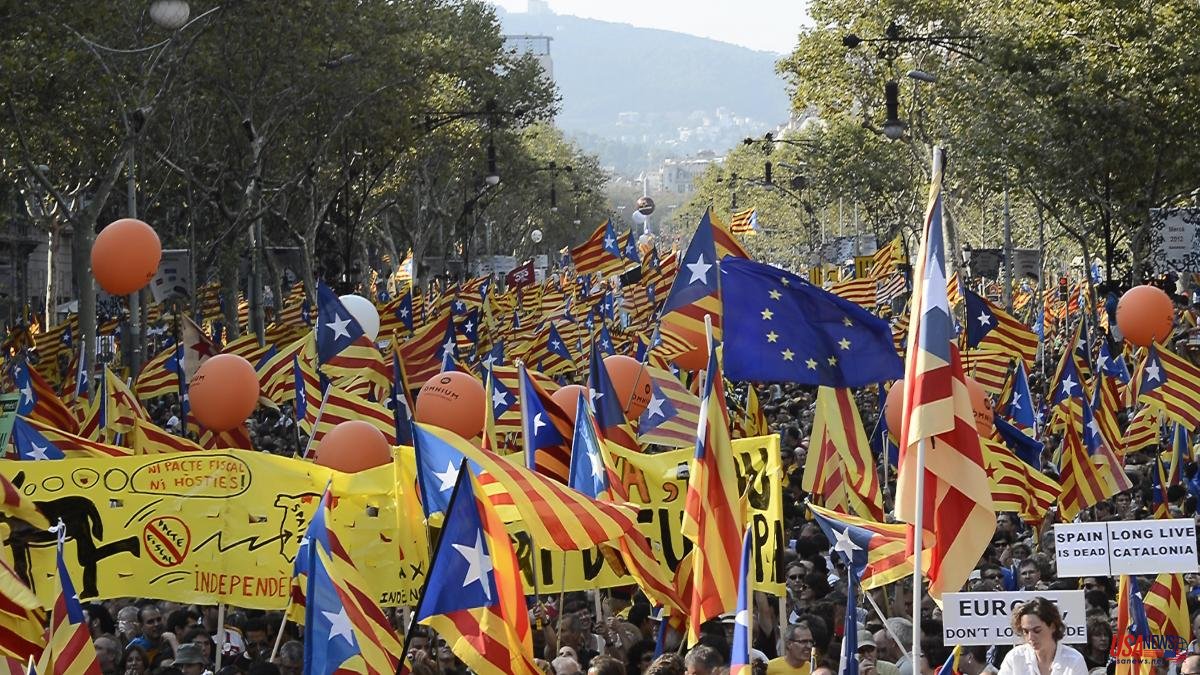 The independence debate languishes in the networks. The digital mirror of social conversation reflects a decline in the presence and activity of this theme. This is recorded in the latest study by the Observatory of Social Conversation in Spain La Vanguardia -LLYC, dedicated to "Independence in Catalonia" and covering the period between January 1, 2017 and October 12, 2022.

The study provides ten significant conclusions. In the first place, it detects a "gradual deactivation of the conversation about independence, both in the conversation in Catalonia and in the rest of Spain." This decrease is “gradual”, since “it begins in 2020 until it returns to levels similar in 2022” to those “of 2017, before the 1-O referendum”. The number of profiles that participate in the conversation is reduced by 50% between 2017 and 2022. And the activation of users (messages per profile) is also reduced "notably", although in Catalonia it is still slightly higher than the average of the 2017” (due to the influence of the period prior to October 1).

Seen retrospectively, the independence movement "activated both Catalan users and users from other areas of Spain", although the latter account for "more than 60% of the profiles". Even so, and "despite the fact that users from the rest of Spain double the Catalan profiles", it is in Catalonia "where more than half of the conversation is generated". And this "is because the number of messages per user is higher in Catalan profiles."

On the other hand, the 1-O referendum and the trial of the Procés have been "the most relevant milestones in the conversation, both by profiles (30%) and by volume of messages". After them appears the application of article 155 of the Spanish Constitution, with 20% of profiles, while "pardons have generated less interest, both through messages and profiles."

Likewise, the recent crisis in the Government of the Generalitat "has hardly been relevant in the conversation about independence." In fact, "the conversations generated by the rupture between ERC and Junts reach a number of mentions very similar to the conversations of the first months of 2017, before the referendum".

The study also detects that, over the years, the number of participating communities is reduced, assets are lost and polarization is increased”. 2017 was the year in which more profiles and communities were activated, but in the last three years "these have been reduced to: Independentists, Unionist Right and Plurinational Left." At the same time, the independentistas "accumulate the largest volume of messages and profiles", although this community "is 60% smaller in 2022 than in 2017".

At the same time, in the "last two years, the Unionist Right has become the community with the largest number of profiles", while it has become radicalized, since "it is now led by profiles close to Vox". In contrast, the Left Unionist community practically “disappears from the conversation in the last two years”. For your part. the Plurinational Left community “accumulated the largest number of profiles in 2019, due to the conversations surrounding the Procés trial.”