The hidden history, beyond the apparent, has always fascinated us. 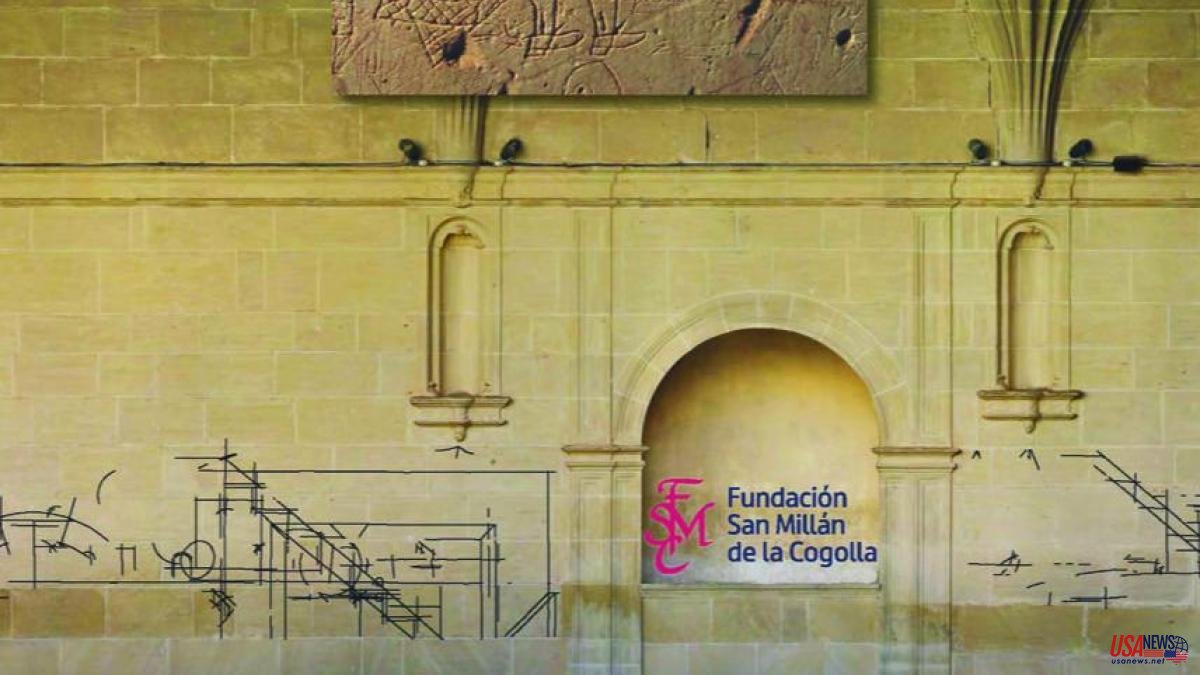 The hidden history, beyond the apparent, has always fascinated us. If this is joined by unexpected protagonists, the attraction skyrockets. Something like this happens in the Monastery of San Millán de la Cogolla, in Yuso (La Rioja), an architectural work considered a World Heritage Site since 1997. A new book published by the San Millán de LaCogolla Foundation reveals hidden parts of the history of the construction and conventual life of this Benedictine abbey through mountains, scratches and hundreds of graffiti written and drawn on its walls.

The work Traces of architecture and historical graffiti in the Monastery of San Millán de la Cogolla, in Yuso (La Rioja): a constructive and conventual history narrated on the walls collects the record and analysis of the traces of architecture and historical graffiti, preserved on the walls of the processional cloister and rooms of the novitiate, from the 16th century to the 19th century. The testimonies that are presented throughout its pages, in images and detailed descriptions, reveal unimaginable aspects of the monastery both for the occasional viewer and for the most erudite investigator.

"Given the widespread belief that these samples may have little or no importance, the analysis of those who have gone further in their curiosity is allowing many historical aspects to be revealed that the skeptic about the need for their study cannot even imagine," they say. the researchers and authors Mª Begoña Arrúe Ugarte, Álvaro Rodríguez Miranda and José Manuel Valle Melón. Thus, the reader will be able to approach with curiosity the analysis and the images that the book gathers, learn about the detailed work carried out successfully by the researchers, and be captivated by this exciting journey through the time tunnel.

These discoveries are an example of many others that have become apparent over the centuries. These types of expressions “we continue to see in monuments, even with the same naturalness, where visitors leave their signature, as Greek mercenaries did in Egyptian buildings at the end of the 6th century BC. n. and. But much earlier, around 2500 BC. n. e., the Egyptians themselves had left in them life-size layouts with constructive and architectural functions. Two different motivations and two types of vestiges of the past, writing and image, which carry an implicit historical value”, say the authors.

In the case of what was found in the Monastery of San Millán de la Cogolla, “the character of both sets is very different, as is the nature of their authors: master architects, builders and workers versus novices and professed monks; although all of them participate in a singular historical evolution”, the researchers point out. "Mountains and scratches of architecture and construction throughout 165 square meters of the lower cloister, incised by masters and stonemasons by hand or with the help of ropes, rules and compass, bring us closer to the works of architecture of the 16th century", they highlight .

On the other hand, “more than 600 graffiti written and drawn by the novices from the second third of the 17th century to 1835, put us in contact with the harshness of the novitiate, which made them «go to the dispossession», but also with their knowledge of writing, music and singing, their intimate experiences and the entertainment they practiced”, they explain. Of these fifty authors have been identified, coming not only from the region, but from many other Spanish ones, some of whom became known abbots or writers of the order.

“To fill the free time within the monastery, the novices take advantage of the power of their imagination and their artistic ability, which has come down to us through graffiti. These, in some way, attest to the reality of the environment, what they think and what they live”, points out in the prologue Fray Pedro Merino Camprovín, prior of the Yuso Monastery and secretary of the San Millán de la Cogolla Foundation. "These graffiti are original testimony, simple, but true, of what was going through their minds and what they really lived", he adds.

It is easy to imagine that drawing served as a palliative for the novices from the harshness of their daily lives. “A kind of non-directed therapeutic cure, which led them to other environments, at the same time that it reaffirmed their experiences and, on the other hand, kept them united to the century”, warn the authors. The artistic intentionality is manifested in some cases, but not always. "The truth is that they are full of life and expressiveness, forcing us to meditate on the skills and quality of learning of the young authors who occupied the Benedictine novitiate of Yuso from the 17th to the 19th century," they add. Readers of this book and visitors to the monastery will attest to this.