The IMF sees the new taxes on banking, energy and high net worth as "appropriate"

The International Monetary Fund (IMF) has given backing on Wednesday to the Government's fiscal policy in relation to temporary taxes on banks and energy companies and the tribute to large estates. 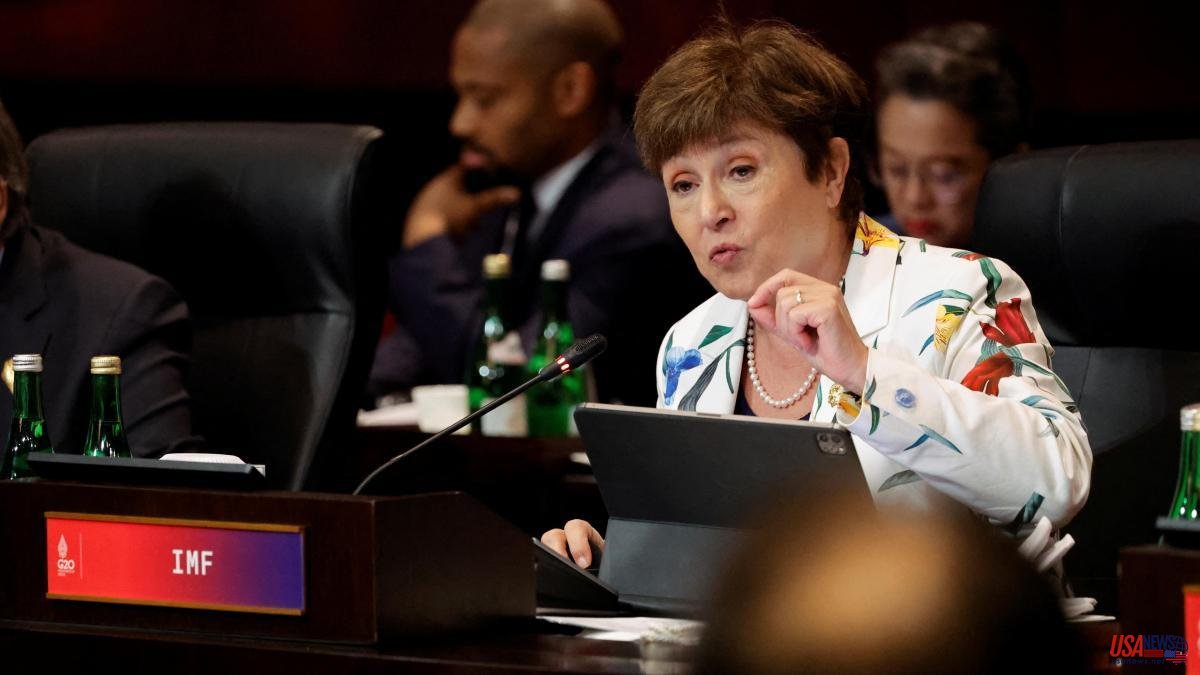 The International Monetary Fund (IMF) has given backing on Wednesday to the Government's fiscal policy in relation to temporary taxes on banks and energy companies and the tribute to large estates. It is one of the reflections in the last report of the organization on the Spanish economic situation, published this afternoon from Washington.

The text highlights that "as energy prices are expected to remain at high levels next year, raising additional temporary income to finance support for the most vulnerable is a welcome strategy." However, it recommends "monitoring the impact of the measures", especially those that refer to banks maintaining the "availability of credit, the costs of credit and the resilience" of the entities. "The budget proposes to temporarily raise taxes on high-income households and businesses that have been less affected by the energy crisis to finance support for the most vulnerable, which is appropriate," the report reads.

The entity led by Kristalina Georgieva is much more critical of the Government with other measures such as subsidies of 20 cents on fuel and the reduction of VAT on energy. The report argues that these cuts "have been costly from a fiscal point of view, and have disproportionately benefited higher-income households."

In the chapter on recommendations, the IMF recalls that "support policies must be adapted in order to provide adequate incentives to reduce demand and increase supply, while containing fiscal costs." Regarding companies, the report specifies that "it is convenient to keep the support measures for companies focused."

Regarding the expected growth, the IMF estimates that the increase in Spain's GDP "will stand at 4.6% in 2022 (three tenths better than in its October forecast) and at 1.2% in 2023 (without changes )". The agency points out that "growth is expected to be relatively weak in the coming quarters due to weak external demand and deteriorating consumer confidence."

In pensions, the report recommends "additional measures to counteract the increase in future spending derived from the 2021 pension reform." The IMF recalls that "the reform permanently indexed pension payments to CPI inflation and abolished the sustainability factor, with which it is expected that by 2050, annual pension expenses will increase by more than 3.25% of GDP, compared to the full implementation of the previous regulations".

Regarding the labor reform, he maintains that it yields "positive results in terms of growth in permanent employment, but it is too early to assess its general impact."