The International Monetary Fund (IMF) confirms that old wisdom that no matter how bad things are, they are always likely to get worse. 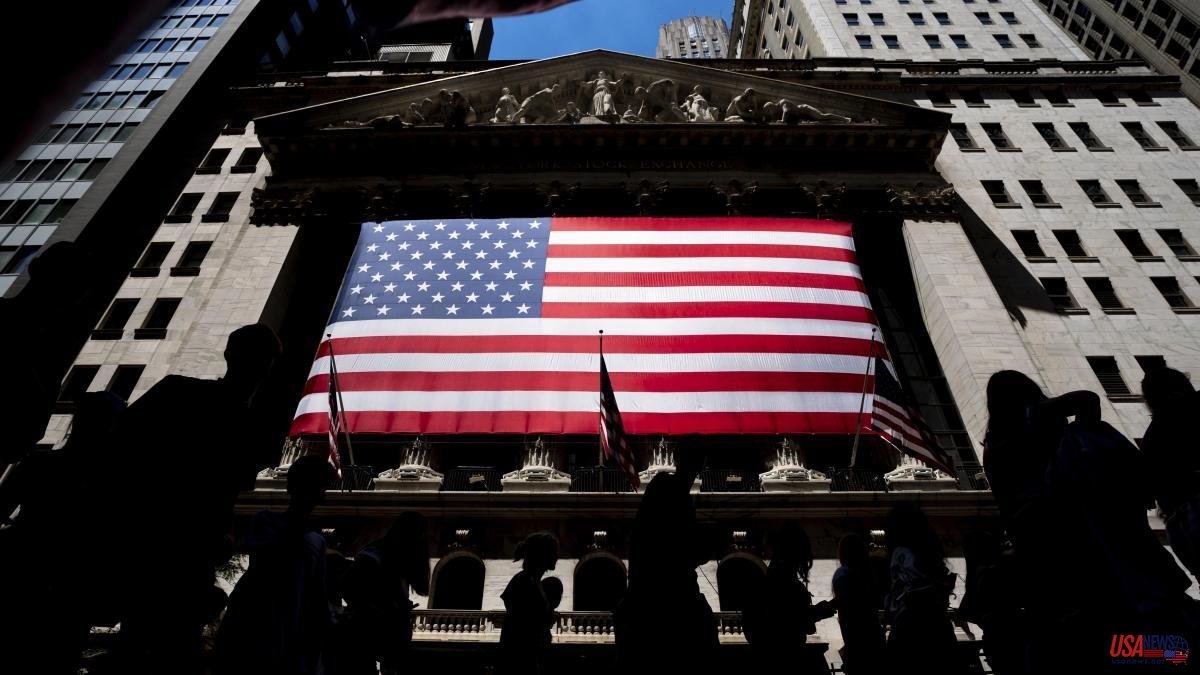 The International Monetary Fund (IMF) confirms that old wisdom that no matter how bad things are, they are always likely to get worse. Its new economic projection, gloomy and fraught with uncertainties due to the impact of the recession, the war in Ukraine and the aftermath of the pandemic, indicates a contraction of 0.4% for this 2022 compared to its prospects for April, where it already applied a 0.5% retracement.

Spain, which continues to maintain one of the highest growth rates in the euro zone, with 4% for 2022 and 2% for 2022, is also one of the economies in its area most affected by the negative forecast. If in the April document 0.6% was already subtracted from its perspective, this time the decline is 0.8%.

Spain was recovering, with growth of 5.1% in 2021, after the 10.8% drop that Spanish GDP suffered in 2020 due to the pandemic, among the worst in developed countries. But after the war in Ukraine has dragged on, the outlook for European economies has been "more negative than expected", due to high energy prices, weaker consumption and sluggish industrial activity in the face of persistent disruptions in the supply chain and increases in production costs, says the IMF.

Spain is thus affected by the evolution of its main trading partners, many of which are suffering the consequences of the conflict in a more pronounced way, due to their greater dependence on Russian gas. "The picture has darkened significantly since April, the world could soon find itself on the brink of a global recession, just two years after the last one," said the report published on Tuesday.

The data reflects a stagnation in the three largest economies. In the United States, the reduction in the purchasing power of households and the tightening of monetary policy leave the expansion at 2.3% for 2021 and 1% in the next year. It closed 2021 at 5.7%. Meanwhile, in Chinam, with the closures due to the coronavirus and the crisis in the real estate sector, its growth falls to 3.3% for this year, the fastest pace in four decades (excluding the pandemic period). While in the euro zone it is lowered to 2.6% in 2021 and 1.2% in 2022, reflecting the secondary effects of the war in Europe and a stricter monetary policy.

Much higher-than-expected inflation, especially in the US and in the main European countries, is leading to a tightening of global financial conditions. China's slowdown has been worse than anticipated amid several waves of covid and lockdowns. There have also been more negative side effects of the war caused by the Russian invasion of Ukraine. As a result, world production contracted in the second quarter of this year, explains the Fund.

But, as you know, everything is likely to get worse. According to this report, the risks to the outlook are “overwhelming to the downside”. In addition to the war, which could suddenly stop gas supplies to Europe, inflation could remain stubbornly high if labor markets remain too tight or inflation expectations are anchored or anti-inflationary measures turn out to be more costly than expected. . Renewed COVID variants and lockdowns could further stifle China's growth. The increase in the price of food and energy can generate insecurity and social unrest. Furthermore, political fragmentation tends to impede the global market and cooperation.

In a plausible scenario, in which any of these risks materializes, including the total closure of the gas flow to Europe, the IMF maintains that inflation would shoot up even more and the forecast for the global economy would remain at 2.6 % by 2022 and 2% next year, a pace at which growth has fallen below just five times since 1970.

This situation would mean that both the United States and the euro zone would experience near-zero growth next year, with negative effects for the rest of the world.

Against this horizon, the Fund places combating inflation as the essential issue. "With rising prices continuing to drive down living standards around the world, controlling inflation should be the policy priority of governments," the document advises.

For the IMF, inflation at the current level represents a clear danger for the stability of the current and future macroeconomy. That the central banks struggle to rebar it must be the key issue for their leaders.

In response to available data, it continues, the central banks of the largest advanced economies are withdrawing monetary support faster than expected in April. The result in the synchronization of monetary adjustment between countries is unprecedented and its effects are expected to "bite", with a slowdown in economic expansion and a deceleration in inflation

"A tighter monetary policy inevitably has a real economic cost, but delaying it would only exacerbate the difficulties," he notes. The central banks that have started that adjustment must stay on this path until inflation is tamed.

It ensures that targeted fiscal support can help cushion the impact on the most vulnerable. But with government budgets stretched by the pandemic and the need for disinflationary macroeconomic policy in general, “offsetting targeted support with higher taxes or low public spending will ensure that fiscal policy does not make the job of policy more difficult. currency," the report stresses.

Thus, countries must properly use macroprudence tools to safeguard stability. Where flexible exchange rates are insufficient to absorb the shock, the IMF advises that policymakers be prepared to implement foreign exchange interventions or capital flow management measures in a crisis scenario.