The images of the last goodbye to Queen Elizabeth II

Millions of eyes look at London this Monday. 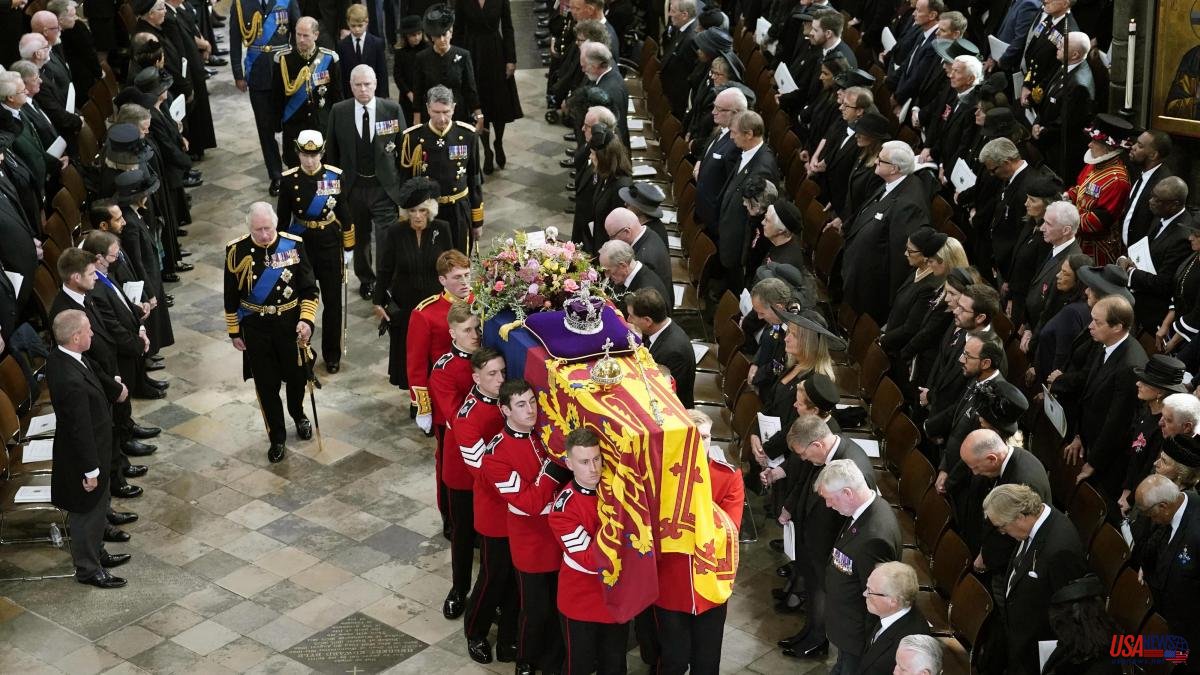 Millions of eyes look at London this Monday. Live, on the streets of the English capital and Windsor, and on the screens of half the planet, with an estimated audience of 4,000 million viewers, the world is paralyzed today to say goodbye to Queen Elizabeth II.

The funeral chapel concluded early this morning in Westminster Hall, the oldest part of the British Parliament, before giving way to the queen's state funeral, which begins in Westminster Abbey.

After the funeral, at around 1:15 p.m., the queen's coffin will be carried in a foot procession from the abbey to Wellington Arch in Hyde Park Corner.

Once at Wellington Arch, the coffin travels in the royal hearse to Windsor Castle, 20 miles west of London, where the queen will be buried alongside her husband and royal predecessors in St George's Chapel. .