King Felipe VI and Queen Letizia today presided over the Armed Forces Day parade that was held in the city of Huesca. 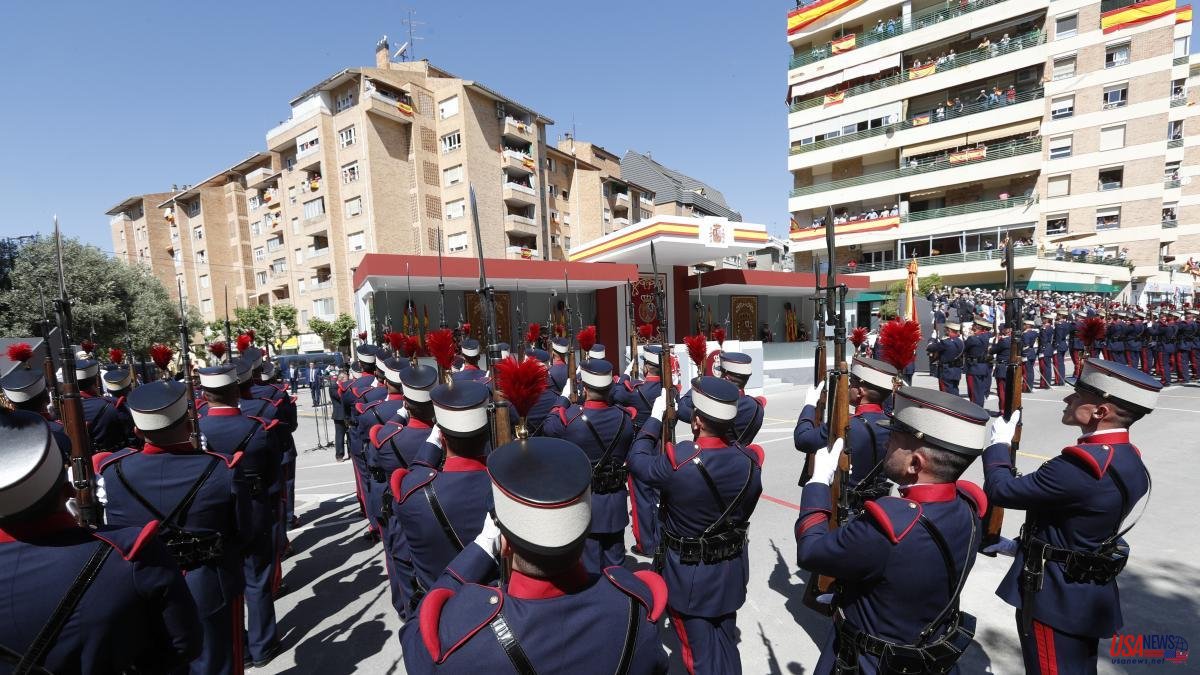 King Felipe VI and Queen Letizia today presided over the Armed Forces Day parade that was held in the city of Huesca. Escorted by lancers and horses, the caravan with the vehicle of the Kings coming from the Huesca-Pyrenees airport, reached the area of ​​the royal tribune shortly after noon before starting the parade.

In the most important military festivity of the year, the streets of the city were filled to witness the arrival of the Kings, to whom they threw 'vivas' and greetings. Upon their arrival, they were received by authorities such as the Defense Minister, Margarita Robles; the Minister of the Interior, Fernando Grande-Marlaska; the Minister of Education and Vocational Training, the Aragonese Pilar Alegría; the Chief of Defense Staff (Jemad), Admiral General Teodoro López Calderón; the new director of the National Intelligence Center (CNI), Esperanza Casteleiro; the president of Aragon, Javier Lambán; the mayor of Huesca, Luis Felipe Serrate, and various civil and military authorities.

After listening to the anthem of Spain, and the firing of 21 salutes of honor that echoed through the adjacent streets, Felipe VI reviewed the Battalion of Honors. After greeting other authorities present at the event, such as the heads of the three Armies and the Civil Guard, María Gámez; The King and Queen sat down to witness the parachute jump over the esplanade in front of the Royal Tribune carrying the Spanish flag.

Subsequently, the Act of Homage to the Fallen for Spain was held, during which the names of the 36 deceased three years ago were read. After the anthem, 'Death is not the end' and the passing of the Eagle Patrol, the Kings will preside over the parade. 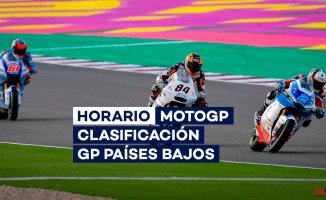 Moto GP: schedule and where to watch today's classification of the Dutch Grand Prix on TV 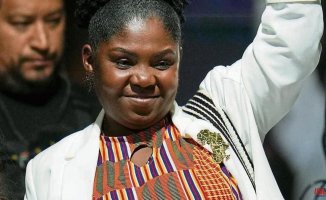 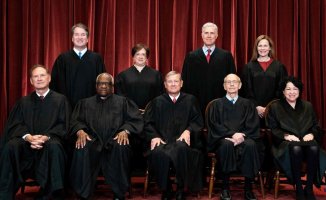