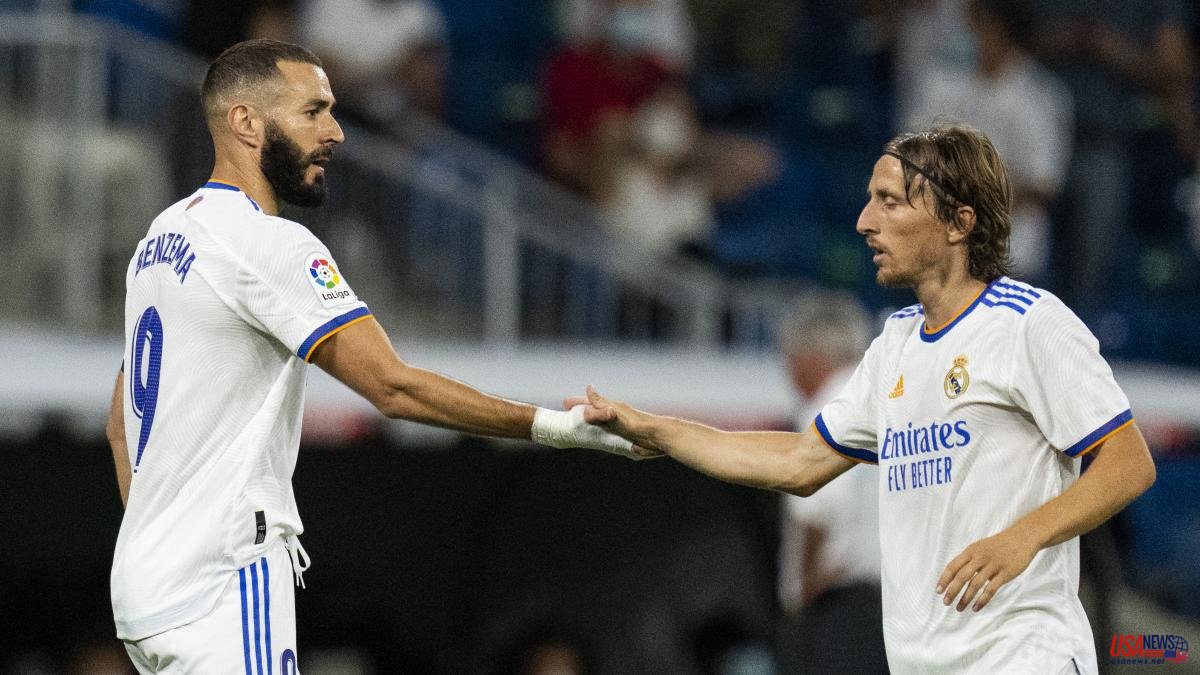 The 2021-2022 League is already history. The 38 days have left individual performances that serve to highlight figures beyond the collective. Proper names such as Modric, Benzema, Pedri or RDT are protagonists of a season that has raised Real Madrid as a great winner.

With the numbers in hand, there has been no better performing goalkeeper than Yassine Bounou this year. The goalkeeper, who arrived in Seville three seasons ago as competition for Tomáš Vaclík, established himself as a starter last year and has closed this course by winning the Zamora trophy. The Seville team, the least scored in the competition with only 30 goals conceded, has achieved a ticket for the next Champions League thanks largely to its defensive solvency, with thirteen goals to 0. The Moroccan, accustomed to appearing as a savior in big events, He has achieved regularity on a day-to-day basis to establish himself as one of the most solid goalkeepers on the European scene.

Juan Foyth arrived at Villarreal as a footballer with projection but without having a defined position on the field. Both central and in midfield, the former Tottenham player had earned a relevant role as an indispensable wild card in the groguet team. But this year his progression has taken another step. After a somewhat disappointing stage in the Premier, the Argentine has established himself as a regular on the right wing of the La Cerámica stadium, being a solvent and reliable player. In a position without big names and at only 24 years old, his emergence this season makes him one of the wingers with the greatest projection in Europe.

Barcelona's season has had more shadows than lights. One of the positive news, however, has been the confirmation of Ronald Araújo as a stronghold for the Barça team. The center-back has closed the course with more than 90% accuracy in his tackles, claiming to be that corrector who enjoys playing away from the goal. The Uruguayan, renewed until 2026, is called to be one of the locker room leaders in the coming years. Praised by Xavi, pointed out as the footballer who has improved the most since the egarense's arrival on the bench, his ability to grow in facets such as getting the ball out will set the ceiling for a player who, at 23, already stands out as a competitive guarantee .

It is true that Eder Militao is one of those exuberant and flashy center backs who dress up as a firefighter in emergency scenarios. But next to him, David Alaba has provided the dose of serenity and poise that any winning club needs in its defense. Without major errors, the stability in his performance has been key to explaining the Madrid title. The Austrian, who arrived at the Santiago Bernabeu this summer, consecrated as an undoubted value on a continental level, has settled in the capital, acting as leader of the renewed white defence. His hierarchy in his axis has obviated a versatility little explored until now by Ancelotti, who has not hesitated to entrust the command of the defensive network to the former Bayern player.

Javi Galán was one of the great revelations of the League last season with his performance in the ranks of Huesca. His performance and the relegation of the Barça team aroused the interest of several clubs. Celta went for Extremaduran, paying about four million euros to get his services. His season in Vigo has confirmed the sensations that he left in his debut in the elite. The winger has been the third player with the most completed dribbles (85) in the 3,300 minutes played. Undisputed for Eduardo Coudet with 37 starts, at 27 years old he is at the optimum point of maturity to distinguish himself as one of the most important left-handed lanes in Spain.

Luka Modric seems inexhaustible. At 36 years old, he has signed one of his best seasons in the League. The Croatian has revealed himself against the passage of time, adding to his creativity and vision of the game a dose of defensive sacrifice that he had not sustained over time in the past. Physically prime and indisputably regarded as a leader on the pitch, the midfielder from Zadar has missed just seven games this year, only three of them due to muscle problems. After winning his third domestic title, Modric seeks to add the fifth Champions League to his record this Saturday in Paris.

If the season at the Camp Nou has proven one thing, it is that there is a Barcelona with Pedri and another without him. The Canarian, who has missed 31 games due to injury and two due to the coronavirus this year, has claimed himself as the main Barça engine every time he has been able to dress short. His last injury to his thigh on April 14 dampened the good feelings of Xavi's team, which with Tegueste's healthy added 32 of 36 possible points in the best streak this season. In just 12 league games, he added three goals and provided three assists, although his impact has gone far beyond numbers.

Sergio Canales' career has definitely been propelled. Manuel Pellegrini has handed over the keys to the center of the Betic field to the Spaniard, who has achieved the regularity that other courses did not have. Without injuries throughout the year, the midfielder has delayed his zone of influence a few meters to get along with Fekir, another of the Verdiblanco team's great offensive arguments. Canales' five goals and seven assists have directly contributed to the success of a season that will allow Betis to travel around Europe next year.

Karim Benzema has never been measured by numbers. However, since the departure of Cristiano Ronaldo from Madrid in 2018, the Frenchman has also taken the baton in the scoring section. This year, he has signed his best figures, with 27 goals in the League and 44 in all competitions. His performance as general captain of the league champion has catapulted his candidacy into the race for the Ballon d'Or. In addition to breaking his scoring record in Spain, the Frenchman has been fundamental in Europe, with ten goals in the Champions League qualifiers against PSG, Chelsea and Manchester City.

Vinícius Jr. had all the conditions to become one of the great stars of the League. Quick, skillful, cheeky and with a bomb-proof mentality, the Brazilian was forced to choose between being a gimmicky but ineffective dribbler or exploding as a voracious and determined attacker, with an impact on the result. In his fourth year in Spain, the carioca has chosen the second option. Author of 17 goals and 10 assists, he has been one of Ancelotti's great pillars to explain the Whites' successful season. With 2,699 minutes in his legs, he is the player who has dribbled the most times (95), a constant source of threat on the Bernabeu's left flank.

Raúl de Tomás had the challenge on his return to the elite to maintain his figures in the Second Division, where he was Pichichi with 23 goals. Despite the jump in level and the increase in demand, the man from Madrid has not reduced his contribution to Espanyol, in a somewhat turbulent season in Cornellà. His 17 goals make him the Zarra of the League, tied with Iago Aspas. The attacker, who came to the perico squad due to his lack of prominence at Benfica, is facing a key summer in his career. At the moment, Luis Enrique's call for the commitments of the national team confirms that the attacker is going through his best professional moment.