The hour of Neymar, the footballer

Let's start with a personal story, already declassified by the passage of time. 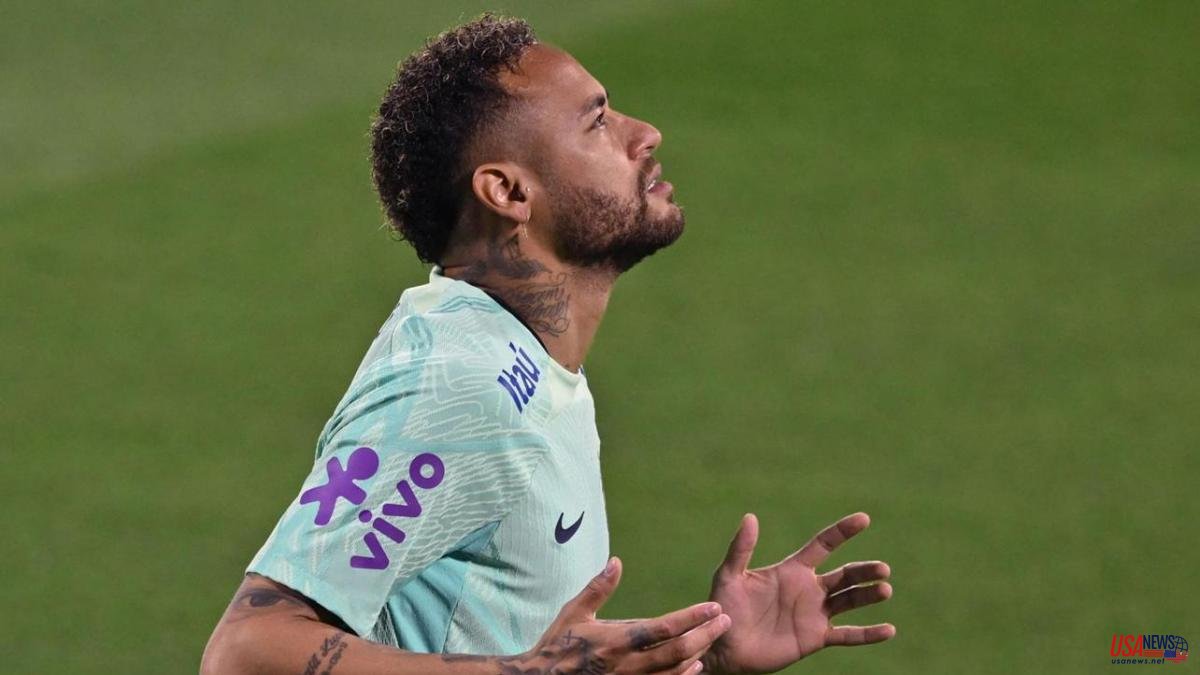 Let's start with a personal story, already declassified by the passage of time. It was the year 2013 or 2014, the year Neymar landed at Barça, and I was granted an interview with the Brazilian phenomenon. He was then 23 years old. The player, not me.

Everything was different from the usual conduct. To begin with, I was summoned to a building where an advertisement for a television multinational, sponsor of the new crack, was being filmed. The interviewee was hours late. A member of his large entourage would appear from time to time to check that the ignored journalist was still there, waiting. Neymar finally showed up, looking sleepy (I always suspected he took a phenomenal carefree nap while I bit my nails), and during the chat the guy was fine, charming at times, transformed into a smiling being when it was his turn to drink. the pictures. A professional programmed for marketing. A product. The Neymars, especially his father, were clear about it from the start. Already as a Santos player, he was rained with offers from companies to ally with him and his unbeatable charisma. His image appeared in static advertisements on highways in his country, also on television.

By chance in life, I met the kid who was shooting the filler scenes for the spot, a skinny body double who was very skilled at tapping the ball, which was useful for sequences in which Neymar's face couldn't be seen. They gave him a television.

Some time later they told me that a helicopter landed one day in the sports city of Barça to take Neymar to a shoot. His schedule was crazy. It still is today. His life moves under a code of conduct that is the opposite of what would correspond to an elite footballer. Poker, scandals, devotion to nightlife, private parties, television cameos... Puma (he left Nike), Qatar National Bank, Qatar Airways, Red Bull, McDonald's, Panini... These and many other multinationals pay him handsomely.

His football should suffer and it has been for years, but one reviews the numbers that he has accumulated throughout his career and wonders where he would have gotten without all that paraphernalia that he carries in his backpack. Thinking about it is an absurd question. Where would Romario have gone without going out at night? To nowhere. If you take away the good part of life from these players they lose their essence. They are like that, you have to buy the whole lot. Or let them run.

Neymar, still today the most expensive signing in football history (222 million euros), has not been the successor to Leo Messi as predicted but he is not that far from the Argentine. At 30, he is still in time to become the top scorer in the history of Brazil. He is second with 75 goals, only two behind Pelé. We repeat, Pele. In European competitions, he accumulates 43 goals in 80 games; in European national leagues, 269 games and 177 goals. Defining Neymar only by his aim is, however, a mistake. When he's fit, the striker's attacking catalog is as rich as his checking account. Great repertoire of dribbling, change of pace, courage against dirty defenses, goal assists, finishing. Neymar continues to be the undisputed leader of the Brazil team, despite the fact that Tite has chosen Thiago Silva as captain. Neymar is untouchable. A German journalist called him arrogant for embroidering the sixth champion's star on pants prematurely (Brazil has five World Cups). "That guy is an imbecile," Richarlison, a locker room partner, defended him.

Brazil debuts today against the uncomfortable and talented Serbia at the Lusail stadium, the same one that will host the final. That's as far as Neymar wants to go on December 18. So far his two participations in World Cups have been disappointing. Before, in 2010 and at the age of 18, he was not summoned despite some social mobilization (thousands of signatures were collected asking for it in vain); In 2014, in a World Cup organized by his country, he suffered a fissure in a vertebra in the quarterfinals that at least helped him get rid of the humiliating 1-7 defeat in the semifinals against Germany; in 2018, he lost in the quarterfinals against Belgium.

Controversial, provocative and storyteller (that has been polished), to motivate Neymar he could review two laudatory statements from two different places. The first was dropped by a Guingamp defender, Lucas Deaux, the day the Brazilian made his PSG debut in 2017: "It will be hard for me to sleep, I've never seen a player like him." The second is recent, taken from a letter written by Romário: “I made my story and I am sure that you will make yours”.