The hotel that fascinated the Brilliant Comrade

It happens when you arrive via runway 02. 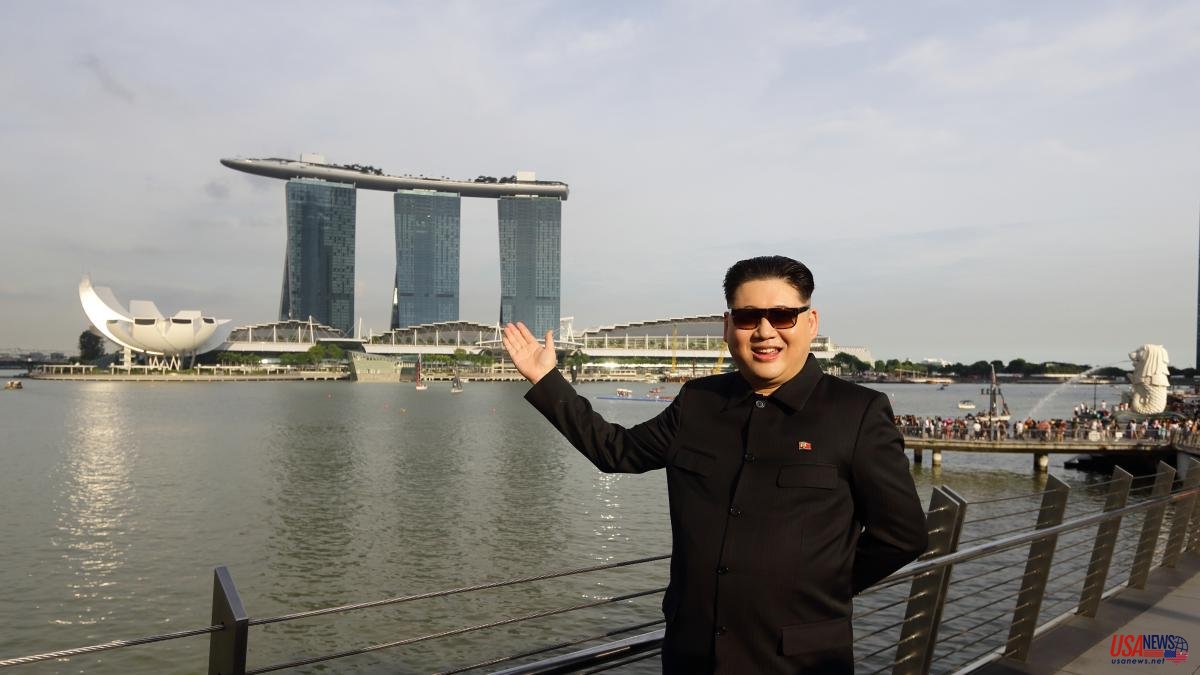 It happens when you arrive via runway 02. A few minutes before landing in Changi, you fly over an enormous spectacle at sea: hundreds of ships anchor in the strait that separates this microstate from the Riau Islands in Indonesia. Some ships wait to enter the second most important port in the world for movements. Others await orders from their owners for their next mission.

In addition, if you travel on the left side of the plane, before arriving at an airport that year after year wins several awards for the best world and occupies the grounds of what was once a Japanese prison camp, the observant traveler can see also the huge towers of the central area. There are more and more tall buildings in the country, although none are as imposing as the Marina Bay Sands. Three 57-storey skyscrapers joined at the base and also at the top, with a platform 340 meters long and 200 meters high. Above this, a park of more than one hectare and an infinity pool that is probably one of the most photographed and later shared on social networks.

Despite having 733 km2, which makes it one of the smallest states in the world, slightly above Andorra, Singaporeans love to talk about the great figures of their economy, the real weight of their country in the world and the virtues of a society of five and a half million inhabitants, which in reality would be less. Four million are residents, citizens and permanent residents, and a million and a half have work permits or are foreign students.

Dawn Wang, director of the Marina Bay Sands, is one of the residents. She speaks with pride of her country and the enormous numbers of her hotel: 2,561 rooms and suites, a 120,000 m2 convention center, almost 75,000 luxury shopping arcades, a museum and two theaters. On the lower floors is also located the huge casino of the Sands brand, born in Las Vegas in 1952. In the Singapore version, the impressive gaming room, open 24 hours a day, has 600 tables and 1,600 slot machines. Admission is free for foreigners, who will already pay using the facilities, while nationals and residents of Singapore have to pay an entry equivalent to 106 euros per day to play or buy an annual pass of about 2,120 euros. The Government, open, although implacable with foreigners, and very paternalistic and demanding at the same time with its own, intends to discourage gambling among its nationals.

That huge casino was one of the few places Kim Jong Un did not visit there on the night of June 11, 2018, the eve of his meeting with then-US President Donald Trump. Outside the program, the North Korean leader wanted to visit some of the city's attractions and the foreign and education ministers offered to be his night watchmen. As the one who shows the best of his house, the two ministers showed Kim Jong Un and his sister, Kim Yo Jong, the Gardens by The Bay, enormous gardens on the strait whose main attraction are some heated domes to better preserve varieties of around the planet, and then they approached the Marina Bay Sands on foot, taking in its main attractions and avoiding the arcade.

In the report-summary of about three quarters of an hour on the trip of its leader to the summit and the different bilateral acts experienced in Singapore, North Korean central television spent several minutes showing the so-called Brilliant Comrade there enjoying and visibly impressed with the facilities , the spectacular views and the high-rise garden. He was also friendly, greeting dozens of people staying at the hotel, whose minimum price is around 350 euros per night in the simplest room. Guests' faces were disbelieving that North Korea's legendary supreme leader was so close as they sipped cocktails or soaked in the infinity pool.

Days before, other travelers also thought they saw Kim Jong Un in Singapore. It was Howard-X, an Australian music producer and comedian of Hong Kong origin, a convincing impersonator of the North Korean. Local authorities warned him that it was not the best time to act, much less to approach the places where a summit was held that ended with many photos and that did not change anything between North Korea and the US.