The historic UGT union leader, Nicolás Redondo Urbieta, has died this Wednesday at the age of 95, according to what socialist leaders have lamented on social networks and the UGT union. 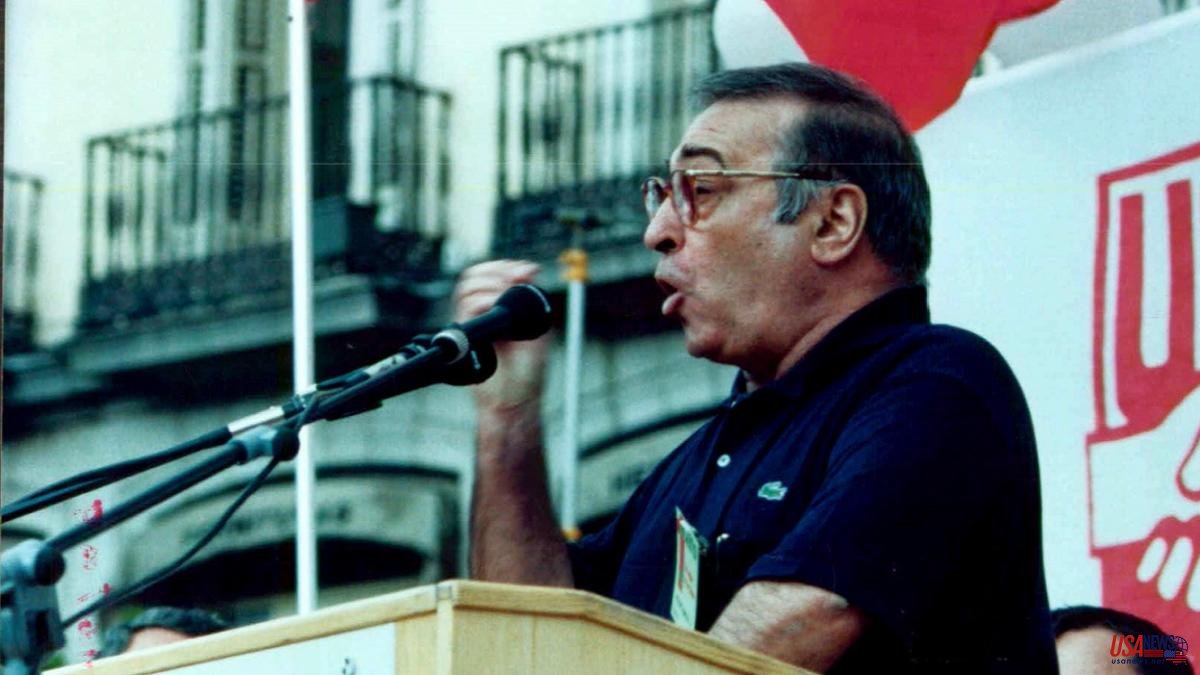 The historic UGT union leader, Nicolás Redondo Urbieta, has died this Wednesday at the age of 95, according to what socialist leaders have lamented on social networks and the UGT union.

Nicolás Redondo Urbieta (Baracaldo, Vizcaya, 1927) was a historic Spanish unionist and politician. His father, Nicolás Redondo Blanco, a worker at the Altos Hornos, was already a member of the PSOE and the UGT in 1915, and after the Civil War he was sentenced to death, but his sentence was commuted to 30 years in prison, of which he served six. in El Puerto de Santa María (Cádiz).

At the age of ten, in 1937, he was evacuated along with other Basque children on the ship 'Havana' and taken to Bordeaux (France), where he was picked up by a mining family from Herault of Spanish origin, with whom he lived until 1940. Claimed by his family at the end of the Spanish Civil War, in 1940 he returned to the country. In 1942, he went to the Sestao Navy as an apprentice adjuster officer.

This metalworker joined the PSOE and the UGT in 1945. Thus began a very long union biography, which reached the front line in 1976. He was arrested and prosecuted by the Francisco Franco regime on numerous occasions (up to six times) due to their political and union activities. He was banished to Las Hurdes in 1967.

On April 18, 1976, he was elected general secretary of the UGT at the 30th Congress of the socialist trade union center. Two years earlier he had resigned to lead the PSOE at the Suresnes congress. He was elected deputy of the PSOE for Vizcaya in 1977, 1979, 1982 and 1986. In 1987 he resigned his seat after voting against the General State Budget (PGE) for 1988. He called together with the CCOO the general strike of December 14, 1988 and two more general strikes in June 1992 and January 1994.

On April 10, 1994, when his son Nicolás Redondo Terreros led the PSE-EE, in the 36th Congress, he gave way to Cándido Méndez as general secretary of the UGT and withdrew from all political and union activity.