The participation of Asian countries in international competitions usually causes more than one headache for sports journalists during match narrations. 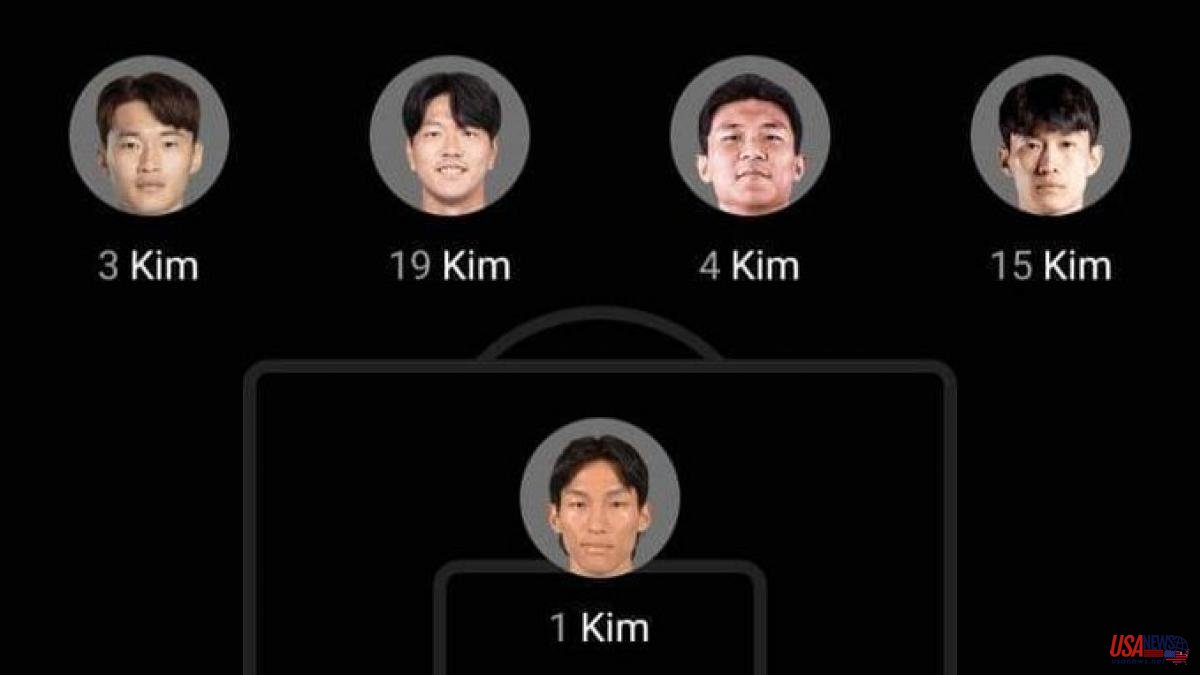 The participation of Asian countries in international competitions usually causes more than one headache for sports journalists during match narrations. Not so much because of the ignorance of the athletes, but because of the correct pronunciation of their names. Something that, how could it be otherwise, is also happening in the World Cup in Qatar 2022.

The case of South Korea. However, the peculiarity of this team, beyond the diction of the names of the players, is that in the opening match they played against Uruguay they came out with five starting players named 'Kim' and three named 'Hwang'.

The RAI story. As if that were not enough, the five 'Kims' play very close together on the pitch, as they are the goalkeeper (Kim Seung-gyu from Al-Shabab Club) and the four defenders (Kim Min-jae from Napoli, Kim Jin -su who is a winger from Al-Nassr, Kim Moon-hwan from Jeonbuk Hyundai Motors F.C and Kim Young-gwon Ulsan Hyundai F.C.)

Normally, when the circumstance occurs that two or more footballers share a last name, the announcers usually differentiate them by full name or nickname. However, the narrator of Italy's RAI 2 put in the miles without complicating his life and sang the South Korean lineup for a run to the tune of "Kim, Kim, Kim, Kim, Kim, Jung, Hwang, Na, Son, Lee and Hwang".

In numbers. The hilarious way of the Italian announcer to narrate the Korean lineup was captured by dozens of users on social networks. One of them, the tweeter @1908masterclass, has achieved more than 7.5 million views with the publication of the clip, in addition to more than 7,700 'likes' and 2,000 retweets at the time of writing these lines.

Top comments. As expected, this circumstance has given rise to countless funny memes and comments.

The peculiarity of the surname 'Kim'. In addition to making humorous comments, some users have also pointed out the peculiarities of surnames in South Korea. From its scarce variety, to the almost exhausting repetition. Nearly 50% of the population is called 'Kim', 'Lee' or 'Park'.