The Aston Villa goalkeeper, who has defended the Argentine nets during the World Cup, is receiving criticism for his obscene gesture when he was named the tournament's Golden Glove. 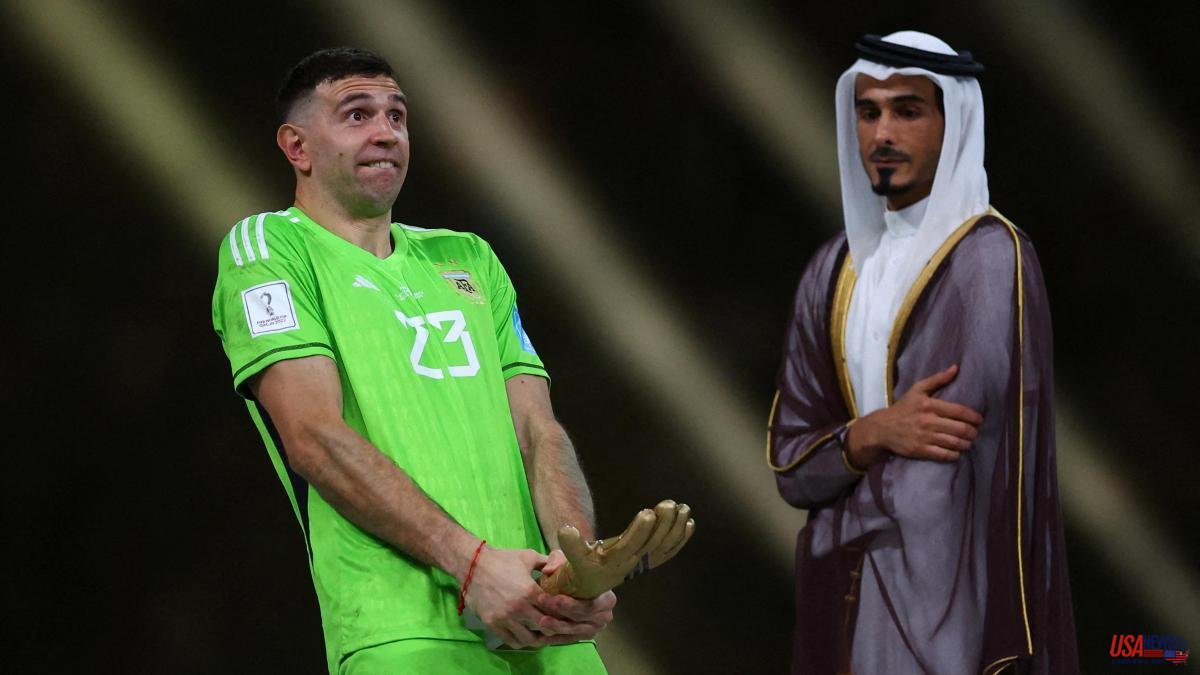 The Aston Villa goalkeeper, who has defended the Argentine nets during the World Cup, is receiving criticism for his obscene gesture when he was named the tournament's Golden Glove.

The goalkeeper had already saved his team against the Netherlands by saving two shots in the penalty shootout and appeared again in the final. In the 117th minute, with the score at 3-3, he managed to stop Kolo Muani's point-blank shot with his left foot. Thanks to that save, the title was decided from 11 meters, where the man from Mar del Plata once again showed that he is a true specialist.

Dibu Martínez does not hide his emotions on the pitch, whether it is celebrating his saves on penalties or receiving prizes. It already happened in the same way, when he was proclaimed the best goalkeeper in the Copa América: the player takes the award to his crotch while biting his lower lip.

This time the celebration has left a striking image with the doorman performing the gesture under the watchful eye of a Qatari royal. A celebration that caused and has once again provoked criticism in the media and social networks.

In statements by the goalkeeper to the Argentine media after the final, he declared that he made the gesture again because the French fans were booing him, to which he added: "Pride is not my thing."

An awards ceremony that did not go unnoticed and that left many details. Mbappe saw how the golden boot that proclaimed him the top scorer of the tournament was turned over, Enzo Fernández did not appear in the first photo of the winners and Messi was placed a bisht moments before lifting the World Cup.