The Guardiola and Klopp show

The circus of the richest and most powerful league in the world returns to the stage tonight, promising an even better show, if possible, under the title of The Guardiola and Klopp show. 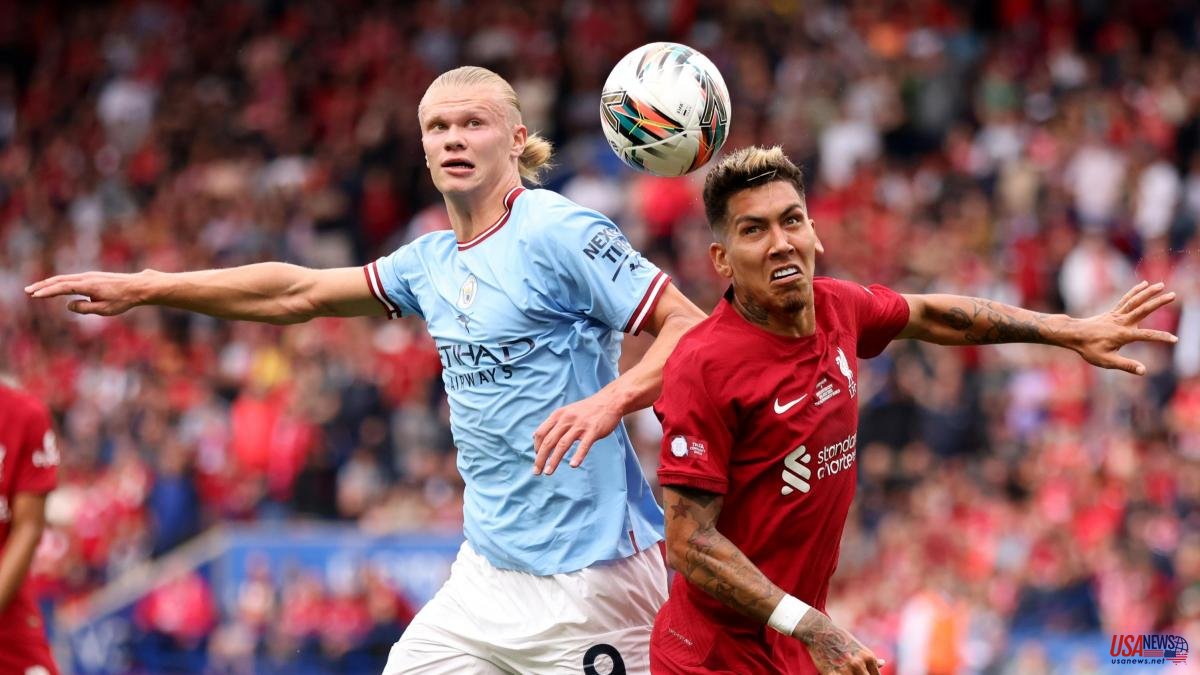 The circus of the richest and most powerful league in the world returns to the stage tonight, promising an even better show, if possible, under the title of The Guardiola and Klopp show. In football you never know, but on paper it is difficult for anyone to seriously question the hegemony that Manchester City and Liverpool have already exercised in England for years.

The power of last year's champion and runner-up, who in the end separated only one point in the standings, was already evident last Saturday in the Community Shield, the opening game of the campaign (3-1 for Liverpool). Guardiola's men seem to have done a magnificent deal with the acquisition of the Norwegian Håland for 60 million euros (a bargain given the prices on the market), a true center forward who opens up tactical options that they lacked with false nines . The Citizens have also added Argentinian Julián Álvarez, defensive midfielder Kevin Phillips and goalkeeper Stefan Ortega to their squad, with a total transfer investment of 115 million euros.

Guardiola believes that in order to remain competitive, a permanent renewal is necessary, and even more so after the disappointment of being eliminated in extremis by Real Madrid in the semifinals of the last Champions League, when he already thought he had both feet in Paris. He has dispatched Gabriel Jesús and Oleksandr Zinchenko to Arsenal for almost a hundred million euros, and the effervescent attacker Raheem Sterling, an English international, to Chelsea for another sixty kilos with which he has made a good box. He also bids farewell to veteran Fernandinho, longtime defensive midfield pillar and Etihad hero.

Liverpool have not been far behind when it comes to spending, spending almost as much on the acquisitions of Uruguayan Darwin Núñez from Benfica and Community Shield star, Portuguese Fulham player Fabio Carvalho and Calvin Ramsay (Aberdeen). In exchange, he has gotten rid of Sadio Mané, in recent years a member of the trident that he formed with Mo Salah and Roberto Firmino, and who has packed his bags for Bayern. In the coming months it will be seen if the trading cards that Guardiola and Klopp have carried out have served to further strengthen the two English giants. For Liverpool, who aspired to four trophies, it was a great disappointment to be deprived of the two juiciest, the Champions League and the league, and this year they want to go one step further. As for City, the European Cup – where their defensive problems are generally more exposed – remains the big unfinished business.

Chelsea open the post-Abramovich era, with a new owner and a certain turbulence due to Thomas Tuchel's demands for more reinforcements apart from Sterling, and due to limitations that have been evident in a 4-0 defeat against Arsenal in the preseason. The London club has been left without Lukaku, Rüdiger and Christiansen, but yesterday it seemed about to close the signing of former Barcelona player Marc Cucurella, from Brighton, for 60 million. In one season, the 24-year-old left back has dazzled in the Premier, and City had also been interested in him.

Tottenham has been reinforced with center forward Richarlison (Everton), but its great triumph has been getting Kane to remain, who at times seemed to be leaving. But on paper it seems difficult that he is in a position to dispute the hegemony exercised by the reds and the citizens. The same can be said of their eternal rival from north London, Arsenal, who last season were left out of the Champions League on the last day, and where the work of Miquel Arteta is quite controversial. The arrival of Gabriel Jesús, Zinchenko and the Portuguese Fabio Vieira can help him, but above all he needs more regularity and character. It is a very soft team that is easily demoralized.

Erik ten Hag also has an arduous task ahead of him at Old Trafford to return Manchester United to the glories his fans are accustomed to, but they have eluded him since Alex Ferguson retired. He has done a thorough cleaning on a very bad bench, letting Pogba, Matic, Lingard, Cavani and Juan Mata leave, and hiring the Argentine Lisandro Martínez and the Danish Christian Eriksen. Their North American owners, unpopular with the fans, have barely spent half as much on transfers as their biggest competitors.

The big six are the favorites to compete for the title and the Champions League places, among which it would be a surprise if West Ham or Leicester entered. Historic like Aston Villa, Everton, Leeds, Wolverhampton and Newcastle are satisfied with not being in trouble, and Fulham, after two failed attempts, with consolidating themselves in the Premier.