The growth of the Chinese economy falls to 0.4% in the second quarter

Spring has not been good for the Chinese economy. 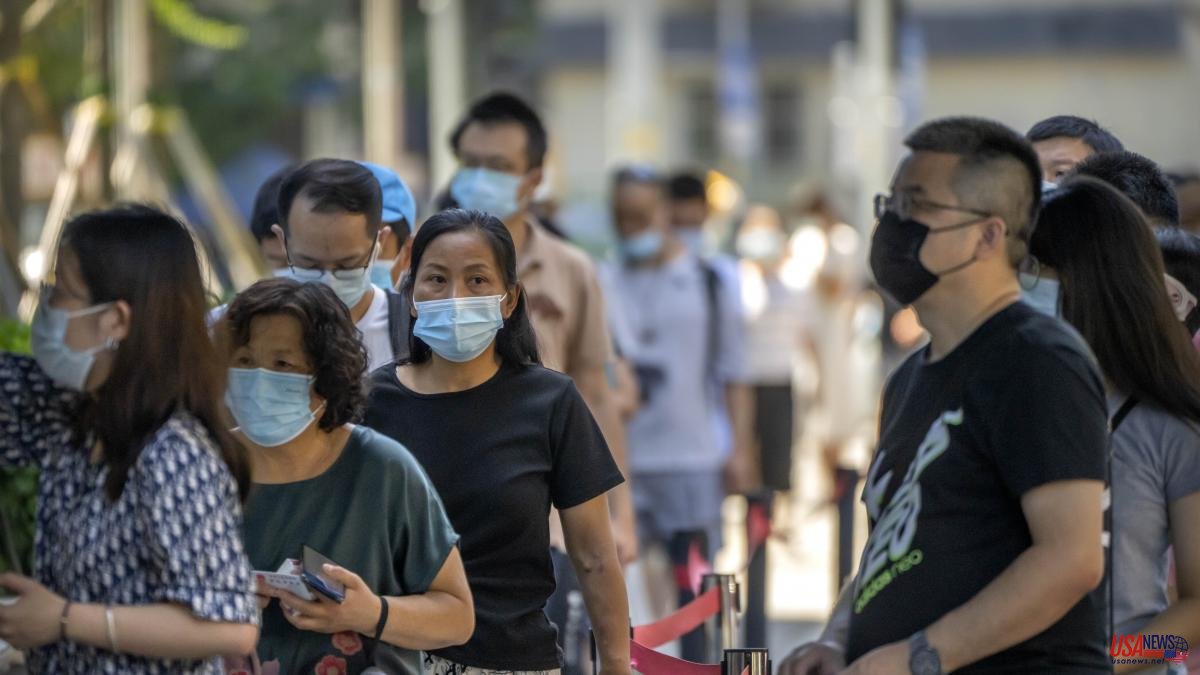 Spring has not been good for the Chinese economy. In the second quarter of the year, the country's gross domestic product (GDP) barely grew by 0.4% year-on-year. It is a figure lower than previous expectations of around 1% in a period marked by the restrictions and confinements imposed to curb the coronavirus, which greatly complicates meeting the 5.5% growth target set for the global economy. this year.

Compared to the first quarter -adjusted for seasonal factors-, GDP contracted by 2.6%, thus highlighting the effect of the restrictions of the 'covid zero' policy. The activity was "much weaker than expected", analyzed Rajiv Biwas, of S

The slowdown in the April-June quarter was marked by strict closures such as that of Shanghai - the Chinese financial and commercial heartland that registered a year-on-year contraction of 13.7% of its GDP - and other industrial centers spread throughout the country's geography. As a result, millions of people were confined to their homes, unable to work in factories, open their businesses or consume, the purchase of raw materials and other goods from foreign partners was reduced, and national and global logistics chains were affected.

With the outbreaks now under control, the measures began to be relaxed in June, which translated into an improvement in the indicators. This is the case of industrial production, which grew by 3.9% year-on-year in June compared to 0.7% in May and a contraction of 2.9% in April; or retail sales, an important indicator of consumption, which increased by 3.1% that month after having contracted by 6.7% in May and up to 11.1% in April.

For its part, the unemployment rate stood at 5.5% year-on-year in June -six tenths less than in April-, but that of the category between 16 and 24 years old, which includes recent graduates, rose even more until 19.3%.

“The Chinese economy has been on the verge of falling into stagflation, although the worst has passed since the May-June period. The possibility of a recession, or two consecutive quarters of contraction, can be ruled out, ”said the chief economist of the Dai-ichi Life Analysis Institute in Tokyo, Toru Nishihama, to the Reuters agency.

Despite the improvement in June, the threat of new restrictions in the event of outbreaks, added to the weakening of the national real estate market and the worsening of the global economy, generates a climate of uncertainty that has triggered the concern of companies and consumers and threatens with hindering the incipient recovery.

In recent days, cities such as Xian, Lanzhou and Haikou have once again imposed restrictions and ordered mass testing of their population. According to the Japanese firm Nomura, some 250 million people in 31 cities were under some kind of restriction in China on Monday with a few months to go until the Communist Party congress is held. In that key political appointment, President Xi Jinping, who has made the 'covid zero' policy the banner of his management of the pandemic, is expected to revalidate his position for a third term and thoroughly renew the government of the.

To avoid serious problems and to ensure stability ahead of the conclave, Chinese Prime Minister Li Keqiang called a meeting in May with more than 100,000 local business and government officials in which he invoked the need to boost economic growth while the pandemic is under control.

To this end, the authorities have been approving various aid plans, and it is more than likely that they will deploy new stimulus measures to reactivate their economy. At the moment, unlike what is happening in the world's main economies, the Chinese central bank has decided to keep its interest rate unchanged - it is now 2.85% - in the medium term and for one year to some financial institutions.

With the rise of 4.8% in the first quarter, when the effect of the restrictions was not yet noticeable, the total Chinese GDP grew by 2.5% overall in the first six months of the year. The percentage is far from the government objective of achieving an increase of 5.5% for this year, and most analysts believe that they will not be able to achieve it.

This is the case of Goldman Sachs, which lowered its growth expectations for this year in China to 3.3%. “We expect a further recovery in growth during the rest of the year, but we believe that the pace will be much less pronounced than in the spring of 2020 and that the new risk (of restrictions) due to covid in some cities in July could limit the pace of recovery. of the services sector to a certain extent”, they assured in a note.