After establishing itself as the festival of resistance during the pandemic, the 2022 Grec will be marked by being the one of exaltation, the one that has programmed the most theater since 2009 and for recovering works whose tour was cut short by health limitations, without forgetting those new productions that, as always, will host the most important cultural event of the Barcelona summer. 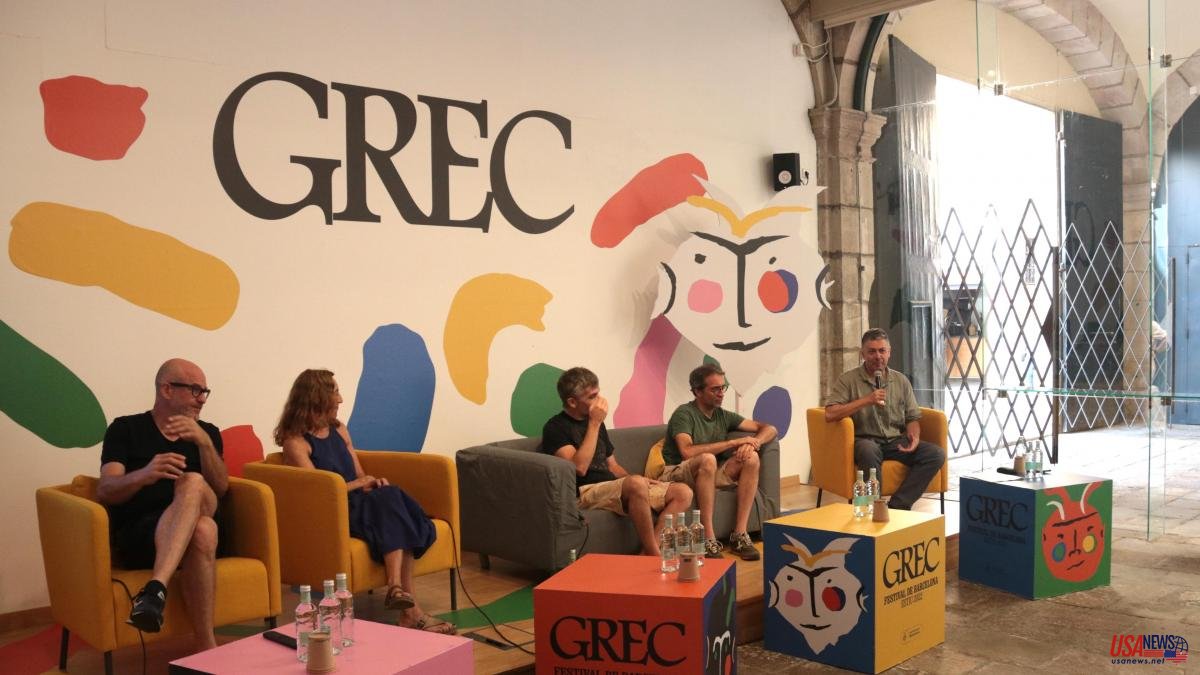 After establishing itself as the festival of resistance during the pandemic, the 2022 Grec will be marked by being the one of exaltation, the one that has programmed the most theater since 2009 and for recovering works whose tour was cut short by health limitations, without forgetting those new productions that, as always, will host the most important cultural event of the Barcelona summer. Be that as it may, the creators who will present -or re-release- their productions at the Grec have believed that it is a good opportunity to "evoke contemporary malaise". Although they are words pronounced by the director Àlex Rigola, they could belong to other playwrights, since the festival's new scenic creations are united by addressing current affairs.

In his case, Rigola will bring to the Grec another version of Ofèlia, which was already performed in the last edition of Temporada Alta and "was born from the grayness of looking to the future in the pandemic", according to the director. Ofèlia (Panic Attack) is a new format that can only be seen by 20 spectators per screening, between July 4 and 16 at the Can Trinxet space in Hospitalet de Llobregat. For the monologue, "an evocation of Shakespeare's Ophelia", Rigola opts for the proximity of the viewer to deal with suicide and anxiety.

Another of the creators who investigates the human mind is Jordi Prat i Coll, who, from July 15 to 17, will present Fàtima at the Teatre Lliure de Gràcia, where he will stay for the season. In the work, the streets of the Raval are traversed to reflect on innocence and vanity, through a text "with many layers of reading", as Prat i Coll indicated.

The play Europa Bull by Jordi Oriol will take on a second life at the Teatre Nacional de Catalunya between June 30 and July 17. With its programming, and along with two other pieces hosted by the TNC during the Grec, a wish of the institution's director, Carme Portaceli, is fulfilled. “We cannot turn our backs on the festival, but we have to stand to the side”, she sentenced. Thus, the award-winning, critical and humorous Europa Bull will be represented in a Grec that sets its sights on this territory. “It seemed important to us that it be there”, determined the director of the festival, Cesc Casadesús.

Without moving away from the Old Continent, MIVION (Ràdio Sarajevo) can be seen at the CCCB from July 14 to 16. It is a documentary piece by Carles Fernández Giua that accesses the experiences of a radio journalist who lived through the Bosnian War from his studio, but also those of a young Catalan who is unaware of the conflict and another Catalan of Bosnian origin. All to question what is the price of surviving a war.

On the other hand, the company El Conde de Torrefiel will represent Una imagen interior, which closes the Ultraficciones cycle, between July 7 and 9 at the Lliure. Several artistic disciplines converge in it to explore the tensions between the individual and the collective.

The festival will also witness the premiere of Runa, the latest work by Lali Ayguadé, in which she recounts the relationship between two people playing with their memories, present and imaginary. It will be presented from July 3 to 5 at the Mercat de les Flors. Likewise, Ana Morales will defend her particular vision of flamenco in Peculiar, scheduled on the same stage on July 25 and 26.

Nazareth Panadero is another of the artists who will be present in the Grec dance programme, with Live and Let Live, which, in turn, is made up of Two Die For and Tomorrow Early. The choreographer Nazareth Panadero was one of the dancers who, for many years, was a member of the Pina Bausch company and, coincidentally, her creation will be staged in the Pina Bausch room of the Mercat de les Flors, between July 14 and 16. La Intrusa will also perform the piece Prusik on July 21 and 22 at the Mercat.