The great odyssey of Laia Sanz in the Dakar

Laia Sanz, the great lady of the Dakar, went yesterday, in the second stage, from touching glory to savoring the bitterness of the toughest rally in the world. 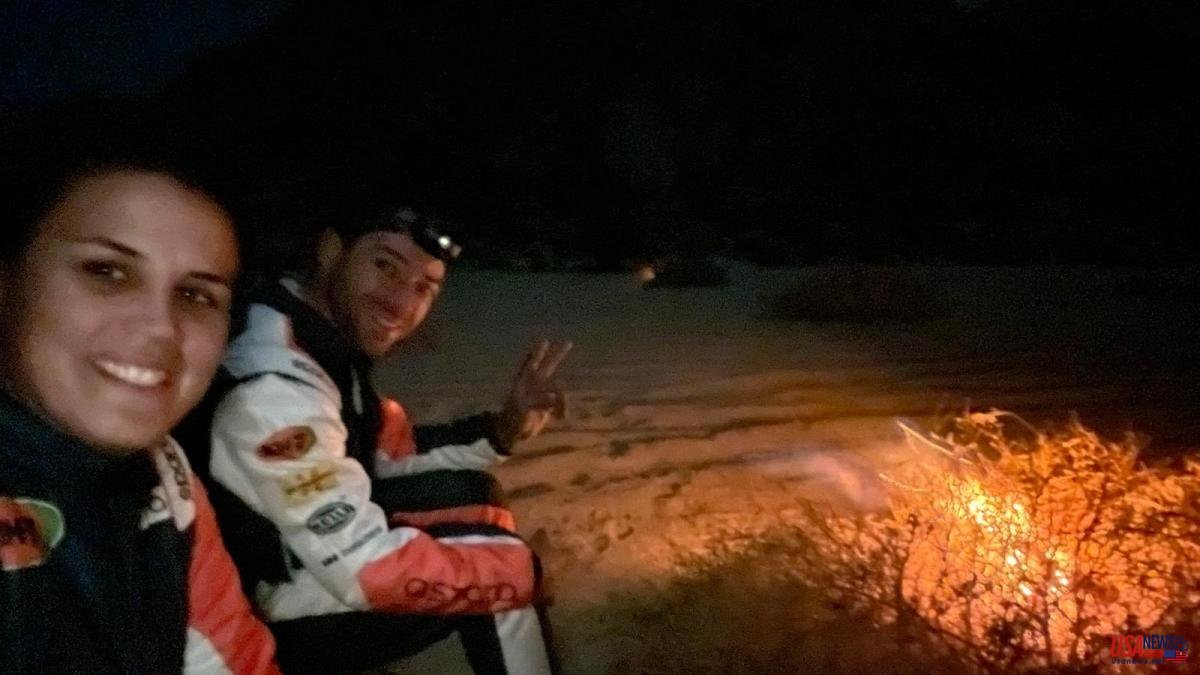 Laia Sanz, the great lady of the Dakar, went yesterday, in the second stage, from touching glory to savoring the bitterness of the toughest rally in the world. The Catalan driver was aiming for the top 10, her best partial result in the car, but a wheel failure left her stuck in the middle of the route: she lost more than 6 hours, arrived at the camp almost at midnight and ruined the chances of she.

The second stage of the Dakar, between Sea Camp and Al-Ula, with 430 km of timed special, turned out to be "hell", in the words of Sébastien Loeb, who also lost an hour and a half and lost any chance of winning the rally. A very rocky course caused numerous punctures in almost all the participants. Laia Sanz did not escape. Around kilometer 20 she punctured her Astara buggy.

"We have punctured at kilometer 20 and we have decided to be careful to preserve the wheels, because we knew that there were many kilometers with stones left," explained Sanz upon arriving at the camp, around 11:00 p.m. in Arabia, night already closed in Al-Ula.

After the puncture mishap, Sanz and his co-driver Maurizio Gerini solved the pitfalls on the road and were in 11th provisional position at kilometer 230, halfway through the stage, just 14 minutes behind the then leader Van Loon.

However, problems began to arise. "The car began to fail at kilometer 130 and then at kilometer 330, to top it off, the stud bolts on one wheel broke and we had to change the knuckle," Sanz narrated.

The mechanical failure, driving cautiously at 50 km/hour, kept them detained for an eternity, more than four hours at the fateful kilometer 330. "It has been difficult to repair, we have lost a lot of time and we have arrived at the bivouac at night," lamented Sainz. , who arrived at the bivouac around 11 at night. He had left the camp at 8:33 in the morning. That is, more than 14 hours in the car.

“We were left with a bittersweet taste, because we were going very, very well and we were doing an intelligent stage. It's a pity, because today there was a lot of trouble and we were doing very well. I want to thank Isidre Esteve and the Coronel brothers for stopping to help us”.

Having overcome the odyssey, almost without rest, this morning he hit the road in stage 3, in position 138, with the aim of looking for good stage results.

“We can no longer do a good Dakar, but we can do good stages. The luck is that we have arrived. Now it's time to look ahead and give gas”.