The great 'judge' in the Olympus of batters

Despite his height (two meters), his excellent bearing and being the best armed arm of the Bronx Bombers in decades, Aaron Judge, 30, maintained the humility that characterizes him on and off the baseball field. 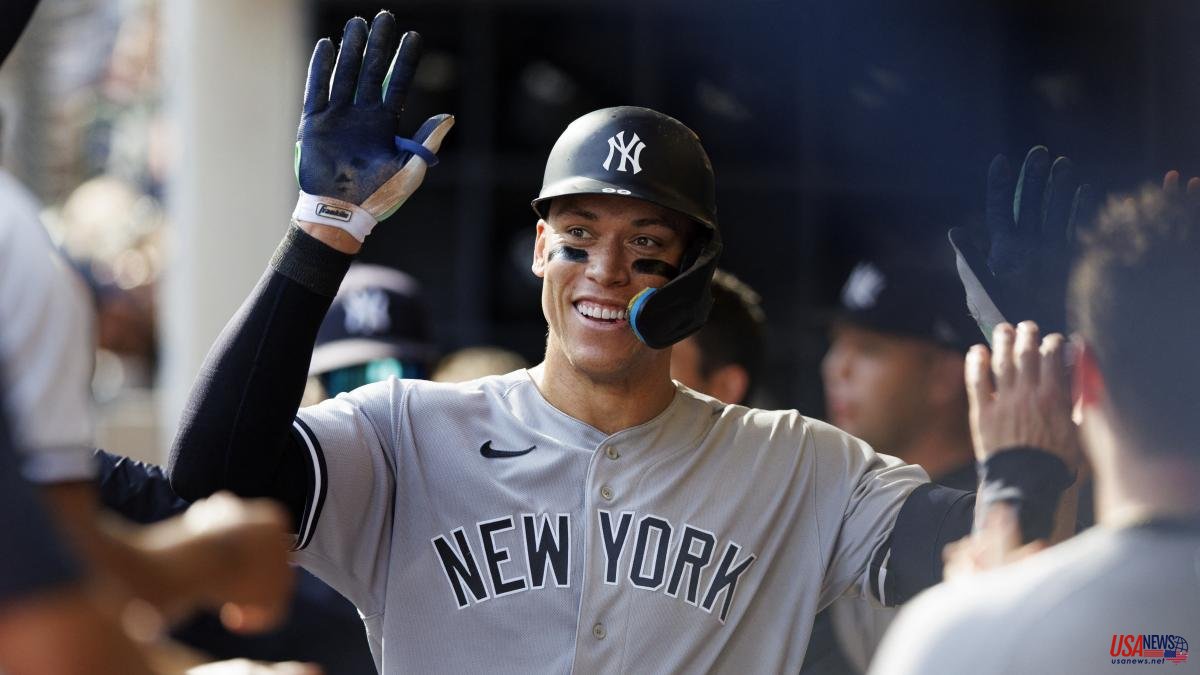 Despite his height (two meters), his excellent bearing and being the best armed arm of the Bronx Bombers in decades, Aaron Judge, 30, maintained the humility that characterizes him on and off the baseball field.

And that had already received congratulations from half the world, including President Joe Biden: "You have made history and there is more to do."

The congratulatory reactions were lavished as soon as the 99 of the Yankees hit a homer, at the beginning of the game in Arlington (Texas) against the Rangers, which was the record in the American League of 62 home runs in a season. He surpassed the 1961 mark of Roger Maris, another illustrious Yankee.

Homers, abbreviated, or home runs, for Hispanics, is the sublime bat hit, the one that sends the ball off the field and enables a player to go around the diamond, and those who are on the bases.

His achievement gains shine because it is the best mark after the steroid tests were established. In the National League, in the pre-control era, Judge is surpassed by Barry Bonds (73), Mark McGwire (70) and Sammy Sosa (66), but the three are most suspected of using prohibited substances. Many deny those records and consider Judge the absolute record holder.

He gave sentence with a “only home run”. A race. He happened in the first inning, almost cold, on pitcher Jesús Tinoco's second pitch (noted at the bottom of the page in the baseball yearbooks). In his hit, he gave the ball a speed of 165 kilometers per hour and flew 119 meters.

He got it on Tuesday night, in the penultimate game of the season, under pressure that led him to score two home runs in 14 games.

"It is an honor to share this podium with Roger Maris, Babe Ruth and Mickey Mantle," he said, without fanfare, with the usual discretion. Judge had just entered the Olympus of myths, along with three of the most beloved legends of the New York Yankees.