The fire in a Cuban fuel depot is already in its fourth day, but today the authorities are optimistic, after yesterday being forced to stop the extinction work due to a series of strong explosions in the area. 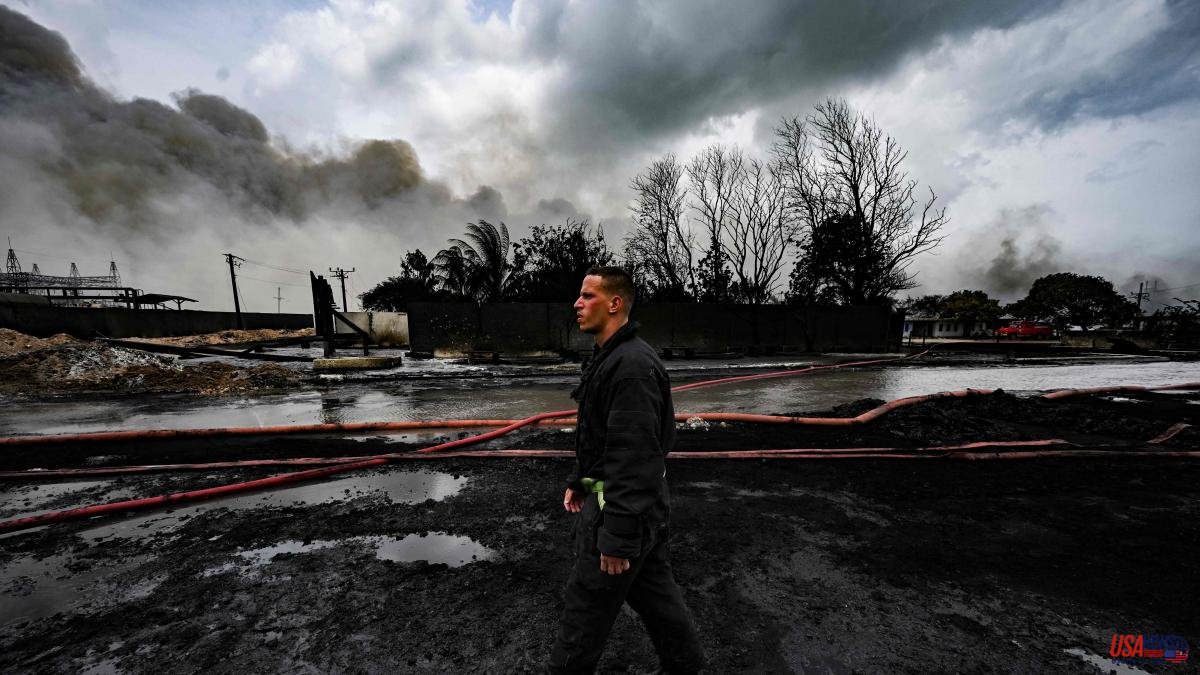 The fire in a Cuban fuel depot is already in its fourth day, but today the authorities are optimistic, after yesterday being forced to stop the extinction work due to a series of strong explosions in the area. The incident was declared on Friday, when lightning damaged four of the eight oil tanks. It leaves a deceased firefighter and 125 injured, 5 of them critical.

The disaster comes at an already bleak time for Cuba, whose economy is suffering from the island's electricity problems, fuel shortages, the Covid-19 pandemic and rising import costs.

Before the fire, the UN Economic Commission for Latin America and the Caribbean forecast Cuban economic growth of 3.4% this year. Annual inflation on the communist island reached 29% in June, driven in large part by the devaluation of the peso and rising costs for fuel and other imports. A slow resurgence in tourism, which has plummeted amid strict anti-Covid measures, has provided some relief.

It is to be expected that the economic recovery will be further delayed by the event. The Matanzas complex—on Cuba's north coast, some 56 miles east of Havana—is a key piece of the island's energy backbone, receiving fuel from Venezuela and Europe and sending it to smaller terminals in the island. It also supplies fuel to some of the thermoelectric generators and is the sole entry point for Cuba's estimated 40,000 barrels of oil a day, said Jorge Pinon, director of the Latin American and Caribbean Energy Program at the University of Texas at Texas. Austin.

The fire was brought under control on Tuesday, when state media images already showed small puffs of gray smoke with no visible flames. The low intensity of the flames and smoke has allowed the specialists, who hours before had retreated for safety, to enter the epicenter of the sinister site.

The support teams from Venezuela and Mexico were also able to start up the large hydraulic pump that they had left installed but unable to operate. Cuba also continued to receive aid from the North American country. This Tuesday two ships arrived with a Mexican flag.

Port facilities in Matanzas do not appear to have been affected, although the true extent of the damage will not be clear until the fires die down. "Even if the storage tanks are not directly affected, the heat could affect their metallurgy" and make them unusable, according to Pinon.

The Pope has lamented the event. "I want to express my closeness in a special way to those affected by the tragedy caused by the explosions and the fire at the Matanzas oil base," said the pontiff in his weekly meeting with the faithful, in the Vatican's Paul VI Hall.

The 4,000 evacuees from the areas near the incident are waiting to return home.