The great fortunes lose 7% of their wealth due to the crisis, 286,301 euros less per day

The rich Spanish are less rich because of the war, the energy crisis, inflation and the rise in interest rates. 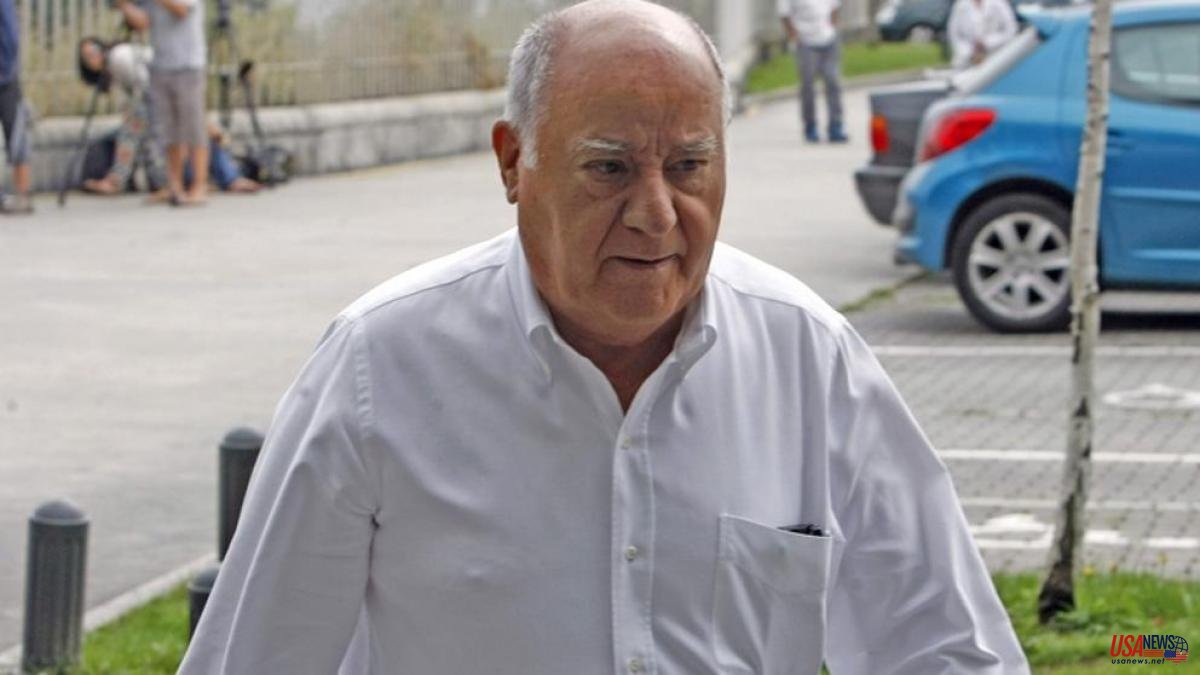 The rich Spanish are less rich because of the war, the energy crisis, inflation and the rise in interest rates. The great fortunes have lost 7% of their assets this year, 143,000 million compared to last year. The average is 286,301 euros less per day. A notable loss of wealth that, however, does not change the composition of the list of "The 100 richest Spaniards", the ranking prepared by Forbes magazine.

The list is still headed by Amancio Ortega, with assets of 53.5 billion euros. Only the wealth of the founder of Inditex equivalent to the sum of the 27 Spaniards who follow him on the list (53,800 million euros). After the Galician businessman is his daughter Sandra Ortega, who is the only woman among the top five on the list. His fortune has decreased by 14% compared to last year, to 5,400 million. On the third step of the podium is Rafael del Pino, followed by Juan Roig and Juan Carlos Escotet. The president and largest shareholder of Abanca is the only one in the top 5 of the ranking that has seen his equity increase by 18%. Between them five, half of the great national fortunes are concentrated, which accumulate 69,300 million.

In this year's edition of the ranking of great fortunes, one of the most outstanding novelties is the promotion of the president of the Iberostar group, Miguel Fluxá Rosselló, who has seen his fortune double to 2,700 million euros. He rises fourteen positions, from twenty-second to eighth. The list not only analyzes wealth, but also how they manage their assets, and studies the market value of their companies, their real estate, luxury properties and their liquidity.

This year's list of the richest in Spain is completed by Josefa and Assumpta Serra, Adolfo Utor, Lluís and Aurelia Carulla Font, Carmen Ybarra and family, Juan José Hidalgo, with 300 million; and finally, Marc, Antonio, Daniel and Marian Puig Guasch with 275 million. The strongest increase of the year was carried out by Carmen and Luis Riu Güell, owners and main executives of Riu Hotels

More news: Primitiva Renedo together with Dolores and Josefa Ortega, Inditex shareholders; the brothers Josep, Óscar and Meritxell Vall, owners of the Vall Companys meat group; and Joan Font, president of the Bon Preu supermarket group. This year the list has 19 incorporations that accumulate an average wealth of 400 million euros, adding a total of 7,550 million.

In this edition, tourism, a sector that has already recovered pre-covid billing levels, is the one that has re-emerged the most on the list with a total of 5,100 million euros, 145% more than in 2021. In this way, the directors of the main Spanish hotel chains. This is the case of Simón Pedro Barceló, co-president of the Barceló hotel group, who returns to the list to rank 61st.

Removing the case of Sandra Ortega, far from the rest, gender equality is a pending issue in the case of the great Spanish fortunes. It is the first time Forbes has published a female list. The data is clear: of the 75 richest women in Spain, 34 names are not present within the 100 with the greatest wealth.

Madrid is the community that accumulates the greatest fortunes, with 35 that have an accumulated wealth of 35,900 million. It is followed by Andalusia, which has two large estates totaling 950 million euros. The Madrid fortunes are led by the president of Ferrovial, Rafael del Pino (3,800 million), analysts estimate that the company will improve. It also highlights the rise of Nieves and Daniel Entrecanales, shareholders of Acciona, and the entry of David Ruiz de Andrés, founder of Grenergy Renovables, with a fortune of 600 million euros.

These data are relevant since the new tax on large fortunes will affect the wealth of Madrid and Andalusia, which is where the tax on wealth is discounted.

Catalonia, for its part, has 29 large fortunes, with an average wealth of 605 million euros. It is followed by Galicia, the Balearic Islands and the Valencian Community.

In terms of culture, Carmen Thyssen, the owner of the painting collection that bears her name, is among the twenty most important fortunes in Spain. Specifically, it is located in the twentieth position with assets of 1,300 million euros. Julio Iglesias is placed in 40th place with a fortune of 700 million euros, 6.6% less than last year.