The great events of the Night of the Museums in Madrid

Numerous museums in Madrid are experiencing the Night of the Museums today after International Museum Day was celebrated last Wednesday under the slogan The power of museums. 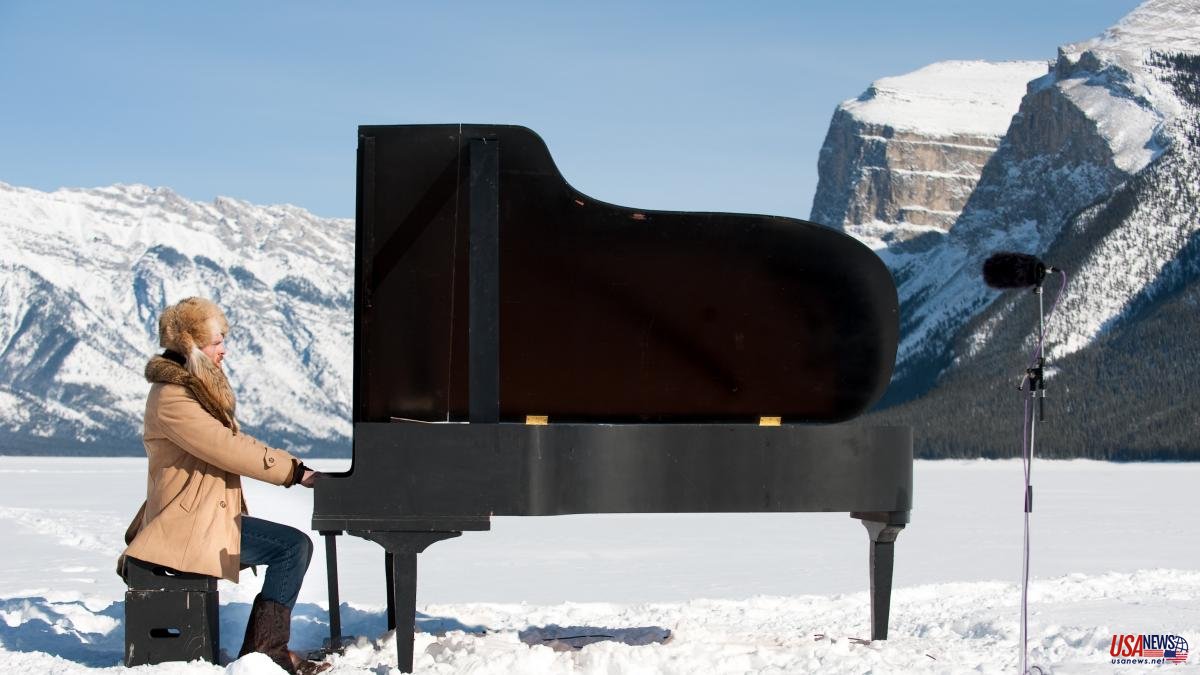 Numerous museums in Madrid are experiencing the Night of the Museums today after International Museum Day was celebrated last Wednesday under the slogan The power of museums. Special guided tours, children's activities, concerts and theater shows are some of the proposals proposed for tonight, apart from seeing some of the great temporary exhibitions that are in Madrid at the moment, such as those housed in the Thyssen Museum dedicated to the art of trompe l'oeil and the Icelandic Ragnar Kjartansson.

The Thyssen participates in the Night of the Museums with a special schedule from 9:00 p.m. to 1:00 a.m. The public will be able to enjoy the Hiperreal temporary exhibitions free of charge. The art of trompe l'oeil, which ends this Sunday, and Ragnar Kjartansson's Emotional Landscapes. Recommends advance reservation of entry on the web.

The Prado joins the Night of the Museums with the opening of its Central Gallery, the large space that forms the backbone of the Villanueva building, and the recently inaugurated Jónica Gallery, dedicated to expanding the visibility of the sculpture and art collections decorative. It will be from 8:30 p.m. to 12:30 a.m., allowing access until midnight. In addition, the museum also offers Sound Brushstrokes, with the young resident pianist Cristina Sanz Hernán who performs a musical program in the passes that will be offered every hour from 9:00 p.m. to 11:00 p.m.

The National Museum of Anthropology proposes tonight to visit its permanent exhibition and the temporary Pilipinas Ngayon. Philippines now and Sleep in you… Stolen maternity hospitals in Spain (1939-1999). But there will also be activities such as visiting the sound installation The roar of the volcano. Face to face with the eruption of Cumbre Vieja, La Palma, with shows at 8:30 p.m., 9:30 p.m., 10:30 p.m. and 11:30 p.m. In the context of the temporary exhibition The Smoking Mirror, this immersive sound installation created by Carlos de Hita surrounds the public with a circle of loudspeakers that reproduces the voices -and the magnitudes- of the Cumbre Vieja volcano that has changed the Canary Island for four months from La Palma.

For the Night of the Museums, the Costume Museum experiences an extraordinary opening from 7:00 p.m. to 11:30 p.m. Among other activities, it will organize visits in which the lesser-known spaces of the museum will be shown, such as the warehouses and workshops. There will be four shows, at 7:30 p.m., 8:00 p.m., 8:30 p.m. and 10:00 p.m., which require prior registration. The forms are on the Museum website. There will also be a game of clues for children and not so children in the rooms of the museum from 7:00 p.m. to midnight. Also children's games and a Cherry concert

The Cerralbo Museum is one of the few examples in Madrid that shows in its rooms the original decorative setting of an aristocratic residence from the end of the 19th century, carefully recovered in the first decade of the 21st century. Tonight there is an extraordinary opening from 6:00 p.m. to 10:00 p.m., with free admission.

The collection of this museum that opens a window on the flow of daily life between the 14th century and today, showing the evolution of materials, manufacturing techniques and the functions of objects, will experience an extraordinary opening from 7:00 p.m. to 11:00 p.m. with free admission. There will be a treasure hunt for all ages inspired by Alice in Wonderland.

Within the framework of the celebration of the Night of the Museums, the National Archaeological Museum premieres a new title of its Museum-Drama series The protagonists of history: Nea, the last Neanderthal. It will be a dramatization set 35,000 years ago in which life and voice will be given to one of the last survivors of the Neanderthal human species that inhabited Europe at the arrival of Homo sapiens and that became extinct for reasons that are not entirely clear about 30,000 years ago. It will be at 7:00 p.m. in the Assembly Hall. Attendance is free after collecting the ticket from one hour before the start of the performance.

The Temple of Debod, from the 2nd century BC, dedicated to the gods Isis and Amón and installed in what used to be the Cuartel de la Montaña park, near the Plaza de España, was donated to Spain by the Government of Egypt to prevent was flooded after the construction of the Aswan High Dam. For this day it will extend its visiting hours until midnight.

The Madrid History Museum will be open until midnight and will offer an extraordinary view of its chapel, declared an Artistic Architectural Monument since 1919, from 8:00 p.m. to 10:00 p.m. One of its great attractions is that it houses a 17th-century masterpiece: the painting Saint Ferdinand before the Virgin by the Italian painter Luca Giordano. The construction of the chapel, designed by the Madrid architect José Arroyo, dates from the years 1699 to 1703.

The San Isidro Museum, which covers the origins and development of the city of Madrid from its first settlers to the establishment of the court in the 16th century through a selection of pieces, extends its visiting hours until midnight.

The Museum of Contemporary Art celebrates the Night of the Museums and will host a free jazz concert by the Banda del Ángel Caído at 8:00 p.m. in its Café Pombo space. With a basic line-up made up of two guitars, double bass and saxophone, they cover songs by Duke Ellington, Count Basie or Sonny Rollins, mixing classics from the golden age of swing with more modern ones.