Ursula von der Leyen, President of the European Commission, stated a few days ago in Alicante that "the Iberian Peninsula is going to become one of the main energy poles of the EU". 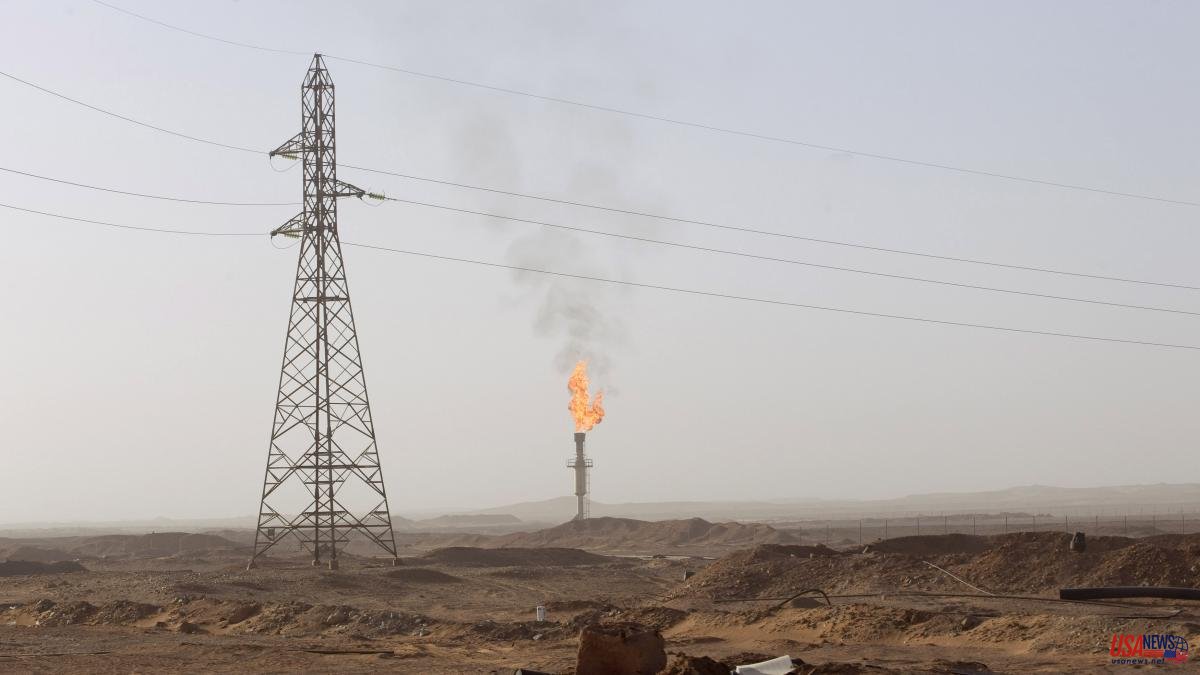 Ursula von der Leyen, President of the European Commission, stated a few days ago in Alicante that "the Iberian Peninsula is going to become one of the main energy poles of the EU". It was during the public presentation of H2Med, a hydrogen corridor that will connect Portugal with Zamora and Barcelona with Marseille. These pipelines must be completed by 2030, the year the EU has decided to become independent of Russian fossil fuels.

The H2Med is one of the projects contemplated by the RePowerEU plan, a strategy that, if successful, will allow the countries of the European Union to save energy, produce it in a cleaner way and diversify the sources of supply.

Spain, however, finds it very difficult to assume the leadership predicted by Von der Leyen. First, because there are no plans for the Pyrenees to stop being an energy frontier, and second, because Italy is much better placed to be the axis through which energy circulates from the deposits of Algeria, Libya and Azerbaijan to the production centers in the heart of of Europe.

“It is not enough for the gas to reach Spain if you cannot take it elsewhere and this is now extremely complicated,” says Aurèlia Mañé-Flaquer, a professor at the University of Barcelona who is an energy expert. "The Pyrenees will continue to be an energy frontier and nothing is known for sure about the connection between Barcelona and Marseille."

Mariano Marzo, emeritus professor at the University of Barcelona and Repsol director, acknowledges that "as long as the gas and electricity interconnections have the existing limitations, the necessary volume of energy cannot be moved." In his opinion, this "is a European problem, not a Spanish one."

Spain receives gas from Algeria through two pipelines and also liquefied gas (LNG), mainly from the United States, which arrives in methane tankers at one of its six regasification plants. These six plants, to which a seventh will be added in January, have 30% of the EU's regasification capacity. The one in Barcelona is the largest in Europe.

These plants were built to feed the combined cycle plants that produce electricity and were falling out of use before the war in Ukraine, largely because LNG is more expensive than Algerian gas.

The war in Ukraine and Spain's diplomatic turn in the Maghreb – today more in favor of Morocco than of Algeria in the Sahara conflict – have altered its energy policy.

Spain currently imports more LNG from the United States than gas from Algeria and Mañé-Flaquer considers that it does not make much sense "because it is more expensive. The medium and long-term contracts with Algeria allow the cost to be lowered and stabilized, while the price of gas American fluctuates more".

American gas is also obtained, to a large extent, through fracking, a technique that is prohibited in Spain due to its high environmental impact.

"The North American gas lobby is rubbing its hands -says Mañé-Flaquer- because it is doing great business with Spain. It must be taken into account that the higher cost of this LNG affects the price of electricity."

Spain has about 1,200 wind farms and the wind is the main source of energy. It contributes 28.4% of the Spanish energy mix, that is, the combination of energy sources to produce electricity. The second source is nuclear and the third is gas, through combined cycle plants. Most of this gas -63%- arrives by ship.

Storing it in Spanish ports to re-export it to other European countries "is not a brilliant or practical idea," says Mañé-Flaquer. "It is not a business in which you are going to earn a lot and the countries that need gas, like Germany, are already building their own regasification plants."

Last Monday Chancellor Olaf Scholz inaugurated the first of five floating plants that are under construction in the North Sea and the Baltic.

"With these plants, Germany can only cover 30% of its demand," says Mariano Marzo. “Germany and other northeast European countries need more gas. For this reason, the Spanish regasification capacity can be an important relief for them in the medium term”.

Mañé-Flaquer considers that Spain should build larger tanks to store more LNG if it wants to have a greater weight in the European energy market, but, for the moment, it is not planned.

The submarine tube between Barcelona and Marseille, known as Bar-Mar, is the alternative to the Midcat, the gas pipeline that should cross the Pyrenees, but that France does not want. The plan is for it to carry green hydrogen within eight years.

Mañé-Flaquer is suspicious: “It's just a project about which nothing concrete is known. We'll see how it ends and what color is the hydrogen that it will transport”.

March recognizes that “it is a long-term project of which there are still many details to be known. I am concerned that it does not connect supply and demand in an effective way. Hydrogen is also difficult to transport.”

These are the issues that the European Union must resolve before giving the go-ahead to Bar-Mar and financing half of the 2,500 million euros in which it is budgeted. At the moment, its economic viability is not guaranteed.

The cost of producing green hydrogen, that is, from renewable energies, "is still very high," explains Marzo. Cheaper is blue, which uses natural gas for electrolysis, the separation of the hydrogen and oxygen atoms in the water molecule. Also cheaper is pink, which uses nuclear power.

Last April, in the midst of the diplomatic crisis between Spain and Algeria, the then Italian Prime Minister, Mario Draghi, visited Algiers with a business delegation. The undeclared objective was to occupy the space left free by Spain. Italian companies will invest in renewable energy in Algeria. Sun and wind will serve to produce green hydrogen, the fuel of tomorrow in which Egypt and Morocco are also working.

March estimates that there is still at least a decade to go before green hydrogen produced in North Africa can be sold in Europe and that Spain has time to start up its own projects. "In addition -he adds-, the future of hydrogen is not so much in moving it from one place to another as in the role it will have in the decarbonisation of the industry". And here he believes that Spain is very well placed to transition to production systems without a carbon footprint.

In any case, for the moment, it seems that Spain is losing ground against Italy. "We are always late," admits Mañé-Flaquer, looking at the new agreements between Rome and Algiers and highlighting that today the TransMed gas pipeline, which connects Algeria with Sicily through Tunisia, more than doubles the capacity of the two coming from Algeria. to Spain.

Spain is left with Libya, where Repsol has important oil concessions.

Several European countries compete for a dominant position in this country, the first African oil reserve and the fourth gas reserve. Italy, as recognized by a recent report by the Spanish Institute for Strategic Studies, "has many assets to become the winner." It is Libya's first trading partner and since 2004 it has operated a gas pipeline that goes to Sicily.

Spain must be content with maritime transport. The Spanish Mediterranean ports are three sailing days from Libya, a great advantage for diversifying energy sources but, once again, not enough to be an energy hub in Europe.

Italy, as Mañé-Flaquer maintains, has a public energy policy thanks to the participation of the state in companies such as the electric company ENEL and the oil company ENI. "Spain, on the contrary - adds the UB professor - has ceded energy policy to companies".

March does not see a problem here and cites the example of the United States that, without controlling its energy companies, does “generate investment benchmarks. The IRA law, for example, designed to reduce inflation, encourages decarbonization. Spain and the EU can do the same and "companies will look for their business opportunity" within the framework of the new legislation.

In any case, there is no path towards the centrality of Spain in the European energy market here either. More connections with North Africa would be missing, including an electrical one with Morocco.

Even in this context, it could play a relevant role as a transit area for this green and North African electricity, but, once again, it needs an interconnection with Morocco and some more with France, which are not planned for now.

"The pan-European electrical connection - concludes Marzo - must improve if hydrogen energy is to be transported as electricity." As long as this does not happen, Spain will not be able to be "one of the main energy poles of the EU", as Von der Leyen predicts.