The Government warns the leader of the PP: "Democracy will prevail"

Pedro Sánchez attributed to the political and judicial right a "crude plot" to "run over democracy and gag Parliament. 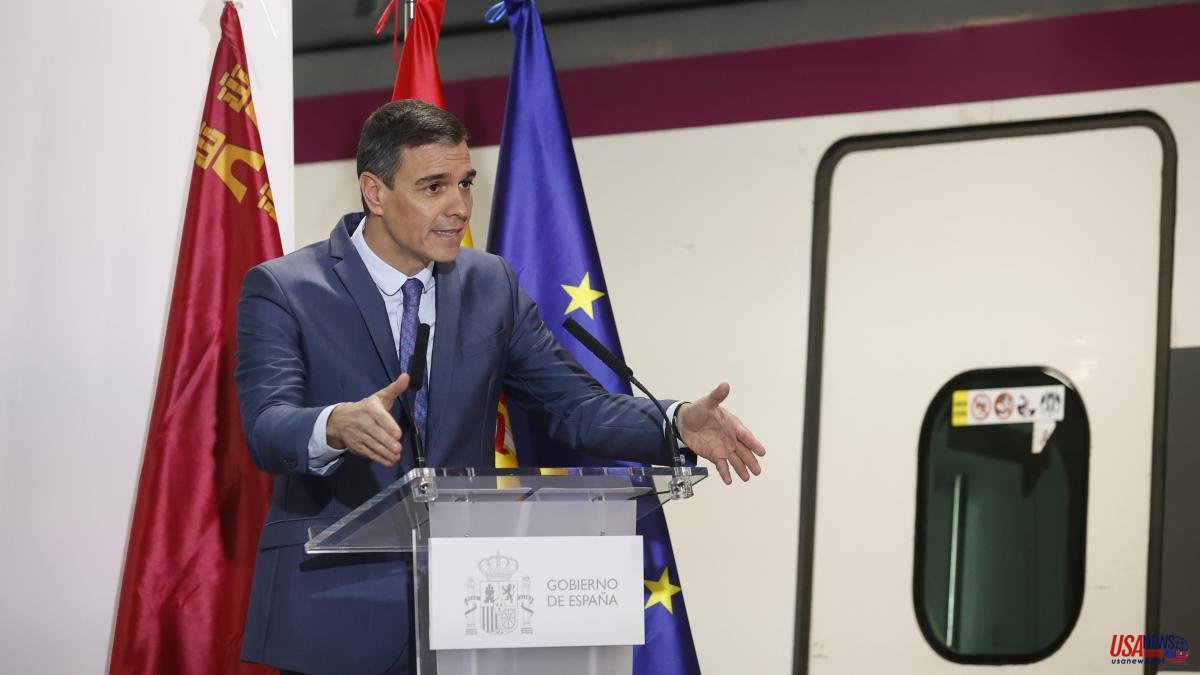 Pedro Sánchez attributed to the political and judicial right a "crude plot" to "run over democracy and gag Parliament." But in the Moncloa and in the leadership of the PSOE they never came to think that the Popular Party's strategy could succeed: "They will not dare." But last night something happened that they never thought would happen. "Alberto Núñez Feijóo has not measured well what he has done", they warned in Moncloa, before the decision adopted by the Constitutional Court (TC). "Democracy will prevail", they affirm, reiterating the same position that the President of the Government has already established.

The Minister of the Presidency and Relations with the Cortes, Félix Bolaños, was the one who expressed the government's reaction last night. Previously, the president of the Congress, Meritxell Batet, and the president of the Senate, Ander Gil, carried out institutional declarations.

The president of the Congress of Deputies, Meritxell Batet, announced in her statement the compliance and respect for the TC's decision. She also criticized the situation of blockade of the institutions and the constitutional mandate of renewal for delegitimizing the democratic process. In her statement, she referred to the loyalty of Congress to all the powers of the State. "Congress is always guided by the regulations and compliance with the Constitution to exercise its powers," she said.

Batet denounced that the resolution adopted by the Constitutional Court has the effect of "an unprecedented event", since from now on the exercise of "legislative power is within the reach of a single deputy when filing an appeal for amparo".

The president of Congress expressed her deep concern about the loss of powers of the legislative power and the exercise of its powers. And she considered that in the framework of the relations of the Courts and Justice, in the last 40 years, "the suspensive activity of parliamentary debate and the legislative power recognized in article 66" had never been contemplated.

"Our supreme order guarantees and preserves the free formation of the legislative bodies through debate and deliberation and voting, without interference," he added. For this reason, it has announced the presentation of arguments to "defend parliamentary autonomy and defend the functions of the legislative branch," Batet said.

The president of the Senate, Ander Gil, starred in another institutional statement in which he pointed out that "today is an unusual day for democracy." “In forty-four years of democracy, the Cortes Generales had never been stripped of their power to legislate. It prevents the legitimate representatives of popular sovereignty from their work, ”he warned.

"We can only abide by and comply with the provisions of the Constitutional Court, which will not be an obstacle to studying ways to preserve parliamentary autonomy," said Gil. For the president of the Upper House "a step is being taken in the degradation of the democratic system." "Removing the Cortes supposes a serious breach and leads us to an unprecedented institutional crisis for our democracy."

"What is happening today will have a high cost in democratic terms," ​​added Gil, who nonetheless stated that "we will manage to preserve the inviolability and prevalence of the Cortes Generales."

Before the decision of the TC was consummated, the PSOE did want to distance itself yesterday from the contempt suggested by United Podemos and categorically rejected any possibility of disobeying the TC, if it finally decided to assume the arguments of the PP and paralyzes the parliamentary processing of the judicial reform and penalty promoted by Sánchez, as he did.

"The PSOE has shown our respect for the separation of powers, we have always been respectful of Justice," Minister Pilar Alegría settled, in her role as spokesperson for the PSOE executive.

The phrase that caused the controversy was pronounced by the co-spokesperson of the executive of Podemos, Alejandra Jacinto, asked if Podemos is in favor of the Senate ignoring the Constitutional Court in the event that it accepts the very precautionary measures requested by the PP: "Both the Table of Congress as the Board of the Senate has both writings on the reconsideration table and sufficient legal elements to not attend to what could occur as a consequence of the decision of the TC, although we hope that it is not necessary to go to that extreme”. UP did not make an express call for contempt, although it indicated that there are legal reasons for not attending the magistrates.

Minister María Jesús Montero, deputy secretary general of the PSOE, did warn that if the TC agreed to suspend this parliamentary process, "it would cause a crisis that would be difficult to solve." "For the future it would set a very serious precedent," she warned.