The Minister of Economy and Hisenda, Jaume Giró, yesterday signed the order for his department to start working on the preparation of the budgets of the Generalitat for 2023, the most important law for any government. 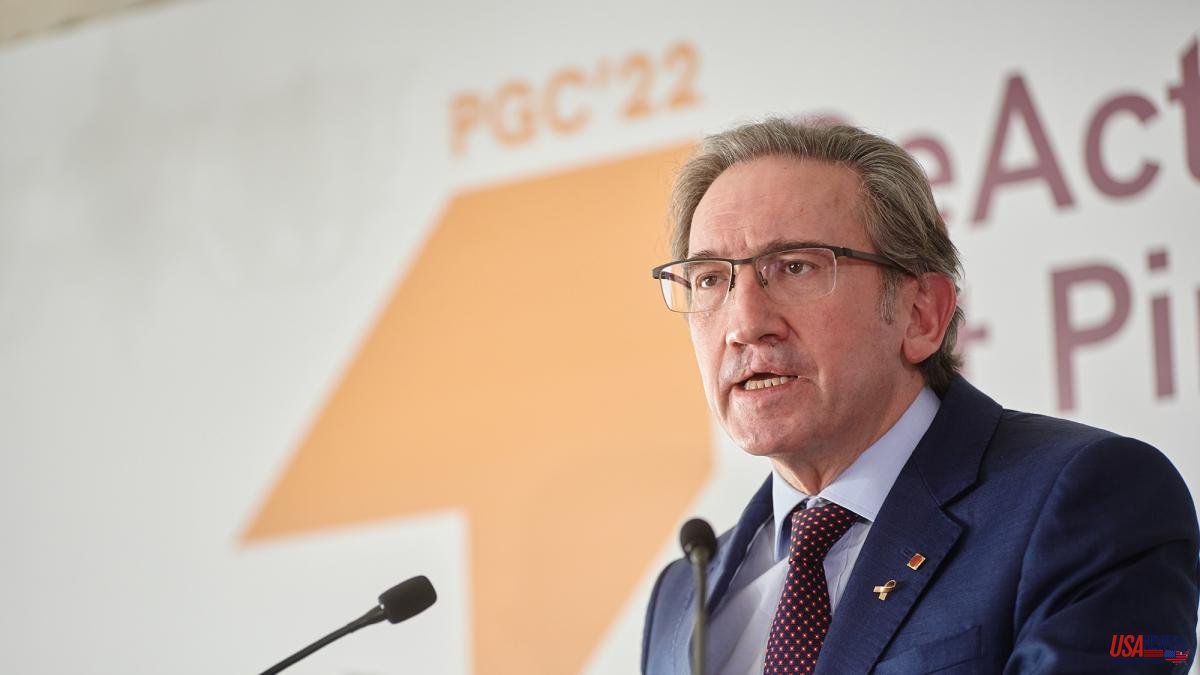 The Minister of Economy and Hisenda, Jaume Giró, yesterday signed the order for his department to start working on the preparation of the budgets of the Generalitat for 2023, the most important law for any government. The also leader of Junts per Catalunya announced it from the Parliament, and assured that in a few weeks he will begin to seek the support of all the groups in the Chamber –except Vox– in a scenario marked by economic “uncertainty”.

With the current inflation, which is around 8%, an extension of the 2022 accounts in the next year would be "insufficient", according to the Minister, who also revealed that for two months the departments of the Catalan Executive must ask for extra money to pay energy bills. "An extension would be insufficient from minute one due to inflation," summarized Giró, who, therefore, believes it is "transcendental" to have the project in force on January 1.

According to sources from the Ministry, the payment of increases in the cost of electricity comes from "reprioritizing" the items of a department or other portfolios.

It should be borne in mind that budgets can only be increased through additional contributions, for example, through extraordinary funds authorized by the State, as was done with covid, or with a greater margin of deficit financed by the FLA. But right now neither option is on the table.

According to the Government's first estimate – from two months ago – the impact of the war in Ukraine and the increase in energy prices on public finances could reach some 750 million euros this year. The increase could be 300 million only due to the global energy consumption of the Catalan public sector.

To go into detail about the amount of the 2023 budget, the Generalitat is pending the advances that arrive from the State, which will be decided in July at the meeting of the fiscal and financial policy council, as well as the definitive deficit target. Today it is 0.6%, but the Executive of Pere Aragonès has unsuccessfully demanded that it reach 1%, especially considering that there are no longer covid funds or extraordinary funds, some key items in the recent years, marked by the economic crisis of the pandemic, which is now aggravated by the war in Ukraine. For next year it will be 0.4% if there are no changes, and the Ministry expects it to be at least 0.6%.

Giró has been the first minister in the last ten years who has approved the budgets in a timely manner. Those of the current exercise got ahead thanks to the En Comú Podem group after discreet contacts with the CUP for weeks ran aground. The Minister set himself the same goal yesterday for the next financial year. However, this time he will have an added difficulty when negotiating, since next year there are municipal elections and that can complicate the political scene when it comes to agreeing.