The Government warns that Felipe VI will represent Spain at the funeral for Isabel II, while Juan Carlos attends by "a private invitation"

The first return of King Juan Carlos to Spain, last May to participate in some regattas in Sanxenxo, already caused considerable discomfort in the Government of Pedro Sánchez, who, without wanting to make much of his criticism, did regret, at least discreetly, "the show" that generated that visit. 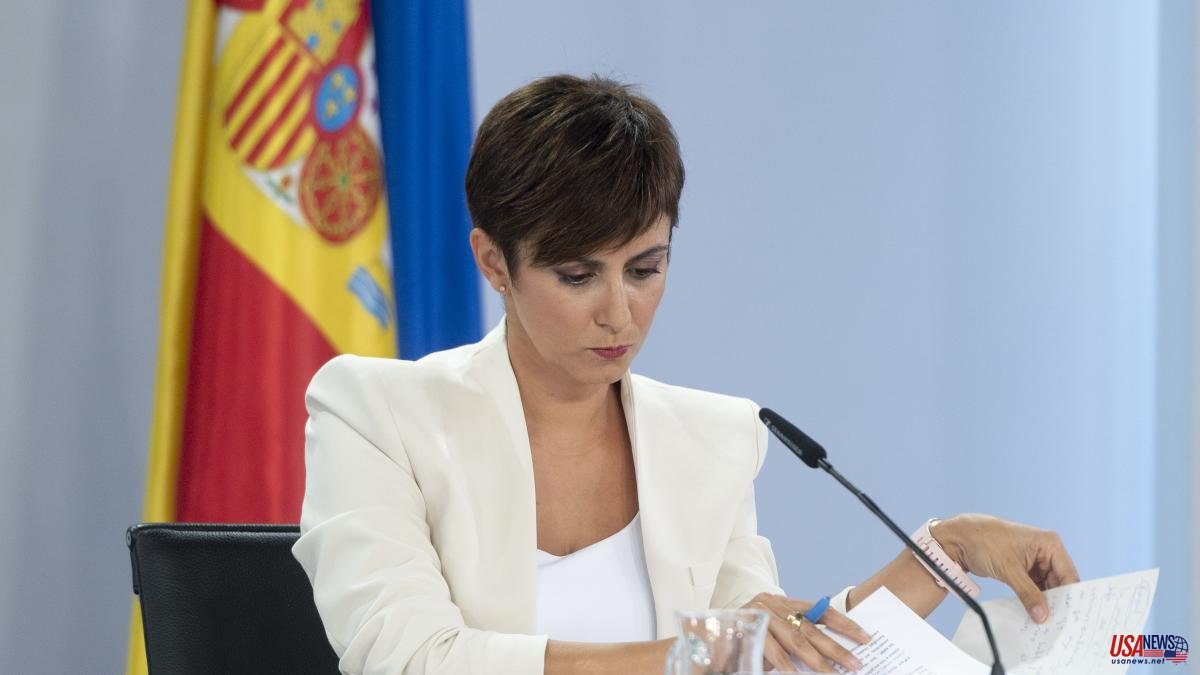 The first return of King Juan Carlos to Spain, last May to participate in some regattas in Sanxenxo, already caused considerable discomfort in the Government of Pedro Sánchez, who, without wanting to make much of his criticism, did regret, at least discreetly, "the show" that generated that visit. And the finally confirmed presence of the emeritus at the funeral for Queen Elizabeth II, scheduled for next Monday in London, again generates concern in Moncloa due to the renewed prominence of those who continue without transferring to the Spanish the "explanations" demanded by the President of the Government himself before the successive scandals for his alleged financial management.

The government spokeswoman, Isabel Rodríguez, has avoided responding this Tuesday, after the meeting of the Council of Ministers, to any consideration about Juan Carlos's trip to London, including whether it causes discomfort in the Executive or if they would have preferred that he not attend the funeral , and has been hiding behind the fact that he responds to "a private invitation". "The Government does not make any consideration about what has been the processing of a private invitation," said the minister spokesperson, referring to the invitations issued by the United Kingdom to heads and former heads of state to attend this funeral. “Our country is going to be represented by King Felipe, as head of state, in this important act”, Rodríguez stressed.

Nor did the government spokesperson want to point out who will cover the trip to London for the king emeritus, who continues to reside in the Emirates, and whether he will be part of the official Spanish delegation on this trip. As happened in May, Rodríguez has clung to a repeated message, so as not to spread the new controversy. “Our country's delegation is headed by King Felipe as head of state. The King Emeritus has had a personal invitation, and therefore, the Government of Spain has nothing to say”, he insisted.

Their own responses, however, show the Government's discomfort with the renewed role of King Juan Carlos. And in the Moncloa they transfer to the Zarzuela everything related to the trip to the state funeral for Isabel II. Although it is still unconfirmed, sources from the Executive point out that the usual thing in these cases would be for Felipe VI to go to London accompanied by the Minister of Foreign Affairs, José Manuel Albares, in case a government representative also attends the funeral. In any case, the presence in London of the head of the Executive himself, Pedro Sánchez, who plans to start his participation in the UN general assembly in New York next Monday, is ruled out.