The Government trusts that Lesmes resolves the TC crisis before resigning

The Government is beginning to grow impatient due to the inaction of the General Council of the Judiciary (CGPJ), which had to resolve the appointment of two magistrates of the Constitutional Court before September 13, the date set in the last legislative reform precisely to avoid this situation. 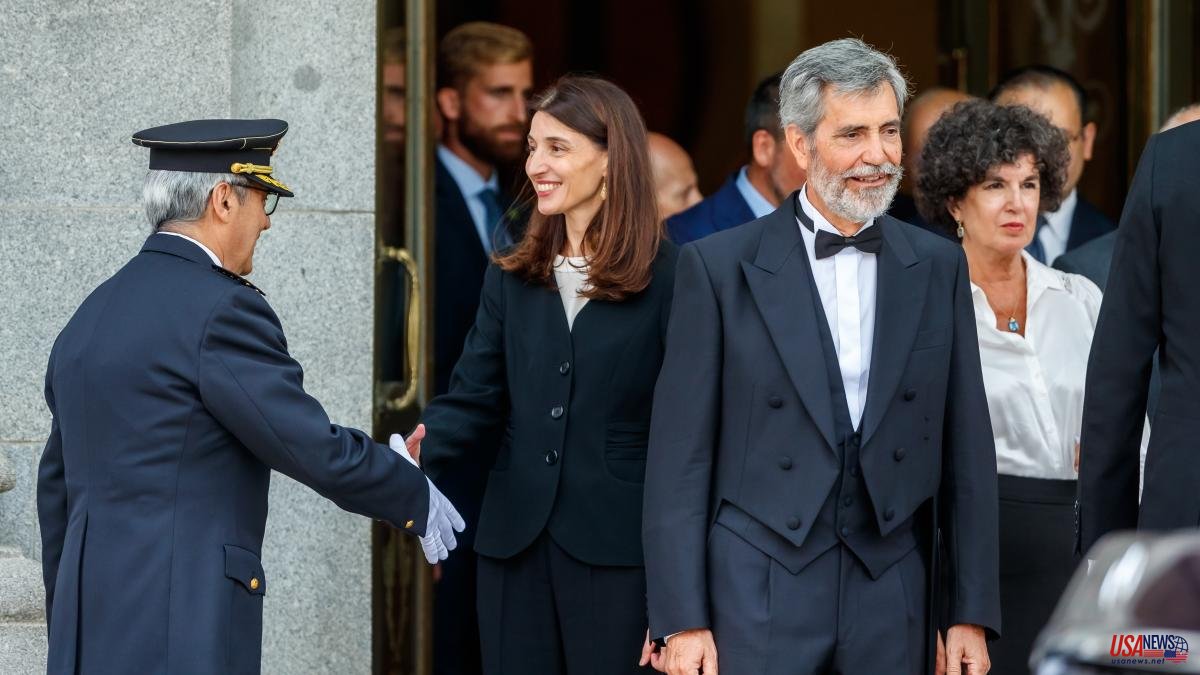 The Government is beginning to grow impatient due to the inaction of the General Council of the Judiciary (CGPJ), which had to resolve the appointment of two magistrates of the Constitutional Court before September 13, the date set in the last legislative reform precisely to avoid this situation. The conservative bloc of the governing body of the judges is tightening the rope to avoid proposing its candidate and thus delay the appointment of the other two that the Executive must appoint. However, government sources trust that the president of the CGPJ, Carlos Lesmes, will remedy this situation and resolve the appointment before submitting his resignation in the coming days, as he himself has announced.

These sources believe that the current president of the body of judges will seek allies within the Council if the conservative bloc continues to cling to not giving a name. Until now there was an unwritten rule that each sector within the body proposed a candidate as magistrate of the TC and they were chosen by consensus. However, on this occasion there has been the particularity that one of the blocs, the conservative, is reluctant to do so in this way, in response to what they consider a "contempt" on the part of the Executive.

In his opinion, the Government is pressuring the CGPJ and Lesmes himself to carry out these appointments and thus carry out the renewal of the four magistrates because the Constitution establishes that the TC – with a total of 12 magistrates – be renewed by thirds .

Ministerial sources maintain the thesis that the Government could make its two appointments without waiting for the CGPJ, but the truth is that it is not doing so. Their argument is that they are waiting for "decorum." They do not fear that if the two from the Government are appointed without counting on those from the Council, it could end up being declared unconstitutional.

The Minister of Justice, Pilar Llop, has publicly maintained that there is jurisprudence from the TC itself that guarantees that the Government can appoint its two magistrates independently. The truth is that to this day the Executive has its sights set on Carlos Lesmes so that in an act of "institutionality" he complies with the law and puts the names of two candidates on the table to submit them to a vote in the plenary session of the organ.

The president of the Judiciary is at the expense of what happens these next few days. On Wednesday, the negotiating table, made up of three members from each block, meets again to try to present some candidates. If they reach an agreement, then a plenary session will be called for Thursday. If by then everything remains the same, Lesmes will convene another extraordinary plenary session for the 13th, in which there would already be the possibility that the president would force other names without counting on the eight members of the conservative bloc opposed to advancing in this situation.

The conservatives were waiting for the Justice Commissioner of the European Union, Didier Reynders, to come to Spain to exert pressure on the Government and the PP to unblock the blockade in the renewal of the CGPJ. His idea was that after the warnings from Brussels they would reach an agreement to elect the next twenty members, after the body has been in office for almost four years.

Added to this is the threat from Lesmes that if there is no agreement in the coming days he will present his resignation. For the members that make up the conservative bloc, the departure of its president is an oxygen balloon for the Government because it will give it more arguments to force the PP to reach an agreement because Lesmes was boosted in his day with the support of the popular .

Added to this set of pressures are the last words of Minister Llop, who added fuel to the fire by saying that "perhaps we have to rethink" that the members of the CGPJ who stop the appointment of new magistrates in the Constitutional Court "continue to collect their salary if they do not comply with the law” that requires the renewal of several of them.