After the Popular Party yesterday suspended negotiations with the PSOE to renew the General Council of the Judiciary (CGPJ), whose mandate has expired for almost four years, the Government and the PP have engaged in an escalation of mutual accusations that they suppose a rupture of the bridges between both parts. 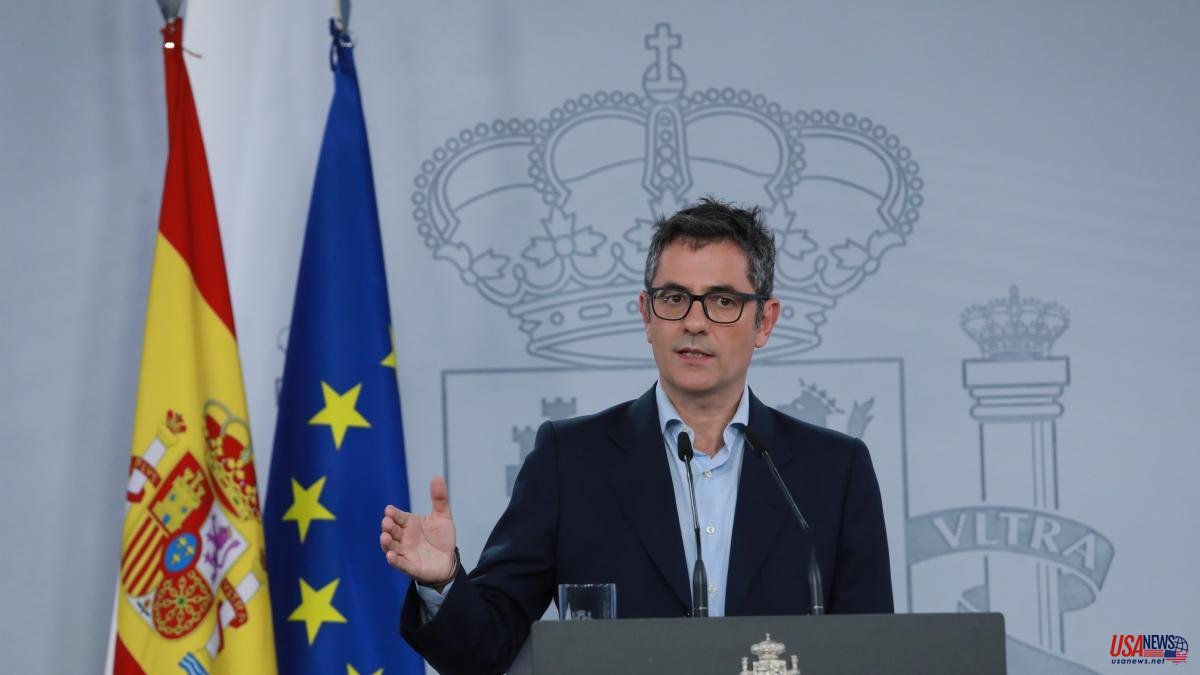 After the Popular Party yesterday suspended negotiations with the PSOE to renew the General Council of the Judiciary (CGPJ), whose mandate has expired for almost four years, the Government and the PP have engaged in an escalation of mutual accusations that they suppose a rupture of the bridges between both parts. If first thing in the morning, the Minister of the Presidency, Relations with the Courts and Democratic Memory, Félix Bolaños, dropped that the leader of the PP, Alberto Núñez Feijóo, "yesterday began his definitive decline", to the point that "He is no longer a valid interlocutor", he replied from Vitoria that there will be State agreements and pacts "but with another PSOE" after accusing him of seeking "the rupture" of the negotiations with the reform of the crime of sedition.

Bolaños has revealed in La Ser that this Friday was one of the "two dates" that had been reserved to materialize the signing of the pact to ensure that "the agreement was made". "We had a date, reserved two dates, one today and another was last Tuesday", assured Bolaños. In Rac1, Bolaños has accused Feijóo of having lost "all his credit" and beginning his "decline" after giving in to the "most extreme right".

Bolaños explained that the popular "began to drag on some detail and minor issue", until yesterday "they unilaterally broke off the negotiation", despite the fact that Sánchez and Feijóo had talked for an hour and agreed to see each other next Wednesday.

According to Bolaños, the leader of the PP "yesterday began his definitive decline", to the point that "he is no longer a valid interlocutor"; and has suggested that Feijóo has yielded to an "extreme right that does not run for elections, that has many tentacles and is very powerful" and that is made up of "influential people who, with calls, editorials and radio programs, have prevented could sign the agreement that was already done".

The Government's position, in any case, remains "the same" regarding the crime of sedition: "We want the legislation to be in line with the best European standards and it is the path that must be followed," he insisted.

And about Feijóo's criticism of the government for dialoguing with the independentistas, Bolaños has ironized that the current popular leader "leaves Pablo Casado, his predecessor, as a moderate; and he has recalled that despite the "deep discrepancies" that the central Executive maintains with the independence movement, the "only solution" lies in dialogue and "transversal agreements".

Bolaños has insisted on continuing to "reach out" to the PP to renew the leadership of the Judiciary, but has issued a final warning to Feijóo, making it clear that "complying with the Constitution cannot be subject to any conditions or blackmail." An idea that the Minister of Defense has insisted on in statements on TVE.

"Let's not fool ourselves, they have put sedition as an excuse as it could have been another", the minister has maintained that after censoring the "trajectory of the PP for four years violating the Constitution without any modesty" keeps "kidnapped" the governing body of the judges. The head of Defense has attributed to the leader of the PP, "who boasts so much of a sense of State", a "total and absolute lack of a sense of State and political height attacking one of the basic foundations of democracy".

"It is not acceptable that he is attacking the rule of law and the Constitution as he is doing," continued the Minister of Defense who has insisted on the idea that the PP has been "holding the CGPJ hostage" for four years. "How can one aspire to be an alternative government in breach of the Constitution?" asked the minister, who stressed that it is about fulfilling a constitutional mandate, so "we should not be in this process". In any case, Robles has accused the PP and Feijóo of "absolute lack of respect" for the Judiciary, the rule of law and all citizens.

Likewise, the president of the PP has referred to the reason why they decided to suspend the negotiations and has accused the Government of Pedro Sánchez of "eroding the division of powers through arbitrary changes of competence in the highest body of the judiciary, through pardons or through modifications in the typification of crimes as serious as sedition". "They want to do justice and legislation tailored to the independentists, without them making any concessions," he lamented after him.

Feijóo has denounced that the "delegitimization of the State" was the "cornerstone" of the independence movement, an idea that, in his opinion, has been adopted by the current government. "I do not know if this strange conversion is due to a deep conviction or is a mere opportunism derived from the urgent need to stay in government," lamented the popular leader.