As much as the President of the Government of Aragon may insist, the Generalitat rules out today any possibility of understanding with this autonomous community for a new and hypothetical joint candidacy for the Winter Games. 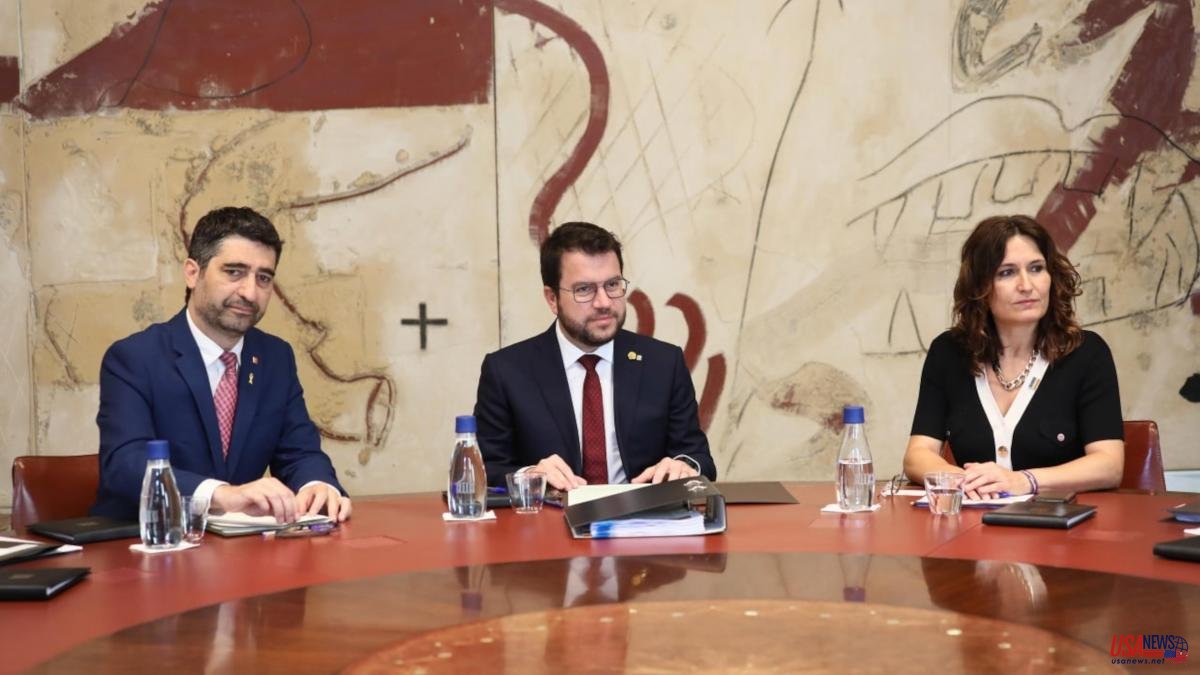 As much as the President of the Government of Aragon may insist, the Generalitat rules out today any possibility of understanding with this autonomous community for a new and hypothetical joint candidacy for the Winter Games. Or at least while Javier Lambán leads the Aragonese Executive. In the Catalan Cabinet, the president's words in the interview in La Vanguardia have been very bad, with which he labels the independentistas as supremacists, for which the Government spokeswoman, Patrícia Plaja, has urged him to "leave alone" to the Catalans and not to use the word supremacist "lightly".

“That he try to get votes by improving the lives of the Aragonese, not spitting on Catalonia every time they put a microphone in front of him”, Plaja suggested at the press conference after the ordinary Consell Executiu this morning. The Government wants to forget about Lambán and that "since the joint candidacy" for the 2030 Games has been loaded, they demand that he "leave the Catalans" and "the independentistas" alone.

The Government of the Generalitat also believes that Lambán hides behind his anti-independence to hide, as Plaja has said, his aversion to the Catalans. “The word supremacist or supremacism cannot be used with this lightness. There are a number of politicians who do it too often. And they all have Catalanophobia in common”, the spokesperson pointed out in this regard.

Lambán, in an interview in La Vanguardia, has assured that "the Government of the Generalitat, the independentists" he considers "supremacists, and that independence is" lethal "both for Catalonia and for Spain.

Similarly, the president of Aragon defended himself against accusations of Catalanophobia. "Accusing me of being Catalanophobic for my anti-independenceism is absolute manipulation," he assured, while pointing out that in the Aragonese municipalities where Catalan is spoken, the study of this language is encouraged, with a budget item included.

For the Government, there is no longer any reason to come to an understanding with the President of the Executive of Aragon despite the fact that Lambán, during the interview, opened the door so that "when the waters return to their normal course" relations be restored to study a new joint candidacy for in 2034. In fact, the Aragonese president slipped that he is studying the possibility of proposing a joint project, not only between Catalonia and Aragon, but also with Navarra.

Now. the Ministry of the Presidency led by Laura Vilagrà prefers to turn the page and focus on a solo candidacy, either for 2030 or 2034. However, Alejandro Blanco, president of the Spanish Olympic Committee (COE), made it clear that he was abandoning any possibility of present a candidacy for eight years from now.

However, the Government maintains the work "in case there is a change of script", as Vilagrà expressed yesterday after a meeting with local representatives of the Pyrenees. But he is clear: "The joint candidacy has been blown up." "It has been impossible to reach an agreement with Lambán", affirmed Plaja, in turn holding the Aragonese leader responsible. "The territory asks that the option of hosting a Winter Olympics not be missed," he said.