The central government reiterates that the process "has ended", although the Consell per la República, the Assembla Nacional Catalana and Òmnium Cultural have called protests in Barcelona on January 19 on the occasion of the Spain-France summit at the highest level. 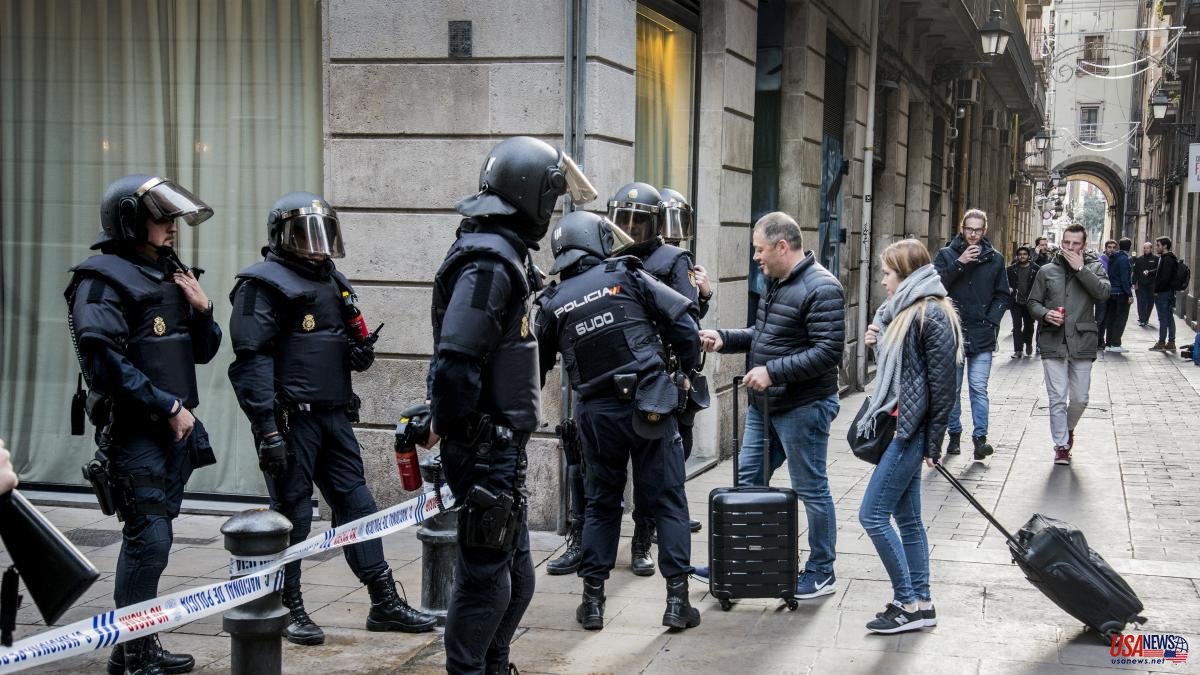 The central government reiterates that the process "has ended", although the Consell per la República, the Assembla Nacional Catalana and Òmnium Cultural have called protests in Barcelona on January 19 on the occasion of the Spain-France summit at the highest level. This was stated yesterday by the Minister of the Presidency, Relations with the Courts and Democratic Memory, Félix Bolaños, after it emerged that the main pro-independence organizations are preparing rallies to express their rejection of the presence of the leaders of both countries in the Catalan capital. in which a Treaty of Friendship and Strengthened Cooperation between both countries will be signed.

Bolaños, who has been a protagonist in the negotiations with the Government of the Generalitat on the political conflict, stated that "fortunately the Catalonia and Spain of 2023 are nothing like those of 2017." “That tension that was experienced today is history. Today the future is dialogue and understanding, it is that we are able to find what unites us and move forward on that path ”, he continued.

“The sovereignist process has ended and whoever wants to be in the problem and not in the solution, he will see. But the government of Spain and the PSOE do not say that it has ended, the pro-independence leaders say it," Bolaños concluded from the PSOE headquarters in Ferraz.

The sovereignist entities, in a joint statement –to which other organizations and parties have already joined–, and as suggested by the former president of the Generalitat Carles Puigdemont on Friday, called yesterday for a "unitary mobilization" before the visit of the president of the Government, Pedro Sánchez, and that of the French Republic, Emmanuel Macron, as well as various ministers from both governments to the Catalan capital. Thus, the protest will be in the place where the summit will be held, which has not yet been revealed, although it had been speculated that it was in the Palau Nacional de Montjuïc.

From Moncloa, various voices have pointed out in recent weeks that the process has ended, especially after the reform of the Penal Code that repeals the crime of sedition and modifies the crime of embezzlement and public disorder, measures that will benefit pro-independence leaders with causes legal proceedings related to 1-O. The celebration of the summit with the neighboring country in Barcelona is an example of this change in circumstances in Catalonia, according to the Sánchez Executive.

For this reason, Puigdemont, taking advantage of this circumstance, already made a call on Friday for the mobilization of the independence movement in a unitary way in the Catalan capital, to counter these affirmations and "defend the country against some deluded gravediggers."

For their part, the convening organizations point out that the statements that end the process are a "provocation and a fantasy", and confirm that "the desire for independence is more alive than ever". The mobilization also "wants to be a cry for the defense of Catalan and educational linguistic immersion" and, in this sense, the demands of the French region of Northern Catalonia will be incorporated.

In December 2018, Sánchez held a meeting of the Council of Ministers in the Catalan capital in an extraordinary way and there were various protests and incidents in the surrounding area, as also happened in October 2019 after the sentencing of the process leaders in various Catalan cities.

With these wickers, the protest will be a thermometer of the state of mobilization of the independence movement on the street after it has lost steam in recent years, after the covid pandemic.

It also remains to be seen what role President Pere Aragonès and the Catalan Executive will have in the Spanish-French summit, as hosts, and if they will have any role. Likewise, the position of Esquerra, the government party, regarding the mobilizations will be significant.