The Government reinforces the fiscal offensive to the highest incomes

The new package of taxes that the Ministry of Finance is preparing, as a response to the fiscal offensive initiated by the PP, will focus on the main assets and income. 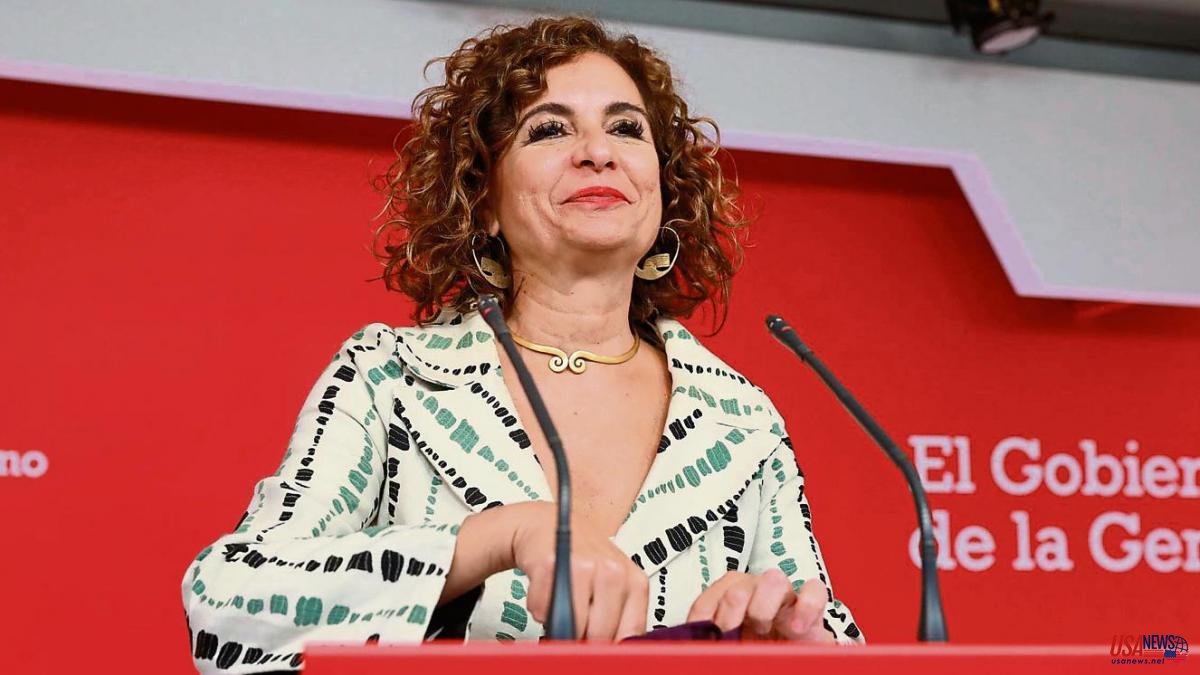 The new package of taxes that the Ministry of Finance is preparing, as a response to the fiscal offensive initiated by the PP, will focus on the main assets and income. In addition to the tax on large fortunes, which the Government intends to launch through its own law and which will serve to annul the wealth bonus in some autonomous communities, there will be a tightening of the personal income tax (IRPF) for returns on capital, explain government sources.

Negotiations to raise personal income tax on capital income in its highest brackets focus on the threshold from which the tax will be raised. An element on which the Treasury is relying is the coalition agreement, which states that the state rate "will be increased by 4 percentage points for income above 140,000 euros." At this time, profits from selling a home, shares in a listed entity or collecting dividends are taxed at 26% at the highest rate, from 200,000 euros. But the Government's objective is to broaden that base and is even negotiating to harden the maximum rate at some point, up to 27%.

At a time of record income for the State coffers, the decision to raise personal income tax on the highest capital income would not excessively increase collection. But it would mean that the Government complies with its investiture pact, since so far only some symbolic adjustments have been made in fiscal matters. In the 2021 budgets, for example, PSOE and United We Can agree to increase the rate for capital income of more than 200,000 euros by three points, up to 26%. What the Treasury is finalizing at this time is one more step.

The measure is totally selective, defends the Government, and is aimed at increasing the fiscal pressure on "those who have the most." Few taxpayers are in the last sections of personal income tax. Of the 21.6 million declarations, setting the bar at the aforementioned 140,000 euros would barely affect some 150,000 taxpayers. According to the latest data from the Tax Agency, there are 11,000 taxpayers who declare more than 600,000 euros for capital income, while just over 103,000 pay taxes for having obtained capital gains of between 150,000 and 600,000 euros. On the possibility of hardening labor income, also provided for in the coalition pact, the Treasury cools this possibility.

To the package related to the highest capital income, the tax on large fortunes will be added. The tax will be parallel to next year's budgets, will come into force at the beginning of 2023 and will be born with the intention of being temporary. It will also serve to raise up to 1,500 million, most of them in the Community of Madrid, where a good part of the great assets are concentrated. In the autonomies where the transferred tax already exists, the state rate will be deductible. Montero also ruled out this Monday the idea launched by the president of the Valencian Generalitat, Ximo Puig, to penalize governments that lower regional taxes.

The tax on banks and energy companies continues, for its part, to advance in its parliamentary process, a tax that will be adapted, in the case of second-tier companies, to the one that comes out of Brussels. In the budget negotiation, the second vice president, Yolanda Díaz, has introduced the possibility of tightening corporate tax on large companies. Treasury sources, however, rule it out.

The Minister of Finance explained this Monday from the federal headquarters of the PSOE, on Calle Ferraz in Madrid, that this package of tax measures aimed at the upper classes seeks, on the one hand, to respond to the "fiscal populism" that the PP has initiated and , on the other, "protect the middle and working class, govern for the people and guarantee a fair distribution of the burdens of the crisis" derived from the war in Ukraine.

The also number two of the Socialists categorically rejected lowering VAT on basic necessities to 4%. The proposal came from the president of the PP, Alberto Núñez Feijóo, who defended before the leadership of his party a reduction in the tax on meat, fish, oils, water, dried pasta and preserves so that the most vulnerable families can cope with inflation.

There will, therefore, be fiscal measures included in the budget bill that is being finalized by the Treasury and other parallel ones. Another proposal under negotiation is the reduction of VAT on feminine hygiene products, the so-called pink rate. The Treasury is studying the possibility of lowering the tax to 4%, a decision that was left out of the abortion law.

The airlines, for their part, also sent a notice to the Government yesterday about the impact that the implementation of a tax on airline tickets could have on tourism and the economy (12% of GDP). The Treasury launched this rate at the beginning of the legislature and was later forced to freeze it due to covid. Now, sources from the Executive cool down the possibility of launching this new tax, which would have to be approved with its own law, before the end of the legislature.