The Ministry of Finance is now considering including in the fiscal plan that it is preparing some measure aimed at benefiting the medium and low incomes. 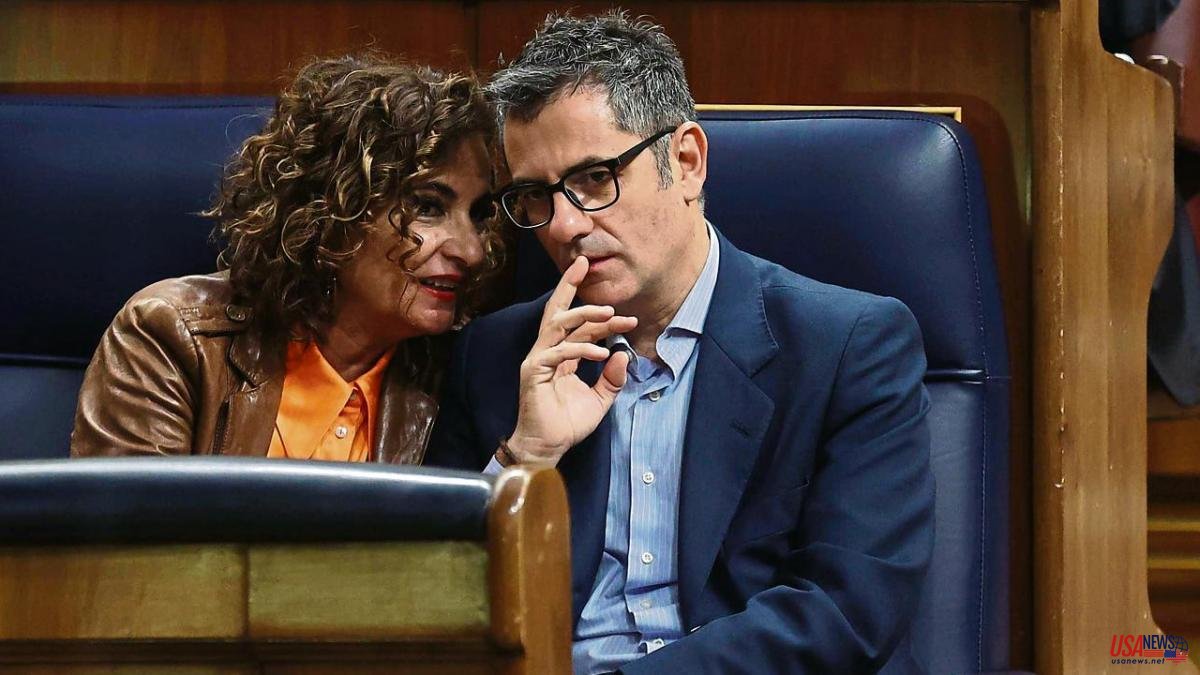 The Ministry of Finance is now considering including in the fiscal plan that it is preparing some measure aimed at benefiting the medium and low incomes. After the controversial announcement by Ximo Puig, which disturbed and made the Government uncomfortable, the socialist area is studying the possibility of incorporating gestures aimed at the groups that are most affected by inflation to reach the end of the month. A correction regarding your initial approach.

The tax package that María Jesús Montero will announce in the coming days would consist, if these developments materialize, of two legs: an ambitious fiscal offensive against the highest wealth and income, in addition to the tax on banking and energy already launched, and some decision aimed at what Pedro Sánchez calls the "middle and working classes."

PSOE and UP met again yesterday to try to bring the public accounts to the next Council of Ministers and the fiscal plan is one of the issues that generates the most debate. Executive sources refer to a generic "there will be a fair distribution of burdens", insisting that the measures will be "selective" and "temporary". It is about, they point out from the government economic area, to follow the open line with decisions such as the bonus of 20 cents per liter of fuel or the VAT reductions on electricity and gas. The message is "that those who have the most make a greater effort to help those most in need."

Regarding the measures under negotiation, one possibility would be to reduce personal income tax on the lowest wages. It is not the same as deflating. The Government would reduce some state brackets of the income tax and would compensate the loss of collection with adjustments in the highest ones. The Treasury does not confirm this option, but it does insist that the collection cannot be compromised.

VAT is another tax under study. Although with an important nuance, since María Jesús Montero has ruled out reducing the tax to 4% on basic foods. One source points out that at this time a person with an average salary benefits much more from the reduction in gasoline or VAT on electricity and gas, than from personal income tax.

In addition, in the Government they consider the suppression of the so-called pink rate, which will imply lowering the tax on feminine hygiene products to 4%. Yolanda Díaz and her team have also put on the table reducing VAT on products for celiacs, an issue that is still under negotiation. The Government is studying the extension of all fiscal measures that expire on December 31.

The government's fiscal package will be deployed in several ways. On the one hand, through the general budgets of 2023, which continue without getting unstuck. And, on the other, using their own laws with urgent processing for new taxes, such as the one directed at banks and energy companies, already in Congress, or the future rate on large fortunes.

Sources from the negotiation assure that at the open budget table in the coalition there had been no talk at any time of reducing taxes on the middle and lower classes, until Puig's announcement. The line to follow in the conversations was to upload them to those who have the most. Moreover, different ministers and members of the PSOE have lashed out in recent hours against the Valencian president's announcement to reduce the regional portion of personal income tax to 60,000 euros. This approach, according to the Government, will mean a decrease in collection and contributes to the downward fiscal "spiral" that the PP has begun.

Puig therefore opened a leak within the framework of the Sánchez government's fiscal policy to try to deal with the PP's offensive. The Basque Country, where the PSE governs, had already done it before. Now other barons, such as Lambán in Aragón, could follow in his wake.

More than half of the regional governments have detailed their personal income tax reduction plan in recent weeks or are about to specify them. In eight of the 17 communities, the reduction in tax pressure is almost universal, with the exception of the highest group of taxpayers who, in the case of Valencia, for example, represent just over 3% of the residents required to file the tax return. the rent.

The three models used by the autonomies to lighten the tax burden of their taxpayers are through the deflation of the regional IRPF rate and the vital and family minimums, as is the case of Madrid; the reduction of rates for certain incomes, as is the case of Castilla y León; or direct deductions, such as Navarra.

Deflation consists of increasing the level of the tax brackets to prevent a taxpayer whose salary has been raised to offset the loss of purchasing power due to inflation from ending up paying more. Therefore, the more the amount of the tranches is increased, the greater the tax reduction.

Madrid, Galicia and Murcia will deflate by 4.1% while Andalusia will do so by 4.3% and the Basque Country by 5.5%. The other regional government (that of Navarra) will apply a 3% deduction on income from work for income of less than 32,000. In Castilla y León the rate will be reduced from 9.5% to 5.3% while in Valencia President Ximo Puig has promised to reduce the tax but without specifying how.

There are other executives, such as those from the communities of Aragón, Cantabria and the Canary Islands who have announced that they are analyzing a tax reduction. The rest either do not plan it or have not made it public.

On Heritage, Andalusia announced its elimination, Galicia cut the rate by 50% and Murcia is studying joining the initiative. Madrid has been subsidizing it 100% for a decade. The rest of the communities maintain it.