The Government puts all the focus on the leader of the PP: "With Feijóo you cannot play even Parcheesi, because he does not respect the rules of the game"

After the "unilateral rupture" of the negotiations to renew the General Council of the Judiciary, which in Moncloa they exclusively attribute to Alberto Núñez Feijóo due to pressure from the toughest wing of the right to which they assure that he did not know how to stand up, the Government has alternatives on the table. 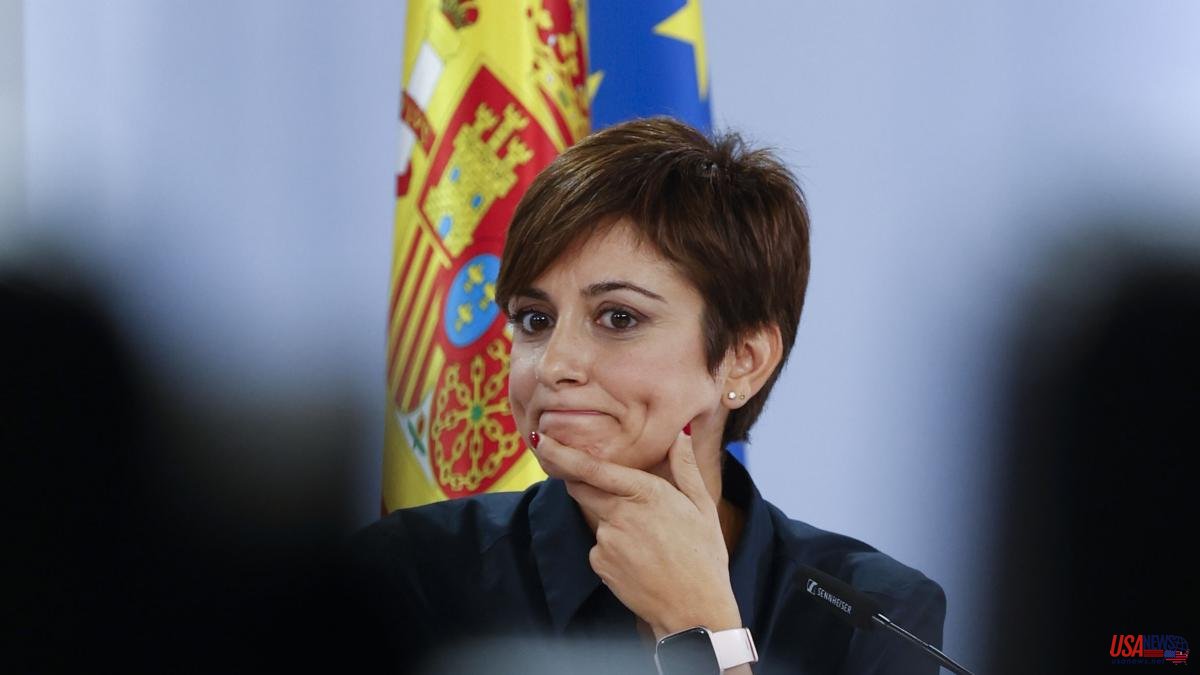 After the "unilateral rupture" of the negotiations to renew the General Council of the Judiciary, which in Moncloa they exclusively attribute to Alberto Núñez Feijóo due to pressure from the toughest wing of the right to which they assure that he did not know how to stand up, the Government has alternatives on the table. But he will not reveal them for now, because his strategy is to keep all the spotlights and all the pressure on Feijóo himself, whom the Socialists accuse of "breaching the Constitution and the rules of the game." "You cannot naturalize and normalize the breach of the Constitution," they warn in Moncloa.

“With Feijóo you cannot play a Parcheesi, because it does not respect the rules of the game”, the Government spokeswoman, Isabel Rodríguez, denounced this Monday, after the meeting of the Council of Ministers. The minister has insisted on the determination of the Executive to "put the accent" on what she considers an "unbearable" breach of the Constitution by the leader of the Popular Party, before revealing what cards she will play to try an institutional crisis entrenched for almost four years.

“After the rupture by the PP of the negotiations to respond to the anomalous and undemocratic situation in which the General Council of the Judiciary is blocked, and also the appointments of the Constitutional Court, the Government maintains its position that compliance with the Constitution does not admit blackmail”, highlighted Isabel Rodríguez. And it has guaranteed the functioning of the constitutional bodies, "despite the PP." But without discovering what plan B the Executive will use from now on.

“Seven months ago, in the PP they told us that someone new was coming to lead. But, unfortunately, what we have seen is that Feijóo does not lead anything, he has come to obey the most ultras in his party and in this country”, Rodríguez has stirred up, who has criticized that the president of the main opposition party “neither does not comply or enforce” the Constitution, by refusing to unblock the renewal of this constitutional body of government of the judges.

The spokeswoman for the Executive has thus indicated that "to insult, block and breach the Constitution we already had Casado", in reference to the previous leader of the PP, Pablo Casado. “The PP is thrown into the bush, trying to hide its irresponsibility as a party, which was a government party, but is disqualified. Those who are still in constitutional rebellion today are not entitled to anything. The rules are there to be complied with, and they are mandatory for everyone”, Isabel Rodríguez has settled.

The Government also insists that "there is no news" on the reform of the crime of sedition. A review of the Penal Code that is precisely the justification used by the PP to break a judicial agreement that was finalized. Isabel Rodríguez has thus warned that the PP and the most radical sectors of Catalan independence support each other in this regard. The minister spokesperson specifically referred to Carles Puigdemont, one of the presumed beneficiaries of said penal reform, as "this man who is on the run from our country". "The position of the Government is clear and emphatic: this man has to come to Spain to be accountable to justice," she stressed. And, immediately afterwards, he criticized: "What is not acceptable is that the PP uses Puigdemont as an argument of authority, as a new shield of protection against the weakness of not knowing how to explain to all Spaniards for breaching the Constitution".

“It is inadmissible that those who put the constitutional order at risk, on both sides, the Popular Party and Puigdemont, now have to resort to each other as an argument of authority. It is eloquent and, in the case of the PP, a shame that it uses this man as an argument of authority instead of being on the side of the Government and compliance with the Constitution”, Isabel Rodríguez has settled.