The Government promotes energy communities by expanding their radius of action

A new term emerges with increasing force in the electrical world: prosumer or prosumer. 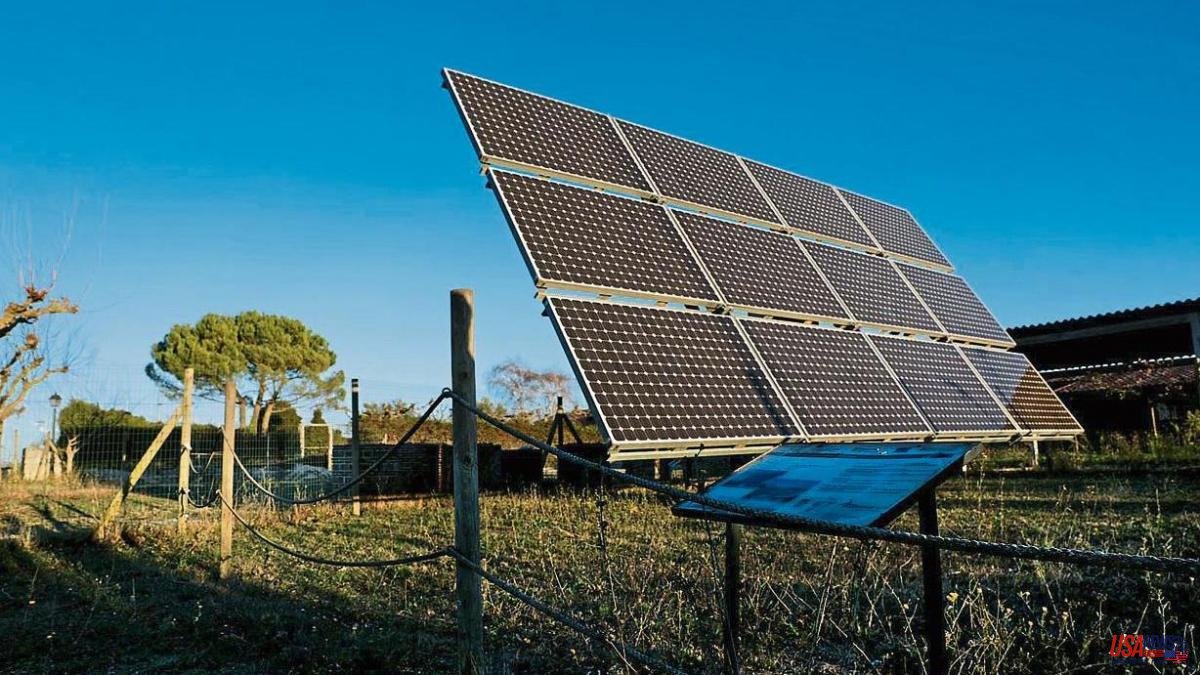 A new term emerges with increasing force in the electrical world: prosumer or prosumer. It mixes producer and consumer and is raised by those who, fed up with the omnipresent power of the large energy companies, seek to be not only passive consumers of energy but also producers and participate in the market on equal terms.

A flag that for years was hardly raised by environmental movements and few political groups and that until recently was seen as a utopia. It is now part of the EU Winter Package that sets out the strategy to recognize the active role of citizens and their taking control in the energy transition.

A role that in the Spanish case could be boosted tomorrow if the long-awaited contingency plan goes ahead to deal with the consequences of the war, in which, as the Secretary of State for Energy, Sara Aagesen, announced last week, a change will be included strategic legislative. The one that will allow electrical self-consumption facilities to share their energy surpluses beyond the current 500 meters, although it is not confirmed if it will be up to two kilometers, and even 20 in unpopulated areas such as Portugal or France. “Everything indicates that it will increase it, although until I see it written I will not believe it. It is what is needed to promote self-consumption, but beyond that to promote the energy communities that are so necessary in unpopulated areas. We must stop setting limits and allow society to self-organize”, says Joan Capdevila, deputy in Congress for ERC, one of the maximum defenders of this model of energy consumption.

The increase in the area will be key to promoting self-consumption even more, and that with the current limit of 500 meters it has grown by 175% in just two years, to 2,600 MW installed by the end of 2021.

“Neither self-consumption nor energy communities could save from short-term shortages. But they are a help, and the energy communities are going to promote industrial activity in rural areas, fix the population and change the mentality from a passive consumer to one that is aware not only of consumption but also of production management”, explains Jorge González , president of Contigo Energía and the Association of Photovoltaic Producers, APPA.

Energy communities are a step beyond self-consumption and even shared consumption, concepts that are often mixed. In all cases the installations offer to produce cheaper electricity. And this is its first attraction. “Meanwhile, in self-consumption and shared consumption there is a single installation and its beneficiaries are behind the meter. That is, they produce their own electricity and, if there is any left over, they can charge for feeding it into the system. In energy communities there may be more than one installation or producer and various legal models that allow the client to actively take part in bidirectional energy management. It is decided when it is produced, when it is consumed, and it strategically goes to the market, just as the large energy companies do now”, explains Óscar Barrero, partner in charge of the energy and utilities sector at PwC.

Allowing surplus energy to be shared beyond 500 meters can make many projects profitable and encourage others. But not only geographical breadth is needed. “After five years of procedures to start up our only mill, now they force us to sell all our production to the system and then contract with an electric company. We produce at a maximum of 45 euros and we have to pay more than 100. The only meaning of so much bureaucracy is to favor the large electricity companies”, laments Pep Puig, the driving force behind the first wind energy community in Spain, located in Pujalt (Anoia ), of the scarce 33 existing communities in Spain, compared to 1,750 in Germany. In any case, if the legislation allows it, those that are knocking on the door are photovoltaic. Cheaper to implement than wind and with a more stable energy source.