The Government plans for a public company to manage highway tolls

The Government rules out launching in the remainder of the legislature the plan sent to Brussels to finance the maintenance of the main Spanish highways and highways with tolls. 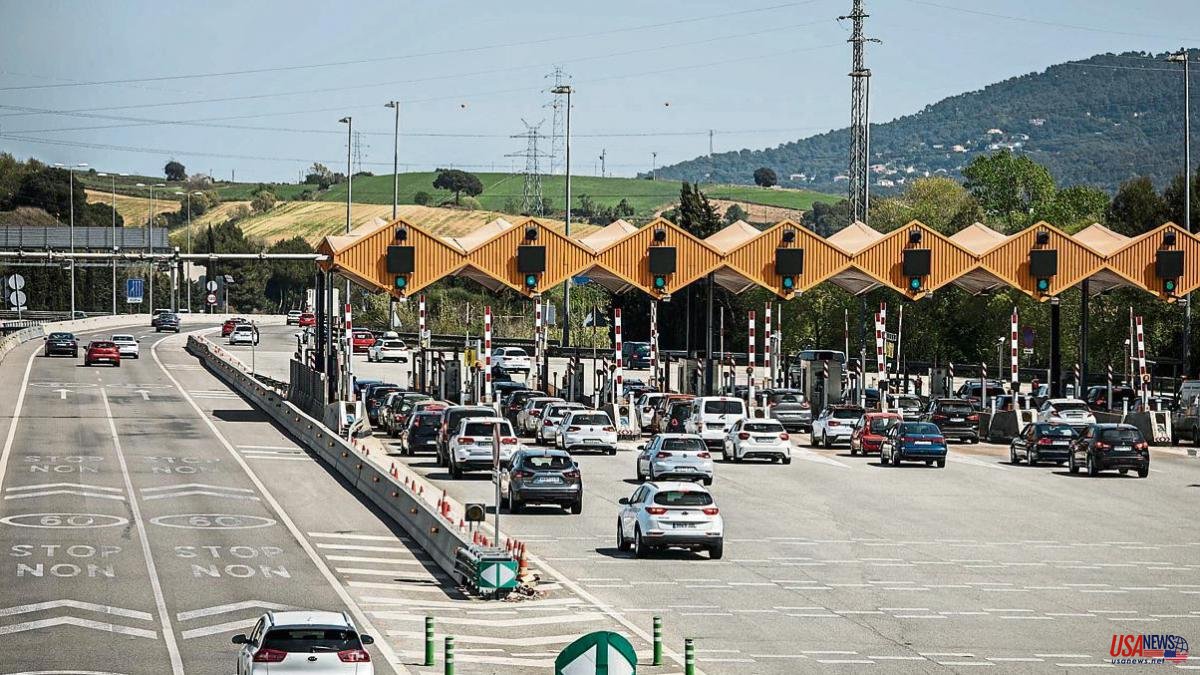 The Government rules out launching in the remainder of the legislature the plan sent to Brussels to finance the maintenance of the main Spanish highways and highways with tolls. Nor will it withdraw this expense from the general state budget. What the Ministry of Transport is preparing is the mechanism to implement the payment model, which will be ready before the general elections and in which a private model has already been ruled out, government sources indicate. On the contrary, it will be supported by a public company destined to become, by chance, the largest highway concessionaire in Spain.

The chosen one is Seittsa, a company created in 2005 that, for the last three years, has acquired a leading role in infrastructure management. It was chosen to manage the highways broken and rescued by the State, including several in Madrid, such as R2, R3, R4 or R5, but also the AP7 between Cartagena and Vera, the Alicante ring road or the section between Ocaña and La Stem. In the future, their presence on the roads will be much greater, they point out from the Executive.

The case of Seittsa is similar to that of Tragsa, the state service company on which the Government relied to process the ERTE in the pandemic and emergency actions, and which it is using to manage some calls for European funds. This state group exceeded 1,000 million euros in revenue and has become an essential pillar for the administration.

Seittsa's relevance does not mean that private companies are left out of the future highway financing model. They will not be in charge of the concessions, but traditional construction companies such as ACS, Ferrovial or Sacyr, concessionaires such as Abertis or technology groups such as Indra or Bip and Drive will continue to have opportunities as contractors. Secondaries, yes.

The Government's idea is to cut up the management of the highways, in a process that will not start until at least 2024. Inflation, which will be persistent for the next year, and other aspects such as the electoral cycle have dissuaded it from launching the plan, which is part of the reform commitments sent to Brussels last year. The cost of maintaining highways and tolls exceeds 1,000 million euros per year and is charged to public accounts.

The companies hoped that the new mechanism would be incorporated into the sustainable mobility law recently approved by the Council of Ministers, but this was not the case. The Government, which to date has only undertaken to study the future financing system for highways, plans to develop it in a subsequent law on transport.

Despite the fact that it is an unavoidable reform, with which the Government is committed, the agreement reached with Brussels contemplates having designed the pay-per-use model at the end of the legislature, not its implementation. Therefore, there is no risk of freezing or reducing community transfers or loans.

The pay-per-use plan goes through a transitory vignette model to then implement a toll per distance travelled. The idea is to first implement a punctual payment model, either monthly, quarterly or annually, like the one already used in European countries such as Switzerland. Then it will start up the so-called toll gates, which are used in Portugal. These devices record the distance traveled by vehicles and charge a user-supplied credit card. The study report will be ready for the government that comes out of the next polls to implement it in the next legislature.

What the Government has approved is the revision of the rates for the current toll highways, which will consist of a 4% increase in January, half of the 8% claimed by the concessionaires in accordance with the provisions of the contracts, which require to review prices with the CPI.

The rise will apply to the AP51, AP61, AP53, AP66, AP7 Alicante-Cartagena, AP7 Málaga-Guadiaro, AP68 and AP71, AP9, AP6 and AP46. The same increase of 4% will also be applied to three highways in which a higher increase should be transferred, of the CPI plus 1%, to face credits or maintenance works. This is the case AP7 Alicante-Cartagena, the AP46 Alto de Las Pedrizas-Málaga and the AP9 Atlantic Highway.

The Government will compensate private concessionaires with subsidies. To begin with, it has enabled a line of credit of 23.3 million. Its objective is that the increases according to inflation are staggered until at least 2026.

Regarding the highways that Seittsa manages, the Government has decided to freeze the tolls in January.