The First Vice President and Minister of Economic Affairs and Digital Transformation, Nadia Calviño, announced today that the new banking tax will be approved through a bill that will be negotiated with the parliamentary groups and whose details will be known next week before the end of the month. 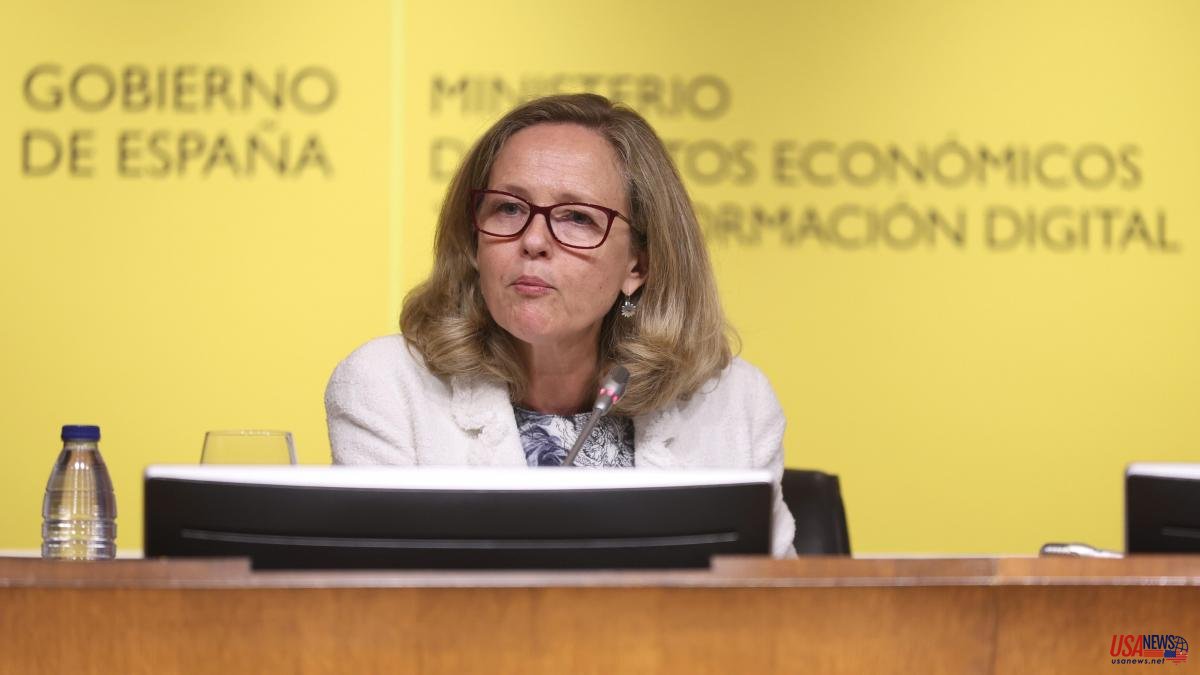 The First Vice President and Minister of Economic Affairs and Digital Transformation, Nadia Calviño, announced today that the new banking tax will be approved through a bill that will be negotiated with the parliamentary groups and whose details will be known next week before the end of the month. The minister made these statements after the meeting she held this Friday with bank representatives to address, among other issues, the new temporary tax that will apply to the sector.

The meeting was attended by the banking employers AEB, CECA and Unacc, the main Spanish financial entities and the governor and deputy governor of the Bank of Spain, Pablo Hernández de Cos and Margarita Delgado. The vice president has assured the sector that this tax is "the right decision" to distribute "the efforts" that represent the impact of the war and high inflation.

The banking tax will be extraordinary and temporary, and its objective is to raise 1,500 million euros per year. Initially, the rate would be in effect for two years. Calviño has also pointed out that banks will play a "more active" role in channeling European funds in the second half of the year, and has announced a plan for financial inclusion in rural areas for the month of September to identify the needs of municipalities with 500 inhabitants, as well as those with more than 500 inhabitants.

Up to now, banks have been opposed to the application of the tax, the announcement of which caused heavy losses for financial entities on the stock market. While the partner of the coalition government, United We Can, proposes to create a new tax offense for electricity companies and financial entities that transfer the cost of the tax to their final prices. Specifically, this proposal involves including a new article in the Penal Code that contemplates penalties of up to ten years in prison for managers who incur in this practice.

"The first parties interested in ensuring that this measure does not have a negative impact on citizens are the banking entities", Calviño said this morning in an interview on RTVE, while adding that the banking system "has to understand that it is time to pitch in and help families and businesses". He has also assured that the decision to create the tax "is made" and that if there were "a concerted action of all entities" to avoid assuming the cost of this tax, the National Market and Competition Commission (CNMC) could act .

In addition, he has detailed that the Executive is designing the tax "in a way that does not have a negative impact on the solvency of entities or on customers." Regarding the United We Can proposal, he expressed the opinion that "companies should not be criminalized" since both financial and energy entities "play a fundamental role for the proper functioning of our company", for which he believes that the solution happens "because everyone contributes to the response to the war".