The Govern will maintain the 50% discount on transport that depends on the Generalitat, such as the Railways (FGC), and on the integrated tickets of Transports Metrolitans de Barcelona (TMB) and will not apply the total gratuity that there will be on trains commuter and medium-distance trains operated by Renfe throughout Spain in the last quarter of the year, from September 1 to December 31. 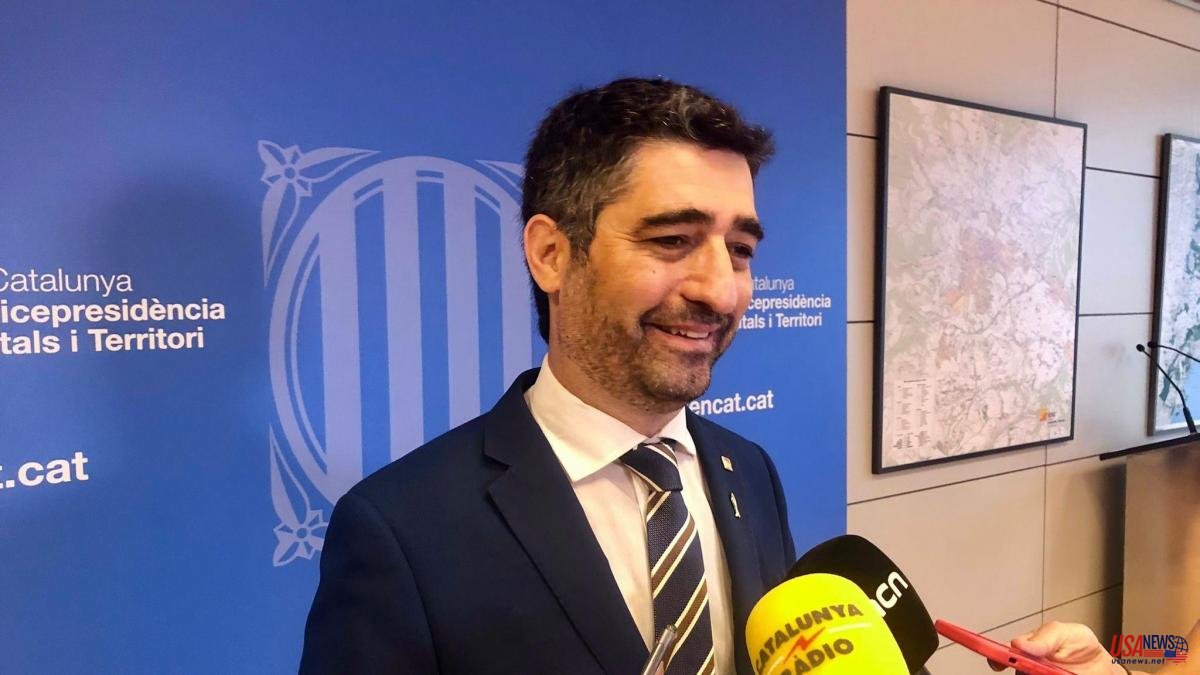 The Govern will maintain the 50% discount on transport that depends on the Generalitat, such as the Railways (FGC), and on the integrated tickets of Transports Metrolitans de Barcelona (TMB) and will not apply the total gratuity that there will be on trains commuter and medium-distance trains operated by Renfe throughout Spain in the last quarter of the year, from September 1 to December 31.

The Vice President of the Government, Jordi Puigneró, with powers in the matter, explained this afternoon, and described as "populist and irresponsible" the measure announced by the Prime Minister, Pedro Sanchez, in the debate on the state of the nation of the Congress of Deputies.

In this way, the gratuity will only affect those who use Rodalies Renfe as the only means of transport and will not apply to those who use integrated tickets and then transfer to the metro, buses or FGC, highlighted the Minister, who has also criticized the fact that the measures are not agreed upon in advance, as was done a few weeks ago when Sánchez announced his first anti-crisis plan.

"Today's free total are tomorrow's cuts," said the head of Polítiques Digitals i Territori in a speech to the media in Barcelona. "What Rodalies Renfe users are asking for is for the service to work, not for it to be free," said the Minister, who believes that making public transport totally free would put their funding at risk. "Therefore, we will maintain the 50% bonus that we had already agreed [at the end of June], in this way we are more responsible with the system as a whole and with the users of public transport", assured Puigneró, who has made the decision after speaking with the Barcelona City Council and the Metropolitan Area of ​​Barcelona (AMB), the other two organizations that, together with the Government, have a say in TMB.

In the opinion of the vice president of the Catalan Executive, Sánchez's announcement, within the framework of his battery of anti-crisis measures, "is a populist and irresponsible measure that puts the public transport financing system as a whole at risk, because that will have to be paid for." someone". In addition, he has continued, "it does not solve the main problems that citizens have today as a result of the crisis that exists at the moment due to different factors, especially due to the increase in inflation". "Prices have risen but public transport has not suffered from inflation and has not risen in price, it does not affect the citizens' pockets. It affects the rise in the energy field, in food or in mortgages... It is a measure that does not benefit the citizens as a whole", stated the minister.

Puigneró has justified his position on the fact that "future cuts" are avoided. "Citizens ask that public transport work, that it be a Rodalies service that guarantees frequencies, punctuality and that does not happen today. Therefore, if the State has less income as a result of giving free tickets, imagine with what capacity it will be able to invest in the public transport system to improve service and utility", he concluded.

The spokesman for the PDECat in Congress, Ferran Bel, has lamented that Sánchez's measure regarding public transport forgets the citizens who need public transport and do not use Renfe or who use the bus, since the railway network does not reach all municipalities.