The agreement proposal that the PSC made public yesterday has not surprised the ERC Government. 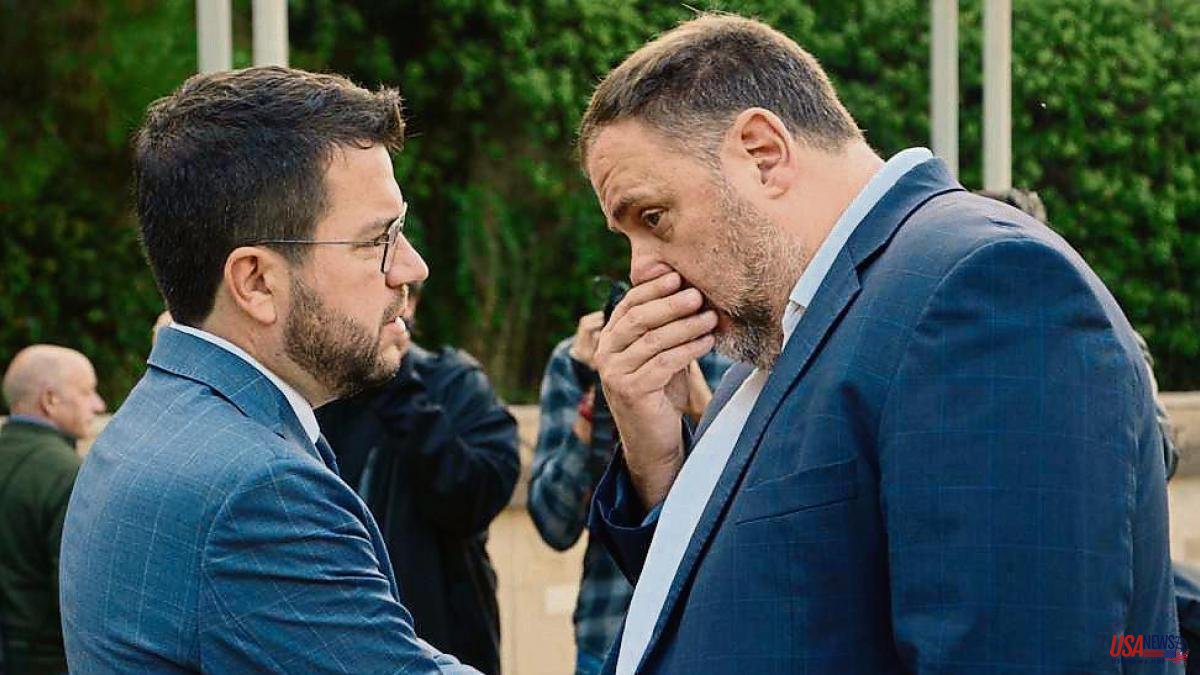 The agreement proposal that the PSC made public yesterday has not surprised the ERC Government. The Republicans assure that the 26 pages of the document are a compendium of what has already been exposed by those of Salvador Illa since the bilateral meetings began on November 7. They point out that they are maximum proposals, but it is now up to the Catalan Executive to discern if the Socialists, by hyping it up, intend to leave their mark; if they are taking the first step to close a pact; If they are trying to readjust negotiations that have been unsatisfactory for them in order to return to the starting point, or if, on the contrary, they are paving the way for a gradual and studied breakdown of the talks.

The Government will have the opportunity to find out next week, for which it already schedules new meetings with the PSC. In any case, the Government's position before the press is that today "there are no relevant changes" and they appeal to "discretion". But at the same time, the Socialists raise issues that are unaffordable for both the Esquerra and the commoners, with whom they agreed to support on December 14. This is how they understand it in the Catalan Cabinet. For now, the extension of current budgets acts as a lifeline.

There are thorny issues. One of them, the fourth belt. The Government of Pere Aragonès has always maintained that the B-40 highway, which today ends in Terrassa, should not connect with Sabadell and they are committed to public transport alternatives, the train and even trams that "break with the radiality and dependence of Barcelona ”. For the Government, the B-40 is an extra-parliamentary issue, as are, in his opinion, the expansion of the El Prat airport and the recreational macro-project of the Hard Rock in Vila-seca. The PSC continues to insist on these three points. But for these last two options, the Republicans maintain a more agnostic position: they neither approve nor reject the two proposals. In the case of the Hard Rock, they argue time and time again that it will get ahead when there are favorable economic and environmental reports.

They use the same for the airport, despite the fact that in its 2021 electoral program ERC made it clear that it advocates "preserving the natural spaces" that surround the airport and applying "all the necessary technological improvements to increase flights without the need for expansion." The European standards for the conservation of natural spaces would prove them right. However, they add a factor to study an extension: that the management of the airport depends on the Generalitat.

Another of the PSC proposals that the Government sees as difficult to resolve is to allocate 24% of the budget for Health to primary care. Aragonès already had difficulties agreeing 20% ​​with the commons. The draft budget provides for an increase of more than 3,000 million in spending compared to 2022. If the absolute numbers increase, it is also difficult to raise the percentages in each of the items.

Nor is it to the liking of the Catalan Executive that the PSC proposes to eliminate the territorial delegation of the Government of the Generalitat in Barcelona. Or that no new delegation opens abroad during 2023. In the Palau de la Generalitat they understand that those from Illa "interfere" in their own and executive decisions of the Government.